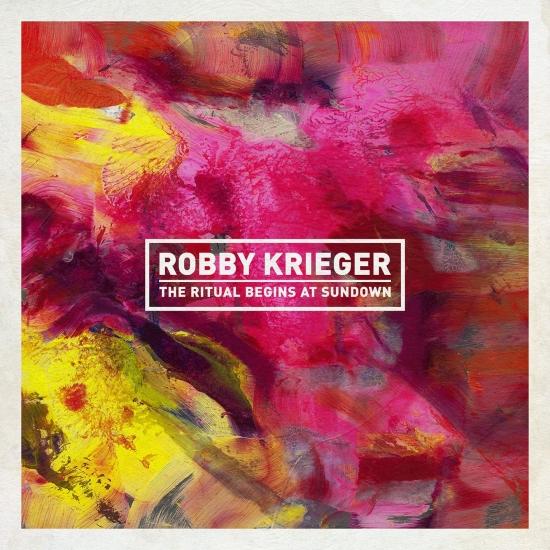 Info for The Ritual Begins At Sundown

The legendary guitarist and songwriter of The Doors and Rock and Roll Hall of Fame inductee Robby Krieger will be releasing his first solo album in 10 years on April 24, 2020. 'The Ritual Begins At Sundown' will be released via his new home at The Players Club, a division of the Mascot Label Group.
The Doors weren't just one of the most iconic bands of their generation, but one of the most influential bands in rock history and Robby Krieger was responsible for writing some of their biggest hits in 'Light My Fire,' Love Me Two Times,' 'Touch Me' and 'Love Her Madly.'
Krieger returns for his 9th solo album and his first since 2010s Grammy nominated 'Singularity,' and once again with his long time writing partner and co-producer Arthur Barrow. Barrow worked with Frank Zappa through the 1970s-80s. The album also features other Zappa alumni Jock Ellis (Trombone), Sal Marquez (Trumpet), Tommy Mars (Keys) and Chad Wackerman (Drums), as well as AeB Bryne (Flute), Vince Denham (Sax), Chuck Manning (Sax) and Joel Taylor (Drums).
“The Ritual Begins at Sundown” is a true testament to Robby’s talent. He has created something for the pure joy and love of the music and it absolutely shines through. (backstageaxxess.com)
Aeb Bryne, flute
Arthur Barrow, guitars, bass
Chad Wackerman, drums
Chuck Manning, saxophone
Jock Ellis, trombone
Joel Taylor, drums
Robby Krieger, guitars
Sal Marquez, trumpet
Tommy Mars, piano
Vince Denham, saxophone 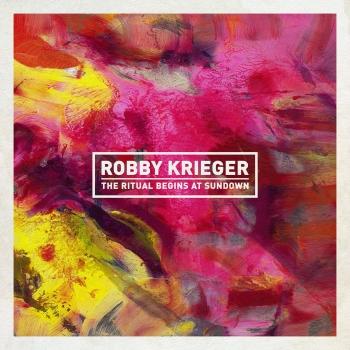 The Ritual Begins At Sundown 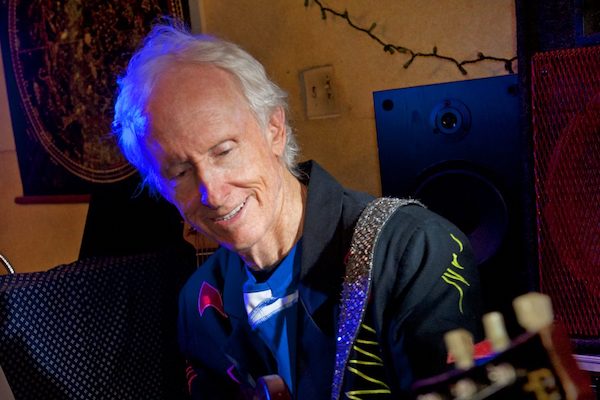 Robert Alan Krieger
born January 8, 1946, in Los Angeles, is a musical performer and The Doors guitarist. He attended UCLA. “The first music I heard that I liked was Peter and the Wolf. I accidentally sat and broke the record (I was about seven). Then I listened to rock ‘n’ roll – I listened to the radio a lot – Fats Domino, Elvis, The Platters.
“I started surfing at fourteen. There was lots of classical music in my house. My father liked march music. There was a piano at home. I studied trumpet at ten, but nothing came of it. Then I started playing blues on the piano?no lessons though. When I was seventeen, I started playing guitar. I used my friend’s guitar. I didn’t get my own until I was eighteen. It was a Mexican flamenco guitar. I took flamenco lessons for a few months. I switched around from folk to flamenco to blues to rock ‘n’ roll.
“Records got me into the blues. Some of the newer rock ‘n’ roll, such as the Paul Butterfield Blues Band. If it hadn’t been for Butterfield going electric, I probably wouldn’t have gone rock ‘n’ roll.
I didn’t plan on rock ‘n’ roll. I wanted to learn jazz; I got to know some people doing rock ‘n’ roll with jazz, and I thought I could make money playing music. In rock ‘n’ roll you can realize anything that you can in jazz or anything. There’s no limitation other than the beat. You have more freedom than you do in anything except jazz – which is dying – as far as making any money is concerned.
“In The Doors we have both musicians and poets, and both know of each other’s art, so we can effect a synthesis. In the case of Tim Buckley or Dylan you have one man’s ideas. Most groups today aren’t groups. In a true group all the members create the arrangements among themselves.”
Most people know Robby Krieger as the consummate music artist in his role as former guitar player and songwriter of the legendary band The Doors.
What shouldn’t be surprising is that creativity has no boundaries and many times artistic expression will spill over into more then one medium for the artist.
Robby Krieger is no exception as demonstrated in his creation of a collection of spectacular, never-before-seen works of art…now available to art lovers and Robby fans.
Now, through the charity services organization, ART FOR A CAUSE, limited edition, giclee prints of his beautiful paintings will, for the first time, be available to the fans of Robby Krieger. “I hope my paintings brings joy and love to art lovers for many years to come.” – Robby Krieger