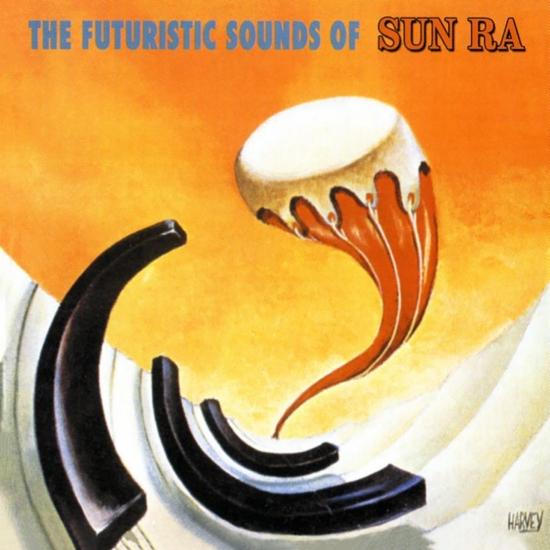 Info for The Futuristic Sounds Of Sun Ra (Remastered)

60th Anniversary Edition of groundbreaking jazz artist Sun Ra’s iconic 1962 album The Futuristic Sounds of Sun Ra. Originally produced by Tom Wilson, this is the first Sun Ra album to be recorded by Arkestra in NYC.
Sun Ra’s only release for the Savoy label is a gem. Recorded in October of 1961, this is probably the first recording the Arkestra made after arriving in New York. As such, you’re dealing with a smallish Arkestra (seven main instrumentalists, joined by vocalist Ricky Murray on “China Gate”) that’s still playing the boppish, highly arranged music characteristic of the Chicago years (1954-1961). Ra sticks to acoustic piano for the entire session, but various percussion instruments are dispersed throughout the band, giving a slightly exotic flavor to some of the tunes. John Gilmore plays bass clarinet on a couple tunes (as well as some great tenor solos), and Marshall Allen’s flute playing is excellent, as always. This album was produced by Tom Wilson, who also produced the first Sun Ra LP, Jazz by Sun Ra (1956) for the Transition label, later reissued by Delmark as Sun Song (Wilson later went on to sign the Mothers of Invention to Verve and “electrified” Bob Dylan). With the exception of “The Beginning,” all the tunes are very accessible. This is one to play for the mistaken folks who think the Arkestra did nothing but make noise.
Sun Ra, piano
Bernard McKinney, trombone, euphonium
Marshall Allen, alto saxophone, flute, 'morrow' (a Japanese shakuhachi with a Bb clarinet mouthpiece
John Gilmore, tenor saxophone, bass clarinet
Pat Patrick, bass saxophone
Ronnie Boykins, bass
Willie Jones, drums
Leah Ananda, conga
Ricky Murray, vocals on 'China Gate'
Digitally remastered 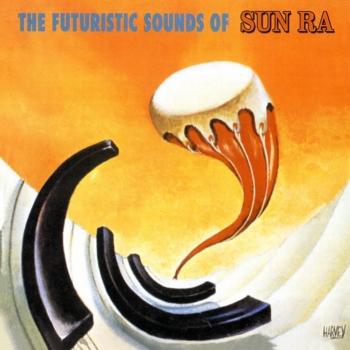 Sun Ra
was a jazz composer, bandleader, piano and synthesizer player, poet and philosopher known for his "cosmic philosophy," musical compositions, and performances. He was one of the most important figure in 60's avante garde jazz along with artists such as Ornette Coleman, John Coltrane, and Albert Ayler. "Of all the jazz musicians, Sun Ra was probably the most controversial," critic Scott Yanow said, due to Sun Ra's eclectic music and unorthodox lifestyle. Claiming that he was of the "Angel Race" and not from Earth, but from Saturn, Sun Ra developed a complex persona of "cosmic" philosophies and lyrical poetry that made him a pioneer of Afrofuturism as he preached awareness and peace above all. He abandoned his birth name and took on the name and persona of Sun Ra (Ra being the ancient Egyptian god of the sun), and used several other names throughout his career, including Le Sony'r Ra and Sonny Lee. Sun Ra denied any connection with his birth name, saying "That's an imaginary person, never existed ... Any name that I use other than Ra is a pseudonym." From the mid-1950s to when he left the planet in 1993, Sun Ra led "The Arkestra" (a deliberate re-spelling of "orchestra"), an ensemble with an ever-changing lineup and name (it was also called "The Solar Myth Arkestra", the "Cosmo Discipline Arkestra", the "Blue Universe Arkestra", the "Jet Set Omniverse Arkestra", among many other permutations. Sun Ra asserted that the ever-changing name of his ensemble reflected the ever-changing nature of his music. Sun Ra's music ranged from keyboard solos to big bands of over 30 musicians. His music touched on virtually the entire history of jazz, from ragtime to swing music, from bebop to free jazz. He was also a pioneer of electronic music, space music, and free improvisation, and was one of the first musicians, regardless of genre, to make extensive use of electronic keyboards.
After Sun Ra left the planet, the Arkestra was led by tenor saxophonist John Gilmore. Following Gilmore's death in 1995, the group has performed under the direction of alto saxophonist Marshall Allen, who celebrated his 86th birthday (or Arkestrally "Arrival Day") on stage during a Sun Ra Arkestra performances at Johnny Brenda's in Philadelphia on May 25, 2010. Marshall Allen has now given 52 years of uninterrupted dedicated service to the Sun Ra Arkestra. He continues to move the Arkestra forward not as a repertory band or a ghost band, but as a spirit band, maintaining the discipline centered on the study, research, and further development of Sun Ra's precepts. The spirit of Sun Ra is alive and well in the present day manifestation of the Sun Ra Arkestra with Marshall featuring a mix of classic Sun Ra compositions and arrangements alongside Marshall's own compositions and arrangements that are deeply rooted in the spirit of Sun Ra. Along with leading the Arkestra, Marshall plays the alto saxophone, flute, clarinet, oboe, kora, and EVI (Electronic Valve Instrument). He is internationally recognized as the premier avant-garde saxophonist on the planet.