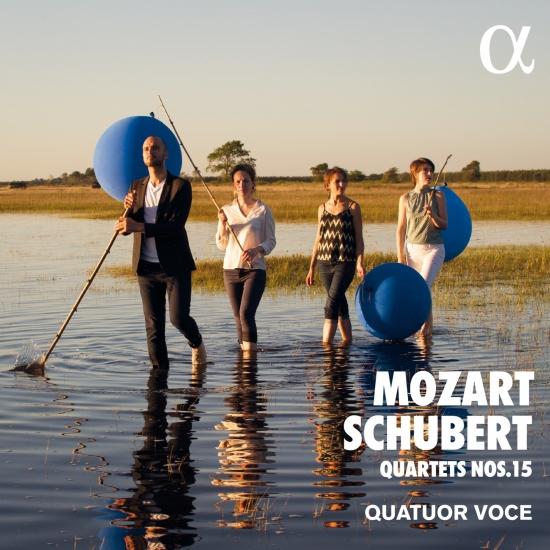 The Quatuor Voce is fifteen years old! To celebrate this anniversary, the four musicians present a CD focusing on two composers, Mozart and Schubert, but only one number: 15! This milestone, an age imbued with both ardour and maturity, is therefore embodied in the respective fifteenth quartets of these two geniuses of the eighteenth and nineteenth centuries. Mozart composed his Quartet No. 15 in 1783, as the second in the set of six quartets dedicated to Haydn. Schubert wrote his Quartet No.15, his last work in the genre, in 1826. He composed it in only ten days but did not live to hear its first performance, which took place twenty-three years after his death.
Quatuor Voce 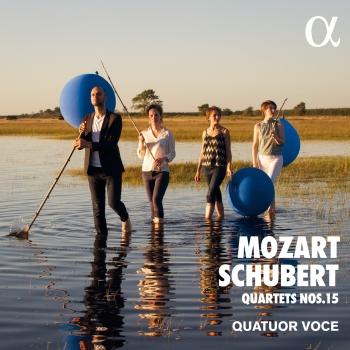 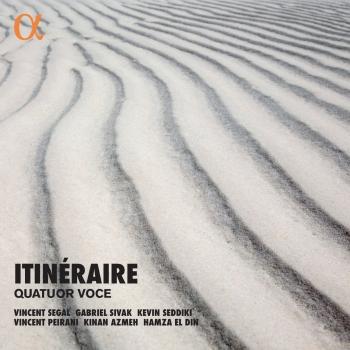 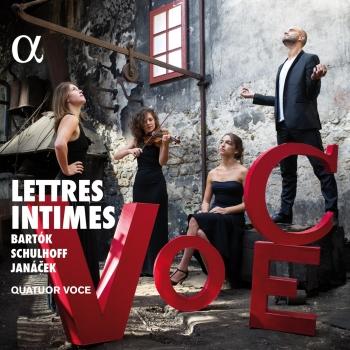 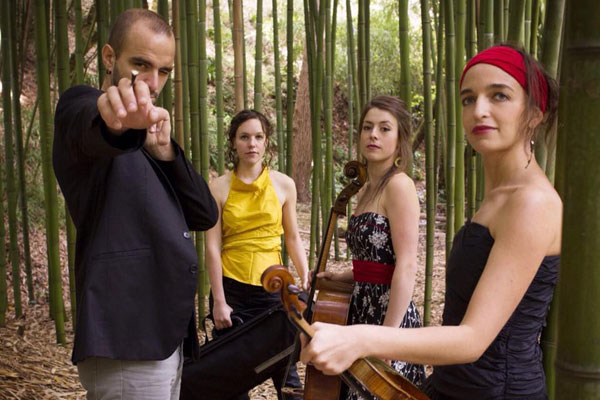 Quatuor Voce
“One of the best French quartets I have heard for some years (...). The Quatuor Voce has every quality that goes to make a good quartet: refinement, beautiful tone, excellent ensemble, precise chording, fine rhythm and loads of character.” Tully Potter, The Strad
In only a few years the Quatuor Voce has received numerous prizes in international competitions, most notably Geneva, Cremona, Vienna, Bordeaux, Graz, London and Reggio Emilia. Giving concerts worldwide, the quartet also works regularly with many outstanding artists such as Yuri Bashmet, Gary Hoffman, Nobuko Imai, Bertrand Chamayou, David Kadouch, Juliane Banse...
Following a nomination from the Cité de la Musique in Paris, the European Chamber Hall Organisation (ECHO) has named the quartet as Rising Stars for the 2013-2014 season.
Since its debut in 2004, the Quatuor Voce has been committed to championing the great repertoire for string quartet, seeking guidance from some of its leading exponents (the Ysaÿe Quartet, Günter Pichler, Eberhard Feltz).
Dedicating its first CD release to the music of Schubert, the recording was the critic’s choice in The Strad and was given 'ffff' in Télérama.
Open to the diverse influences of the world which surrounds them, the Voce regularly work closely on new commissions from modern day composers - Bacri, Cresta, Finzi, Markéas, Mantovani, Moultaka, Looten... Their curiosity has lead them to experiment with different forms of concert performance : they give their voice to silent movies from W. F. Murnau to B. Keaton, and share their universe with such diverse personalities as the musicologist Bernard Fournier, the singer and guitarist -M-, the Canadian singer Kyrie Kristmanson, and choreographer Thomas Lebrun.
At the heart of the quartet is a strong desire to transfer their experience, be it teaching younger quartets or encouraging amateur players on music courses.
Since its creation the Quatuor Voce has benefited from the support of numerous organisations, most notably ProQuartet CEMC, the Théâtre de la Cité Internationale, the Fondation Banque Populaire, the Académie Musicale de Villecroze, the Instituto Albéniz in Madrid, and the Fondation Charles Oulmont.
Sarah Dayan plays on a violin by Stefano Scarampella (1888), Cécile Roubin a violin by Francis Kuttner (2010), Guillaume Becker a viola by Aymeric Guillard (2005) and Lydia Shelley a cello by Bernard Simon Fendt (1830).