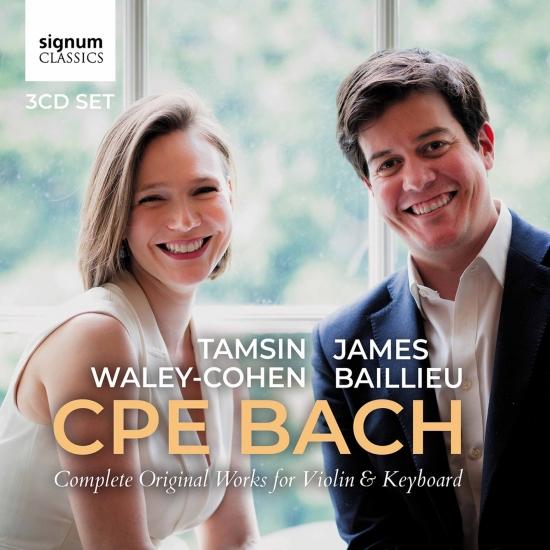 Born in Weimar, Carl Philipp Emanuel (1714-88) was the fifth child and second surviving son of JS Bach and his first wife Maria Barbara. By his own account he had no other teacher for composition and keyboard except his father. Nevertheless, the majority of Emanuel’s earliest works owe more to the influence of Telemann and other exponents of the new galant style, while already suggesting his own progressive instinct.
At the age of twenty-four, after seven years studying law, Emanuel decided to devote himself to music. In 1738 he accepted the position of keyboard player at the court of the Prussian crown prince - the future Frederick the Great. After nearly thirty years of royal service he left Berlin and moved to Hamburg, where he occupied the positions of Music Director and Cantor until his death.
Described by the Guardian as a performer of “fearless intensity,” former ECHO Rising Star Tamsin Waley-Cohen has established herself as one of the most insightful and versatile young British violinists.
Described by The Daily Telegraph as “in a class of his own,” James Baillieu has been the prize winner of the Wigmore Hall Song Competition, Das Lied International Song Competition, Kathleen Ferrier and Richard Tauber Competitions. He plays these CPE Bach compositions on a modern piano.
Tamsin Waley-Cohen, violin
James Baillieu, piano 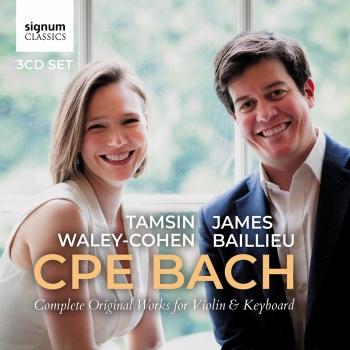 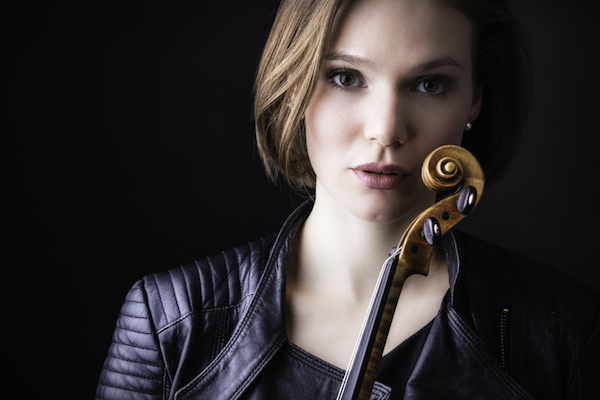 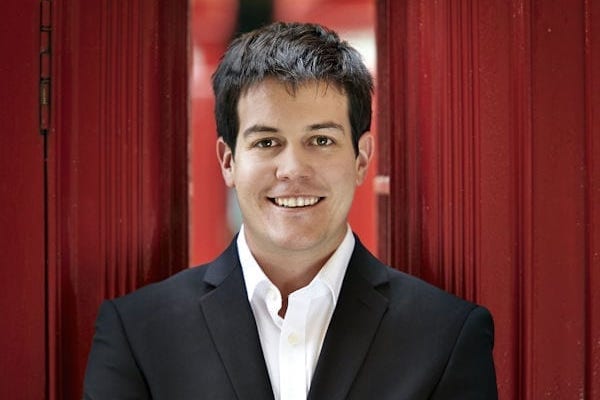 Tamsin Waley-Cohen
Described by the Guardian as a performer of "fearless intensity", former ECHO Rising Star Tamsin Waley-Cohen has established herself as one of the most insightful and versatile young British violinists.
Last season, Tamsin made her debut with the Czech Philharmonic Orchestra under the baton of Ben Gernon, performing and recording the world premiere of a new violin concerto by British composer Richard Blackford, which has recently been released by Signum Records, whilst in 2018/19 she visits Japan for her debut with the Yomiuri Nippon Symphony Orchestra, with whom she performs Tchaikovsky’s Violin Concerto under Ken-Ichiro Kobayashi. She also collaborates again with Ben Gernon, performing Mozart’s 5th violin concerto with the Brighton Philharmonic Orchestra. This season also sees her making her debut at the Frick Collection in New York, and touring China with James Baillieu, and Italy with Gloria Campaner.
She has recently performed with numerous orchestras, including the Hallé Orchestra, Royal Liverpool Philharmonic Orchestra under Vasily Petrenko, Royal Philharmonic, London Philharmonic, Bournemouth Symphony Orchestras, the Royal Northern Sinfonia and the Christchurch Symphony Orchestra.
Tamsin is a recording artist for Signum records, for whom she has recorded recital discs with Huw Watkins, and concerti discs including the Gramophone nominated Harris and Adams concertos with the BBCSO and Andrew Litton. Her next release in spring 2019 will be the complete works of CPE Bach for Keyboard and Violin with James Baillieu.
Together with her sister, Freya Waley-Cohen, and architects Finbarr O'Dempsey and Andrew Skulina, Tamsin held an Open Space residency at Snape Maltings, developing the music and architecture work, "Permutations".
Tamsin’s constant ambition to explore new artistic goals has led her to build up a wide ranging chamber music network and in 2016, she founded a new string quartet, the Albion Quartet, which has already made its debuts at Amsterdam’s Concertgebouw, the Auditorium du Louvre in Paris, and Aldeburgh Festival. Her interest in contemporary music has led to strong relationships with composers including the late Oliver Knussen – who wrote a new work for violin and piano for her 2016 ECHO tour, – and Huw Watkins, who is her duo partner, and will write a new work for her to be premiered at Wigmore Hall in 2020. Other regular chamber partners include James Baillieu, Camille Thomas and Annelien van Wauwe. Tamsin is also Artistic Director of the Honeymead Festival on Exmoor, now in it’s 12th year.
James Baillieu
Described by The Daily Telegraph as ‘in a class of his own’ James Baillieu has been the prize-winner of the Wigmore Hall Song Competition, Das Lied International Song Competition, Kathleen Ferrier and Richard Tauber Competitions. He was selected for representation by Young Classical Artists Trust (YCAT) in 2010 and in 2012 received a Borletti-Buitoni Trust Fellowship and a Geoffrey Parsons Memorial Trust Award. In 2016 he was shortlisted for the Royal Philharmonic Society Outstanding Young Artist Award.
James has given solo and chamber recitals throughout Europe and further afield. He collaborates with a wide range of singers and instrumentalists including Lawrence Power, Jack Liebeck, the Elias and Heath Quartets, Ian Bostridge, Dame Kiri te Kanawa, Annette Dasch, Pumeza Matshikiza, Jamie Barton, Markus Werba and Catherine Wyn Rogers. Venues include Wigmore Hall, Concertgebouw Amsterdam, Berlin Konzerthaus, Vienna Musikverein, the Barbican Centre London, Wiener Konzerthaus, Cologne Philharmonie and the Laeiszhalle Hamburg. Festivals include Festpillene i Bergen, Spitalfields, Aldeburgh, Cheltenham, Bath, City of London, Aix-en-Provence, Verbier, St Magnus, Derry, Norfolk & Norwich and Brighton Festivals. As a soloist, he has appeared with the Ulster Orchestra, the English Chamber Orchestra and the Wiener Kammersymphonie.
An innovative programmer, James has already curated a number of projects, including series for the Brighton Festival, Wigmore Hall, BBC Radio 3, Verbier Festival, Bath International Festival and Perth Concert Hall.
James has presented his own series at the Wigmore Hall with Adam Walker, Jonathan McGovern, Ailish Tynan, Tara Erraught, Henk Neven, Iestyn Davies, Allan Clayton and Mark Padmore amongst others. This series was shortlisted for the Royal Philharmonic Society’s Chamber Music and Song Award for an outstanding contribution to the performance of chamber music and song in the UK during 2016. Recent collaborations include Benjamin Appl, Kathryn Rudge, Jamie Barton and Lise Davidsen. This season’s engagements include appearances at Wigmore Hall in London, Park Avenue Armory in New York, Phillips Collection in Washington, Cleveland in the US and performances at the Heidelberger Frühling and Konzerthaus Dortmund.
Recent collaborations include appearances with Allan Clayton, Louise Alder, Adam Walker, Benjamin Appl, Lise Davidsen, Tara Erraught, Amy Harman and Markus Werba at venues including Wigmore Hall, Oxford Lieder, Concertgebouw Amsterdam, Bozar Brussels, Louvre Paris, Pierre Boulez Saal, Hong Kong City Hall and the Vancouver Playhouse.
James enjoys working with young musicians and is a Professor at the Royal Academy of Music, a coach for the Jette Parker Young Artist Programme at the Royal Opera House, a course leader for the Samling Foundation, and is head of the Song Programme at the Atelier Lyrique of the Verbier Festival Academy. He is also International Tutor in Piano Accompaniment at the Royal Northern College of Music. This season James will lead masterclasses with Mark Padmore at the Aldeburgh Festival for the Britten-Pears Young Artists Programme as well as for the Samling Foundation.