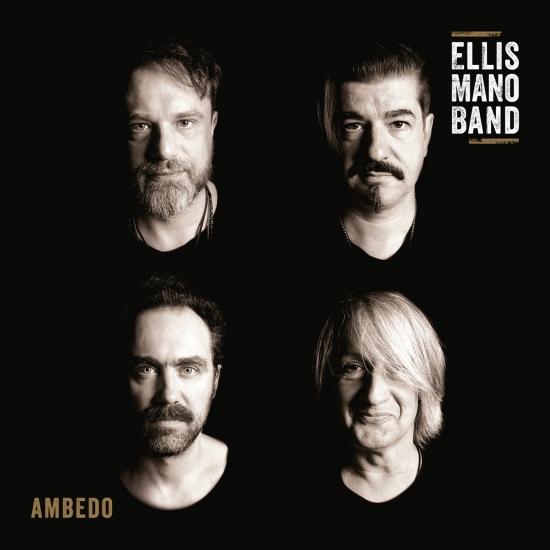 The project was born in a random late-night conversation between singer Chris Ellis and guitarist Edis Mano in 2016. They reached out to drummer Nico Looser and top session bassist Severin Graf also came on board, and the Ellis Mano Band was complete.
In Switzerland, the Ellis Mano Band are not unlike the Wrecking Crew or the Funk Brothers. They are top-flight studio musicians and elites in the Swiss music scene. Although they spent years making music with other artists, the band members never got much time to make music of their own until now.
“We chose the album title “Ambedo” because it reflects the state of the process of recording an album,” says guitarist Edis Mano. “Ambedo” refers to the tendency both to reflect and to absorb. Musicians like us do it all the time, especially when we compose new songs and create a new album.”
Every track on the new album is rich with perfectly chosen detail including Chris Ellis’s rough voice, Edis Mano’s vintage sounding guitar playing, and the tight rhythm section of drummer Nico Looser and Severin Graf (bass). The album also features Hammond B3 organ, and horns that reflect the blazing summer heat during which they were recorded. The harmonious backing vocals are reminiscent of something you would hear from Muscle Shoals Studios.
“We would get together with just a few ideas, fill it out, let it grow, work on it, with a great passion,” says Chris. “For session musicians, it was not about having just another project to play on, but it was an opportunity for us to play as a real band again. It was a great feeling to see the guys together and getting emotional from time to time playing the music.”
The album was recorded at Edis Mano’s Studio E10 with a lot of vintage gear and instruments and produced with a contemporary sound. All songs were recorded live with just a few later overdubs, including backing vocals and horns.
The album is nothing short of brilliant. With “Ambedo”, the Ellis Mano Band presents a rich tapestry of that universal joy and sorrow; the awkward moment after a one-night stand in “Breakfast”, the desperation and grief in “Long Road” and by contrast, the loud social criticism in “The Horrible Truth”.
Each track is saturated in a deep respect and understanding of American roots music, from the early blues of the American South through to the revolutionary blues and rock revolution of 1960s Britain.
Influenced by Led Zeppelin, J.J. Cale, Tedeschi Trucks Band, Jimi Hendrix and more recently John Mayer, the Ellis Mano Band have put their own unique stamp on the blues which has now become a shared global phenomenon.
“Ambedo” is slated for a June release, and the band hopes to follow it up with tours across Europe and North America.
“Making this music was fascinating, it was really easy to create the music and take it further,” said Chris. “It was a beautiful experience and I hope we can repeat it time and time again.”
"Breakfast is pure, slow, British blues. There’s a nod to Peter Green’s early Fleetwood Mac here, with drummer Nico Looser and bassist Severin Graf carefully putting a slow beat down with due respect and restraint. Edis Mano’s sweet blues solos and licks perfectly marry with Chris Ellis’s pleading vocals. Keep It Simple is more of a pacey country-rock number, it has a real Chris Rea feel to it, albeit with more tortured Gillan-esque vocals over the top. But it’s still closely tied to their blues rock roots. The first single, released in April, it refers to the one subject on the planet that certainly is not simple at all – love. And so to the album’s closer, Heart ‘n’ Mind. It’s gentle, pastoral, and a power ballad all at once – again in a classic “The River-era” Springsteen vocal and arrangement. A really meaty, deep, emotionally loaded, atmospheric conclusion to a great album that has a touch of everything!" (velvetthunder.co.uk)
Ellis Mano Band:
Chris Ellis, vocals
Edis Mano, guitar
Severin Graf, bass
Nico Looser, drums
Additional musicians:
Manuel Halter, keyboards
Leslie Bogart, backing vocals
Cathryn Lehmann, backing vocals 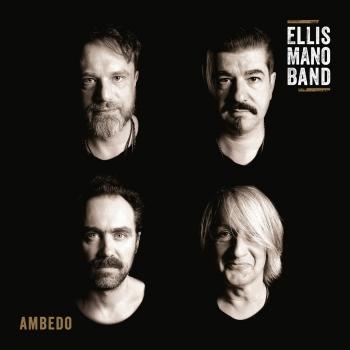 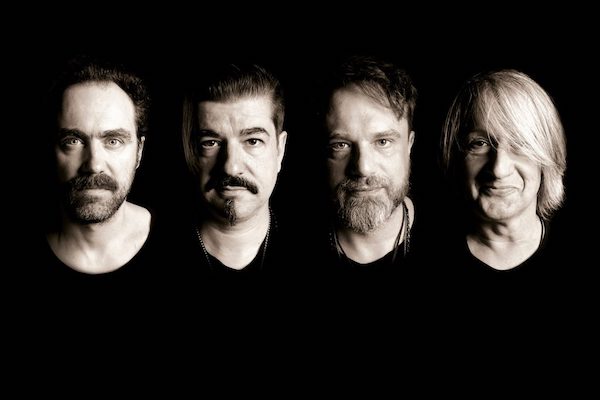 The Ellis Mano Band
was born in a random late-night conversation between singer Chris Ellis and guitarist Edis Mano in 2016. In various vocal groups, Chris Ellis was a regular on Swiss and German television and radio and on the summer open air concert scene. Edis Mano was a celebrity in his own right in the Balkans, where he filled stadiums as a youth, before backing all the top names in Switzerland. The two discovered that they share a love of American blues and Southern rock and hatched a plan to do a project of their own.
They reached out to drummer Nico Looser, who had been serving for years in the band of Switzerland’s top late night TV show and touring as a backing musician for top Swiss pop artists. He also played on Bob Dylan protégée and band alumnus Scarlet Rivera’s album “Journey With An Angel” and toured with her for two years. Top session bassist Severin Graf, known in Switzerland as “Mr. Groove,” also came on board, and the Ellis Mano Band was complete.
Making their own music, based on the blues, Americana, Southern rock, and soul – this is the music they love, and together, it makes for a powerful experience for the four musicians who comprise the Ellis Mano Band.