For the Kick of It Christy Doran's Sound Fountain 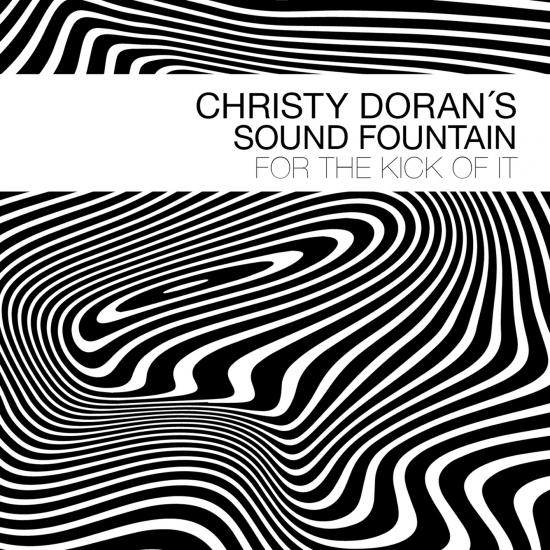 Label: Between The Lines

Info for For the Kick of It

Christy Doran's Sound Fountain Trio (with Franco Fontanarrosa on Bass and Lukas Mantel on Drums) explores the musical territories pushing to the limits the capabilities of the standard guitar trio.
In his 70th year of age, the guitarist now wants to immerse himself in a fountain of youth again, but in doing so he focuses all his creative power on a single project. The dream band has long had a shining reputation: Sound Fountain, the collaboration that has existed since 2014 with Argentine bassist Franco Fontanarrosa and Lukas Mantel, one of the most innovative Swiss drummers. They are extremely close both in a human and musical sense, Christy Doran said. "It's incredibly fun to play and be with Franco and Lukas. A lot more is going to happen!" After the two celebrated live CDs "Belle Epoque" from 2015 (BTLCHR71242) and "Undercurrent" from 2017 (INTCHR 71326), this announcement can be taken literally. Their first album completely created in a studio, "For The Kick Of It", was recorded in no man's land 200 kilometres beyond Cordoba and mixed by the legendary Australian sound master Aaron Mason.
The numerous tours and concerts have served Doran, Fontanarrosa and Mantel well, bringing them together even more than ever before to form a closed, homogeneous, organic unit. Abundant drive, highly complicated meters, sudden or strangely searching topics, but also clearly driving body rhythms, atmospheric relaxation zones, theatrical actions, electronically supported howling and chuckling, small outbursts of violence, recitative near-standstill, short pretences of tenderness, which arise in furious sound loops or seemingly free lyrical confusion, small sound paths that quietly put themselves in the corner: all of this is transformed on "For The Kick Of It" into spiritual, artistically brilliant entertainment, created in the midst of a highly artistic flow of ideas.
Christy Doran, electric guitar
Franco Fontanarrosa, electric bass
Lukas Mantel, drums

For the Kick of It 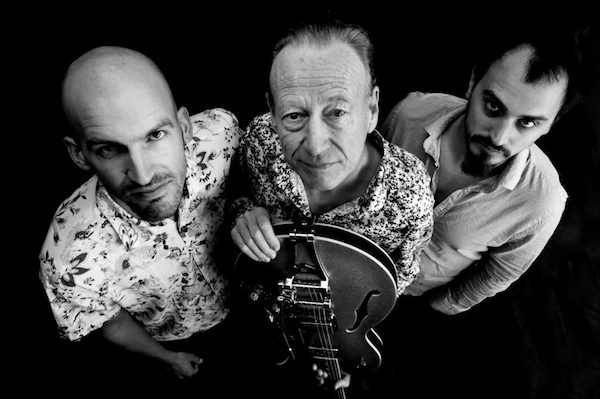