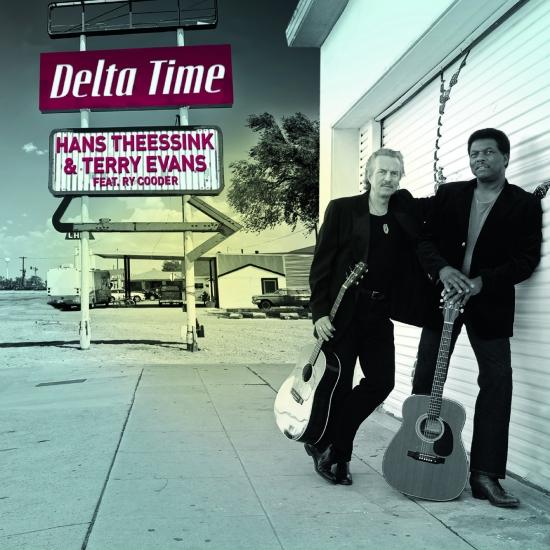 Hans Theessink and Terry Evans may be from separate sides of the Atlantic Ocean but they work together beautifully and make sense as a natural combination. These two vastly experienced and respected musicians are committed performers who are a perfect foil for each other. Theessink's lazy baritone and Evans' extraordinarily soulful gospel tones are tailor made to blend together with spine-tingling results. Timeless blues, gospel and soul related music comes alive in the capable hands of these two masters. With just two guitars and two remarkable voices they bring forth honest and straightforward power in a stripped down musical situation - an unhurried vibe that's contagious and flows with the easy rhythm of buddies with mutual respect having a blast singing and playing together. Guitarist Ry Cooder is featured on 3 tracks and joining Terry on backing vocals on 5 tracks are Arnold McCuller and Willie Greene Jr.
When we first heard Theessink doing When the Man Comes Around last year, we knew instantly why he had such a good reputation as a Euroblues/folkie. This time around Ry Cooder, who doesn't have to do sessions for the money, drops by to lend a hand and an imprimatur to American audiences. Evans Mississippi roots must have made a real impact on Theessink as this sounds like something that was totally, natchurly born in the delta. Cooder just does a drive by but the over all sound is like a soundtrack Cooder did for a movie set in the southwest or the delta. One of the greatest back porch albums to come along this year, this is just one of those too good to be true records, plain and simple. If you haven't been bitten by the late night, acoustic blues sound, this set is sure to put you on a course you won't be coming back from soon. Killer! (Midwest Record)
„The follow-up to the European-American duo's 2008 release Visions is a similarly styled, stripped-down set of acoustic blues, gospel, and soul covers, with some Theessink originals. Evans' old employer Ry Cooder swings by this time to contribute his distinctive guitar to three tracks. Since Theessink's sound has typically shared a comparable sense of the organic spaciousness that characterizes much of Cooder's work, the resulting music is a terrific meeting of the minds. It's so good on Theessink's subtle "Shelter from the Storm" (not the Dylan tune), especially with a male backing trio of vocalists (also inspired by Cooder's work), that you wish the two would record an entire album together. Theessink and Evans nail a sweet spot with their voices on the classic Delmore Brothers' "Blues Stay Away from Me" where just skeletal guitar and Cooder's always tasteful slide fills are all the song needs to resonate long after the last note fades. Evans and Theessink even bring fresh life to the slight but catchy Jewel Akens mid-'60s pop hit "The Birds and the Bees," with the guitarist picking up mandolin for a frisky and classy version of what most would consider an insignificant piece of fluff in its original version. Evans turns in yet another gripping version of J.B. Lenoir's "Down in Mississippi," a song he has sung both with Cooder and solo for decades. He slides into tough Southern soul on a cover of the James Carr classic "Pouring Water on a Drowning Man," singing tenor with Theessink's deep bass voice adding harmonies. The closing ten-minute "Mississippi," another tune about Evans' birthplace, is an upbeat folk-blues with churchy overtones and a stomping R&B backbone that effectively coalesces the previous dozen slices of roots Americana as Theessink does a roll call of famous musicians who were born in the state -- and oddly some that weren't -- with Evans howling in appreciation. The session is predominantly live with just a few guitar overdubs, and the sheer joy of playing together is contagious as it electrifies a vibe that thrives on its laid-back, down-home groove.“ (Hal Horowitz, AMG)
Hans Theessink, guitar, mandolin, banjo, harmonica, percussion
Terry Evans, guitar, vocals
Arnold McCuller, background vocals
Willie Greene Jr., background vocals
Please Note: Abridged album version. Not all tracks exist in 96kHz. Therefore, this is a special version for HIGHRESAUDIO. 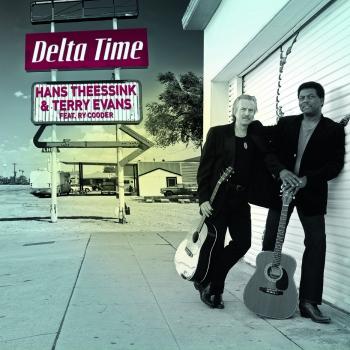 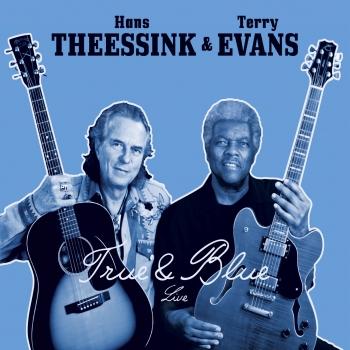 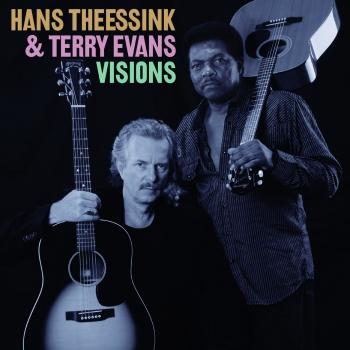 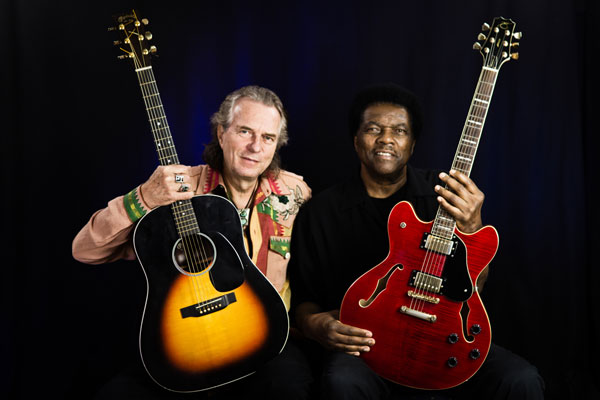