Angel or Alien Born Of Osiris 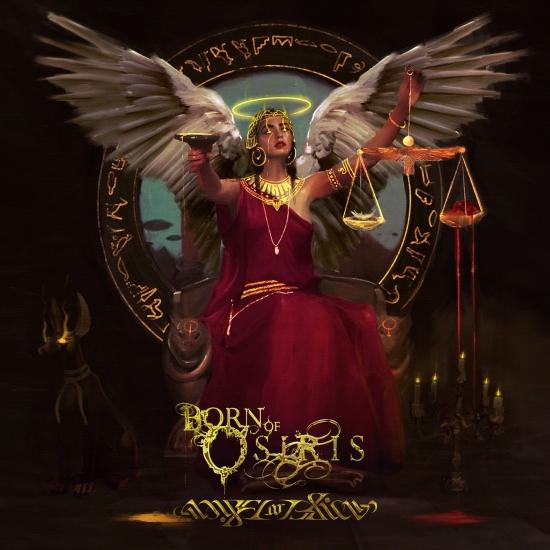 Info for Angel or Alien

Born of Osiris, the Illinois-based progressive metalcore band, are back with their sixth album of bouncy, intergalactic djent, Angel or Alien.
"After what has been an extremely trying year for everyone, we couldn’t be more excited to bring you our new album, Angel Or Alien. We feel like we’ve pulled together the best bits from every album in our discography to create what you’ll hear on Angel Or Alien. So whatever album you like best in our discography, this one should be outstanding. We tried to refine and improve every aspect of Born Of Osiris sound, and I think you can really hear it on this album." (Lee McKinney)
Written and produced by Born Of Osiris, Angel Or Alien was mixed by Jeff Dunne, with assistance from Josh Strock. Some time ago, the band already released White Nile, the first track from the upcoming album.
"There is a burning desire for connection. It is not always easy and we need it whether we know it or not. Sometimes we get lost in our thoughts, but we always have to end up facing the world, being exposed to the earth. We can shine like an angel or hide like an alien [en référence au titre de l’album]. Either way, your heart and your time are directed to the future and the end." (Joe Buras)
Born Of Osiris 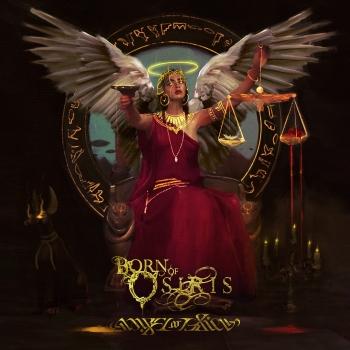 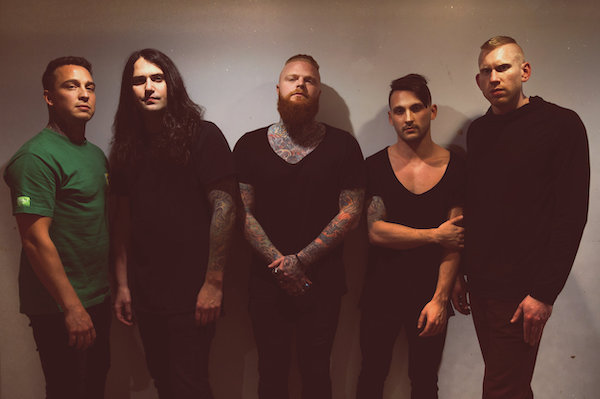 Born of Osiris
is an American metal band, formed in 2003 in Chicago. The group has undergone a number of name changes before finally settling with Born of Osiris in 2007, basing the name off the Egyptian deity Osiris, and the tale of his son Horus. The band frequently take use of keyboards, synthesizers and programmed electronics. A vast majority of the band's songs are written in drop C tuning on six-string guitars and drop G on seven-strings.
Many religions, cultures, and stories attribute power to the number three. In Egyptian mythology, it symbolizes plurality, and “triads” of deities comprise a complete system. It’s no surprise that the god Osiris was born to one such triad alongside siblings Horus and Isis. It’s also not a coincidence that Chicago heavy metal quintet Born Of Osiris found a similar significance within that number on their fifth full-length album, Soul Sphere [Sumerian Records]. In fact, over the course of 12 tracks, the record examines three tiers originally uncovered in a dream that Joe Buras [clean vocals, synthesizers, keyboards] shared.
“The whole story of the record involves three levels,” explains Joe. “The first one is The Binding. You’re hanging, and you’re stagnant. The second is The Fight. You were hanging, but now you’re pulling away from this linchpin, whether it’s physical, emotional, or spiritual. The final is The Release. You break away and feel free, connected, and loved.”
In order to properly explore the “tiers,” the group—Joe, Ronnie Canizaro [vocals], Cameron Losch [drums], David Da Rocha [bass], and Lee McKinney [guitar]—strengthened their bond exponentially. Since 2007, these five individuals have played countless shows alongside everybody from Judas Priest and Rob Zombie to Bring Me The Horizon and Killswitch Engage in addition to festivals such as Warped Tour, Mayhem Festival, and Music As A Weapon. After each album since their debut landed in the Top 100, including fan favorites A Higher Place [2009] and The Discovery [2011], 2013’s Tomorrow We Die ∆live earned the band their highest Billboard Top 200 debut, reaching #27 and selling over 13,000 copies first-week. After another marathon of touring, the guys headed to Michigan to write what would become Soul Sphere. They then hit the studio with Nick Sampson recording drums and added keys and effects, Lee handling production for guitars and bass, and Allen Hassler for vocals. They managed to click like never before, by drawing on nearly a decade of Born of Osiris.
Soul Sphere could only by conjured by a group of musicians so personally distinct. Beyond Born Of Osiris, each member continues to enrich his own sphere. In addition to being a partnered Twitch gamer and streamer, Lee is involved in multiple music projects, spanning electronic dance music and progressive rock. His solo guitar project landed in the Top 10 of the Rock Chart alongside System of a Down and Black Sabbath. David runs his own jewelry line D A V I and remains an avid fisherman. Cameron splits his time between drum lessons and composition. Joe oversees and designs the band’s stage production, aesthetic, and lighting, and Ronnie envisions the sweeping sci-fi concepts inside the lyrics and inspiring the artwork. “This group is five best friends together,” adds Ronnie. “We’re all different, and that makes something cool. Not every band has the closeness we do. We’ve all known each other since high school.”
Ultimately, Born Of Osiris relay a crucial message here, together. “I hope people feel creative and want to make their own art after hearing this,” Joe leaves off. “It might get them off their couches and off their phones to really dive into something and challenge themselves.”