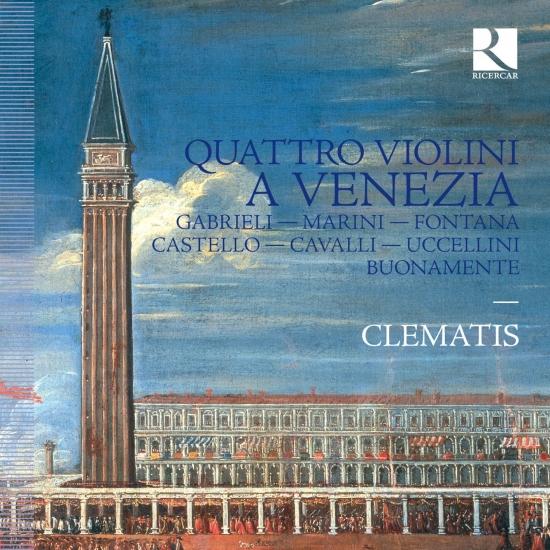 Info for Quattro violoni a Venezia

Although the first violin virtuosos came mainly from Cremona, Brescia or Mantua, it was Venice that swiftly emerged as the principal centre for the development of instrumental music. Moreover, it was there that most collections of this music were printed all through the seventeenth century. It is curious to note that all these virtuosos obviously enjoyed sharing their success with their colleagues: for, alongside works for one or two violins and continuo, almost all the composer-violinists gathered together on this disc conceived sonate, canzone or sinfonie for ensembles of three or four violins. In addition, these compositions often make use of bichoral or echo effects. All this was happening as part of the discovery of that nascent virtuosity so characteristic of the Baroque period, as a result of which instrumentalists devised many new effects, such as the use of double stopping, and drew attention to their artistry with virtuoso runs akin to the extravagant language of the toccata.
Clematis
Stephanie de Failly, direction
Brice Sailly, direction 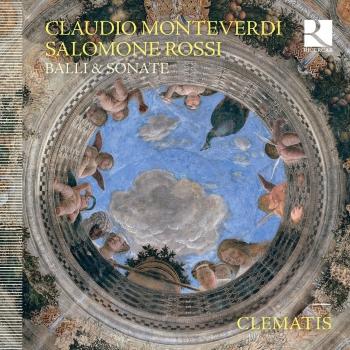 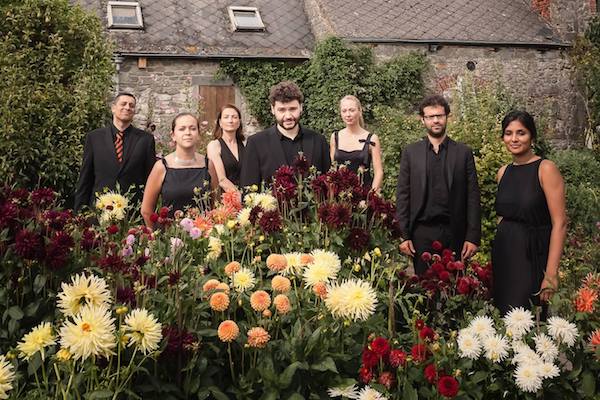 Ensemble Clematis
The Clematis is a sweet-smelling flower that represents the principles of idealism and of creativity. Such a name for an ensemble specialising in baroque music is more than justified, for it is creative in that this repertoire can only live if it receives an interpretation based on inspiration and renewal; it is idealistic in that such creative inspiration must of necessity be based on a great respect for the work as it appears in its original sources.
The violinist Stéphanie de Failly founded Clematis in 2001 with the intention of concentrating on the lesser-known repertoire of the 17th century. The ensemble performs extensively from the Italian repertoire of the period as well as French and German works, although with a particular interest in the forgotten works of such composers from the Low Countries of the time as Nicolaus à Kempis, Carolus Hacquart and Giuseppe Zamponi. Clematis also made a performing version and gave the first performance in modern times of Zamponi’s opera Ulisse nell isola di Circe, complete with a splendid cast of singers; the opera had first been given in Brussels in 1650.
The number of musicians involved with Clematis varies in number, as they are chosen in relation to the needs of the works being performed at any given moment; its musicians are all actively engaged with leading baroque ensembles throughout Europe. The ensemble’s desire for historical authenticity leads it to work closely with musicologists so that its programmes can be as close to the original sources as possible. Clematis appears not only in Belgium but also performs frequently abroad: it has so far appeared in the Netherlands, France, Israël, Italy, Spain, Poland, Bolivia, Mexico and Russia.
Clematis’ is very much concerned with Italian instrumental music of the 17th century, and in particular with the development of the violin repertoire; this can be seen in their recordings of works by Carlo Farina, Giovanni Battista and Tomaso Antonio Vitali. Their most recent CD is devoted to the works of Giovanni Legrenzi and was released in May 2016.
Another of Clematis’ concerns is German sacred and instrumental music from the beginning of the 17th century to the first works of J.S. Bach. Such programmes of vocal music clearly require superb soloists such as Mariana Flores, Juliette Perret, Deborah Cachet, Paulin Bündgen, Zachary Wilder, Philippe Favette and others.
Clematis also collaborates regularly with the various other ensembles led by Leonardo Garcia Alarcon, including the Capella Mediterranea and the Chamber Choir of Namur; this was also the case for the recording devoted to the secular works of Mattheo Romero and to CARMINA LATINA, a collection of baroque music from Latin America.
Clematis has made many recordings; its output has only benefited from the enthusiastic reports it has received from distinguished critics.