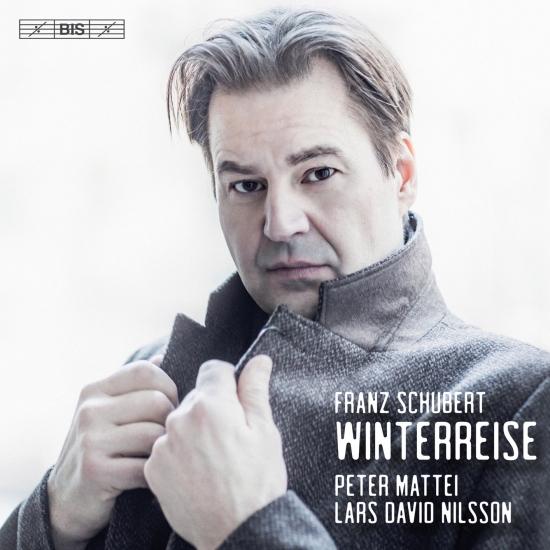 Peter Mattei has won great acclaim as a singer with unusual dramatic gifts, appearing on the world’s leading stages in complex operatic roles such as Don Giovanni, Billy Budd and Eugene Onegin. On the present release he takes on a no less complex character in the Lieder canon: the traveller in Schubert’s Winterreise. In this cycle, Schubert returned to the poet Wilhelm Müller, whose poems he had set some years earlier, in his other great song cycle, Die schöne Müllerin. Müller’s texts revolve around a young man who after being rejected leaves his village and heads into the desolate, snowy countryside. In the course of the cycle he experiences loss and an aching loneliness interrupted by fleeting glimpses of hope, but ultimately the landscape through which he is moving is colored by alienation and despair. Müller died at thirty-two years old in 1827, the very year in which Winterreise was composed – and Schubert himself died the following year, still making revisions to the last of the songs while on his deathbed. When Schubert invited his closest friends to a gathering in order to listen to the cycle he called the songs ‘gruesome’, and according to one witness the audience was shocked by their sombre mood. In this recording, Mattei brings all his interpretive skills to bear. He is supported by the piano of Lars David Nilsson, which reinforces the different moods and characters of the twenty-four songs and often assumes the role of a narrator, alongside the singer.
Peter Mattei, baritone
Lars David Nilsson, piano 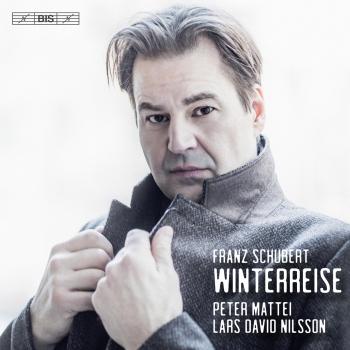 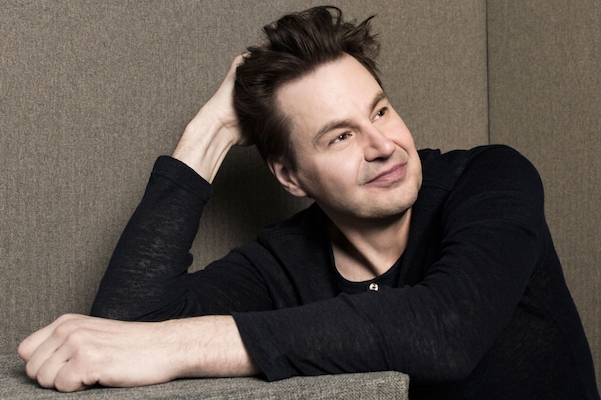 Peter Mattei
The Swedish baritone Peter Mattei will this spring appear as Don Giovanni at Wiener Staatsoper and at the Metropolitan Opera. Last season included the title role of Eugen Onegin at the Metropolitan, at Opéra National de Paris as well as at Opernhaus Zürich.
Peter Mattei has established himself as one of the most sought after singers of his generation and has worked with conductors such as Sir Georg Solti, Claudio Abbado, Daniel Barenboim, Riccardo Muti, Sir Colin Davis, Riccardo Chailly, James Levine, Antonio Pappano, Zubin Mehta, Herbert Blomstedt, Esa-Pekka Salonen, Sir John Eliot Gardiner, Gustavo Dudamel, Jeffrey Tate, Sir Andrew Davis, Daniel Harding and others.
At the Metropolitan Opera, Peter Mattei has appeared in several roles, such as Amfortas in Parsifal, Wolfram in Tannhäuser, the Count in in a new production of Le nozze di Figaro under the baton of James Levine, Figaro in Il Barbiere di Siviglia, Marcello in La Bohème and Yeletsky in Pique Dame. He has sung Shishkov in From the House of the Dead, directed by Patrice Chéreau, at the Metropolitan Opera as well as at Teatro alla Scala. He has also sung Don Fernando in Fidelio at la Scala with Barenboim, Wolfram in Tannhäuser at Staatsoper Berlin, Posa in Don Carlo at Opernhaus Zürich and the opera houses in Oslo and Stockholm. He has appeared in the title role of Billy Budd at the Frankfurt Opera and the Göteborg Opera. At Wiener Staatsoper, Peter Mattei has performed the Count in Le nozze di Figaro, and the title roles of Don Giovanni and Eugene Onegin.
With one of his favorite roles, Don Giovanni, Peter Mattei has had the pleasure to work with directors such as Peter Brook and Michael Haneke. He has delighted audiences at the Metropolitan Opera, Opéra National de Paris, the Royal Opera House in London, Teatro alla Scala, Bayerische Staatsoper, Opernhaus Zürich, San Francisco Opera, Lyric Opera of Chicago, the Royal Swedish Opera and the Norwegian Opera as well as the prestigious festivals of Salzburg, Aix-en-Provence, Lucerne and Tanglewood.
Mattei’s concert repertoire includes Mendelssohn’s Elias, Ein deutsches Requiem, Kullervo, Des Knaben Wunderhorn, Bach’s passions, Messiah, Zemlinsky’s Lyrische Symphonie and Britten’s War Requiem. His recent performance of Lieder eines fahrenden Gesellen at the Carnegie Hall with the Met Orchestra under the baton of James Levine was nothing but a sensation.
His discography includes DVDs of Don Giovanni (Aix-en Provence), Le nozze di Figaro (Opéra National de Paris), Eugene Onegin (Salzburg) and Parsifal (Metropolitan) and CDs of Mahler’s 8:th Symphony under the baton of Chailly, Berlioz’ Les Troyens with Sir Colin Davis (winner of two Grammy Awards), Fidelio with Abbado as well solo CDs.
Peter Mattei studied at the Royal Academy of Music and at the University College of Opera in Stockholm. He made his debut in 1990 as Nardo in Mozart's La Finta Giardiniera at the Drottningholm Court Theatre and made a sensational Royal Swedish Opera debut as Pentheus in Daniel Börtz' The Bacchae (directed by Ingmar Bergman) in 1991.