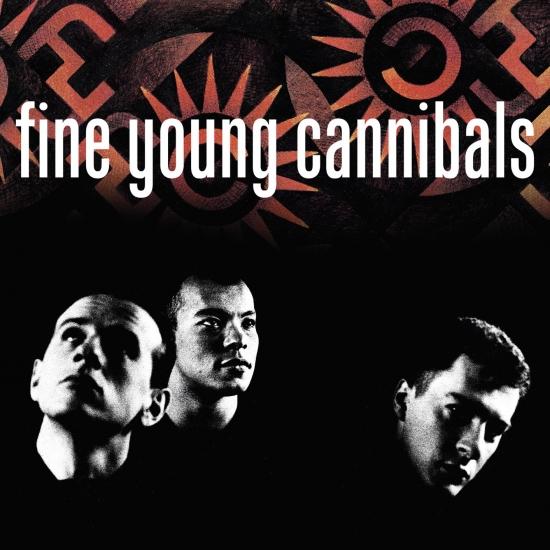 Fine Young Cannibals is the debut album released in 1985 by the band of the same name. The album features the UK #8 debut hit single "Johnny Come Home".
Fine Young Cannibals were a British band formed in Birmingham, England in 1984, by bassist David Steele, guitarist Andy Cox (both formerly of The Beat), and singer Roland Gift (formerly of the Akrylykz).
Their Their self-titled 1985 debut album was a soul-jazz pop charmer that's more low key but every bit as entertaining. It contained the singles "Johnny Come Home" and a cover of "Suspicious Minds".
Along the lines of early Everything But the Girl (the two groups share a producer, Robin Millar) with a heavier Motown influence, the songs on Fine Young Cannibals are uniformly strong. The singles "Johnny Come Home" (a plea to a runaway that sounds like the Beat's ska stripped down to its tense and obsessive essentials) and "Blue" (one of the more oblique and successful anti-Margaret Thatcher tracks of its era) are terrific, but album tracks like the casually devastating "Funny How Love Is" and the manic "Like a Stranger" (which incongruously ends with a female chorus shrieking "You've been too long in an institution!" repeatedly while Gift tries out his Otis Redding impression) are even better. The album's highlight, though, is a reworking of "Suspicious Minds" (with scarifying backing vocals by Jimmy Somerville) that, while it doesn't replace Elvis' version, certainly takes the song into an interesting new direction. Although often overlooked, especially in the U.S., in the wake of their massively successful follow-up, Fine Young Cannibals is a powerful and satisfying debut.
Fine Young Cannibals
Digitally remastered 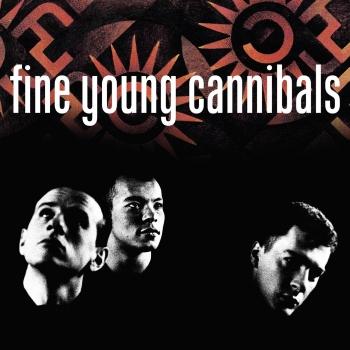 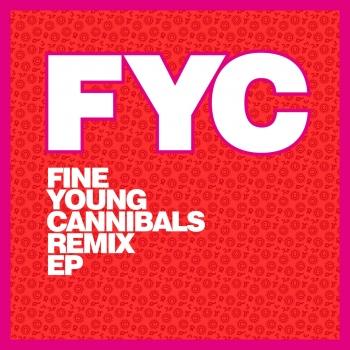 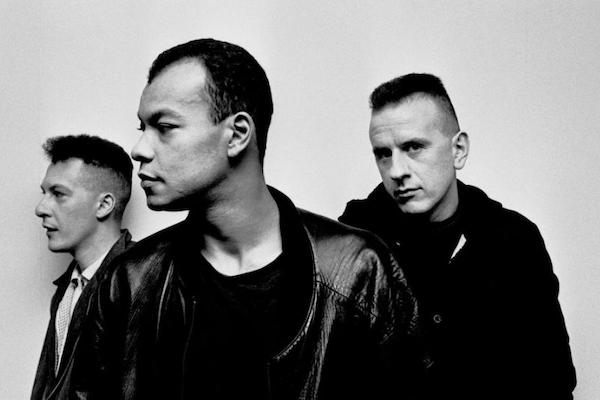 Fine Young Cannibals
When the Beat (known as the English Beat in the U.S. only) split in 1983, it came as a surprise to guitarist Dave Cox and bassist David Steele. The first time they realized that the group's vocalists, Ranking Roger and Dave Wakelin, had gone off to form a group without them was when their accountant phoned to finalize the divorce. While the defectors had formed General Public, Cox and Steele set about creating something new of their own. Apart from not wanting to repeat the mistakes the Beat made, and a vague notion of adding both jazz and soul to the Beat's ska roots (they also decided to feature a strong vocalist), there was no real master plan.
The latter proved harder than they could have imagined. More than 500 potential singers auditioned, before, despairing of finding someone, they decided to seek out a singer whose band had once supported the Beat. They found Roland Gift singing with a barroom R&B band named the Bones, looking like Sidney Poitier but sounding like Otis Redding. He was everything they had remembered; he was their man. Gift had spent his teenage years in youth theatre, until the advent of punk made music his main passion. As punk gave way to the two-tone ska which gave rise to groups like Madness and, ultimately, the Beat, Gift took up saxophone and singing in a local band.
Keeping live work down to just the occasional on-off date, the Fine Young Cannibals signed to London Records in early 1985. Their name came from an obscure 1960 film starring Robert Wagner and Natalie Wood. Resisting the record company's attempts to team them up with a producer determined to make the group a product of her sound rather than theirs, the Fine Young Cannibals released a demo version of "Johnny Come Home" as their first single. Its instant success allowed them to team up with a compatible producer, Robin Miller, for the first Fine Young Cannibals album, also containing the group's trademark overstated version of Elvis Presley's "Suspicious Minds." For the Johnathan Demme film Something Wild, they reached back into Gift's punk past with a version of the Buzzcocks' classic "Ever Fallen in Love." Five years later, a second album emerged, The Raw and the Cooked, the raw side made up mostly of songs the group had contributed to Barry Levinson's film Tin Men. The single "She Drives Me Crazy" was a worldwide number one hit.
Since then, the Fine Young Cannibals have remained elusive. Cox and Steele continue to work together under various names, while Roland Gift's hoped-for film career never quite took off. The Fine Young Cannibals have never officially broken up, and rumors of reunions and recording sessions have persisted. Their 1996 greatest hits album, The Finest, featured the newly recorded track "Flame." (Ed Nimmervoll, AMG)