The Philosophy Of The Fluegelhorn (Remastered) Herbert Joos 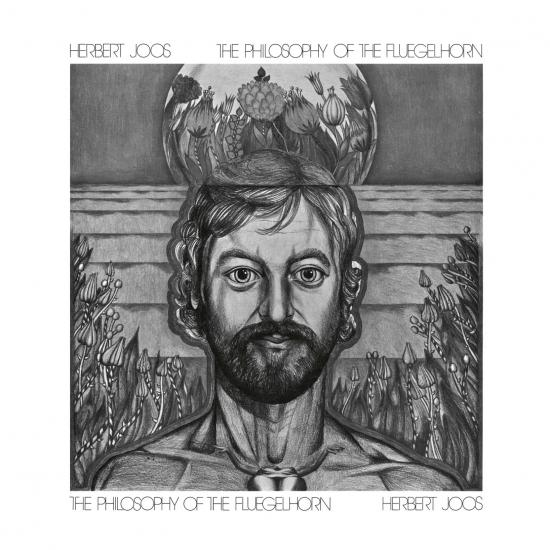 Info zu The Philosophy Of The Fluegelhorn (Remastered)

The Philosophy of the Fluegelhorn is Herbert Joos’s first of two albums for ECM’s sister label JAPO, the second being Daybreak. Where the latter was a lyrical, if longwinded, excursion, the former is something of a meta-statement for the German renaissance man—not only because he plays a bevy of overdubbed instruments, but also because its freer detailing gives pause over the sheer depth of realization.
The title track draws us into the outdoors, where field-recorded birds—and, among them, Joos’s horn—populate the trees with temporal awareness. Sibilant breath and popping bamboo flutes share the entanglement: the rhizomatic spread of Joos’s becoming-animal. Following this undulating prelude, “The Warm Body Of My True Love” opens the stage, a halved and hollowed whole. The nature of this soliloquy must be sought out in stirrings of life, excitations of molecules, and less definable physical properties. The horns are trembling, universal. “Skarabäus II” is of similarly finite constitution, navigating passage into darker dreams and adding to those horns a string’s uncalled-for response to the question of existence. Braided offshoots of trumpet fly around one another, each carrying its own flame of obsession. Next is the smooth and sultry “Rainbow.” Tinged by the alcoholic sunset of vibes, it is a hangover not yet shaken for want of the altered perspective. The squealing litter of horns that is “The Joker” segues into “An Evening With The Vampire.” Bathed in the sounds of nine arco basses, it enacts a morose ending to an otherwise luminescent session. Its sul ponticello screams recall George Crumb’s Black Angels and spin the echo-augmented horn like a chromatic Ferris wheel until the breath stops.
If you’ve ever been curious about Joos but didn’t know where to start, then by reading this you’ve already put your hand on the knob. Just turn it.
Herbert Joos, fluegelhorn, bass, bass recorder, bamboo flute, mellophone, trumpet, alto horn, vibes
Recorded July 1973 at Tonstudio Bauer, Ludwigsburg Produced by Herbert Joos
Digitally remastered 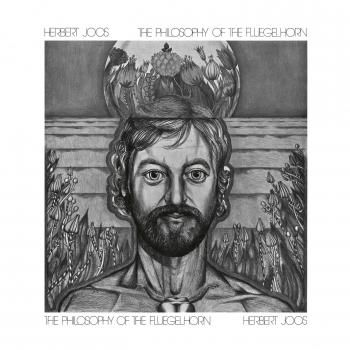 The Philosophy Of The Fluegelhorn (Remastered)

Herbert Joos
born March 21, 1940 in Karlsruhe (Germany). Joos studied flugelhorn, trumpet and bass and played also baritone- and alphorn.
In the first half of the 70ies he was member in several Modern- and FreeJazz Bands and played at Festivals as the "Free Jazz Meeting Baden-Baden", The "Free Jazz Day" in Frankfurt and at a Flugelhorn workshop with Kenny Wheeler, Ian Carr, Harry Beckett and Ack van Rooyen. He was also a leader of his own Quartet and Orchestra. The most recognition he got as a member of the "Vienna Art Orchestra". His warm but powerful sound and the romantic impressionistic influence in combination with the affinity of free improvisations makes him to an expressive profile of the European Jazz landscape.