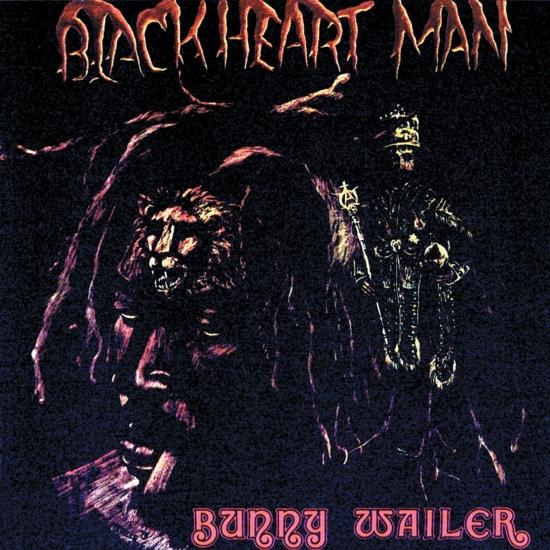 Bunny Wailer's Blackheart Man is one of the ultimate Reggae masterpieces from the former member of the Wailers. His solo debut album is both complex as attractive and critics have been praising this record for many years. Bunny explores themes like repatriation, marijuana, and his childhood in Jamaica. The title is based on the fable of the Blackheart Man, who would take the heart out of every person he meets on his way.
"After leaving the Wailers behind, Bunny Wailer (born Neville Livingston) wasted no time establishing himself as a highly original and visionary singer and songwriter on his own. His solo debut remains one of the most extraordinary albums of the roots period, a complex but instantly attractive and occasionally heartbreaking record that never rises above a whisper in tone but packs as much political and spiritual wallop as the best of Bob Marley's work. Critics have been praising this album for more than 25 years, and they generally (and quite rightly) focus on the quality of such songs as the quietly ferocious "Fighting Against Conviction" (aka "Battering Down Sentence"), the classic repatriation anthem "Dreamland," and the apocalyptic "Amagideon," but the song that pulls you into Bunny Wailer's magical web of mystical Rastafarianism is the first one, in which Wailer recalls being warned by his mother to avoid Rastas ("even the lions fear him") and then describes his eventual conversion, all in a tone of infinite gentleness and sadness at the hardhearted blindness of Babylon. Are there missteps? Maybe one or two: The bluesy "Oppressed Song" never quite gets off the ground, for example. But taken as a whole, Blackheart Man is an astounding achievement by an artist who was, at the time, only at the beginning of what would be a distinguished career." (Rick Anderson, AMG)
Bunny Wailer
Digitally remastered 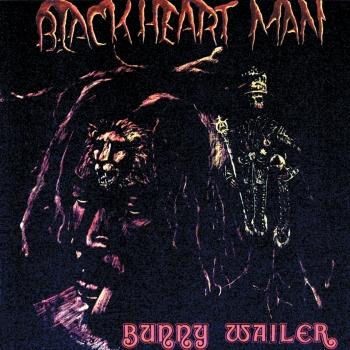 Bunny Wailer
Born Neville Livingston in 1947, he attended the Stepney All Age School with Bob in Nine Miles, and the two young boys became good friends. The two boys were separated when Bunny's father Thaddius "Toddy" Livingston moved to Kingston. When Marley was brought to Kingston by his mother Cedella in 1957, Bunny was there to greet his arrival.
Bunny Wailer is the forgotten Wailer. Bunny Wailer and music legend are never mentioned in the same sentence. Bunny, however, is a music legend, let alone a reggae legend. Having just received the 1997 Grammy award, Bunny still has not gotten his just deserves. This article is a written tribute to Bunny Wailer-music's finest.
Flashback to when the Wailers were formed in 1963, and became, what could arguably be, the best reggae group ever. Throughout the 1960's and early 1970's, the Wailers covered three distinct types of Jamaican music (ska, rocksteady, and finally reggae). And throughout these years, bandmembers came and went. But three members remained throughout; Robert Nesta Marley, Winston Hubert McIntosh, and Neville Livingston; better known as Bob Marley, Peter Tosh, and Bunny Wailer. The Wailers were responsible for such groundbreaking songs as, "Simmer Down", "Trenchtown Rock", "Nice Time", "Stir It Up", "Get Up Stand Up", and countless others. Livingston was a prime target for police harassment in West Kingston following an altercation at Clement Dodd's studio. Early in 1967, Bunny was arrested for marijuana possession. Despite the fact that the officers found no weed on his person, he was convicted on officer testimony that he had stashed a bag in a nearby barrel. Bunny served one year and two months, and was released in September 1968.
Bunny teamed up with Marley and Tosh to record several more albums, two with Lee Perry and two with Island, Catch A Fire and Burning. Bunny refused to travel on an "iron bird" to tour the United States to promote Catch A Fire, but agreed to a tour of England in November 1973. The weather was bitterly cold. When thick snow blanketed the ground at the Northampton venue on November 20, Bunny and Peter quit the tour and flew back to Jamaica.The Wailers were finally broken up by 1974, each going on to pursue solo careers.
The question is why is this, why is he not as well known or liked as his fellow Wailers are? It's true that Bunny is somewhat of a recluse, rarely granting interviews, and performing concerts even less. But these are certainly no valid reasons to why he is relatively unknown.
Bunny's albums have been a constant source for political and social messages. Some examples include "Liberation", "Struggle", and "Protest". Bunny's first solo album release came in 1976 with his critically acclaimed roots reggae album, "Blackheart Man". This album proved that Bunny wasn't just a career backing singer, but an incredibly talented songwriter and vocalist. Every album after this were just as great. In 1981, the music world saw the death of fellow Wailer, Bob Marley, and from this point on, Bunny chose to devote his career to the life of Bob Marley, and continue his message. Then again in 1987, after the assassination of Peter Tosh, Bunny again devoted his career to both Peter and Bob's music to a wider audience.
The public's view on Bunny began to change, many fans saw his new mission in music as merely a copy of his fellow Wailers. This was further supported by the fact that of Bunny's three Grammy awards, two of them were given to albums which were tributes to Bob Marley (Time Will Tell: A Tribute to Bob Marley, in 1990, and Hall Of Fame: Tribute to Bob Marley's 50th Anniversary, in 1995) featuring cover versions of Bob Marley songs. Fans also criticized Bunny for only doing Bob's songs and not putting out albums with original songs.
This is a shame! For the past 30 years, Bunny has always been on the leading edge of music and was with Bob and Peter in the beginning, and should have the right to pay fitting tribute to his fellow Wailers.
Bunny's first solo concert, outside of Jamaica, came on July 12, 1986 in Long Beach, California, nearly 10 years after he released his first album. This is where Bunny differed from Bob and Peter, because they toured extensively throughout the world during their careers, and were able to pick up fans worldwide. Whereas Bunny had to rely on his albums alone for many years to gain his fans. When Bunny did finally peform in the United States, his concerts were extraordinary and were not to be missed! Since then, Bunny's tours have been few and far between.
On one special performance in September 1994, in Aspen, Colorado, Bunny and the thousands of fans waiting to see him perform, were witnesses to see a double rainbow appear over Bunny's head. Bunny exclaimed after the song that, "what happened here today, NEVER happen to no Wailer, EVER. And it deep. And it mystic!" On another performance the fans were not happy to see this legend perform, and Bunny was booed off stage with objects being thrown at him, at a predominantly dancehall concert in Jamaica. This was definitely a performance Bunny and his true fans would like to forget. However, this never got in his way, and after 30 years in the music business, Bunny still puts out the music that he wants to put out, and music that his true fans will respect and love.
No matter what anyone says, Bunny Wailer shares with only a select few, the title, "The King of Reggae." Hopefully in the next few years, Bunny Wailer, along with Peter Tosh, can join Bob Marley in the Rock 'N' Roll Hall Of Fame. Some future developments for Bunny include a long overdue autobiography of his life, entitled "Old Fire Sticks", and a new album can't be too far off in the future as well. He has also been thinking about booking a North American tour, saying, "I think that I have finally found the true America."