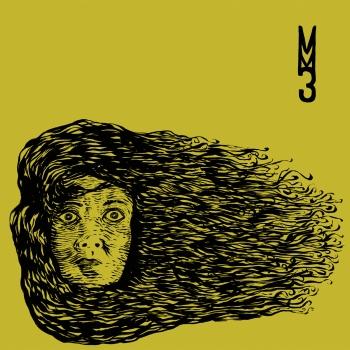 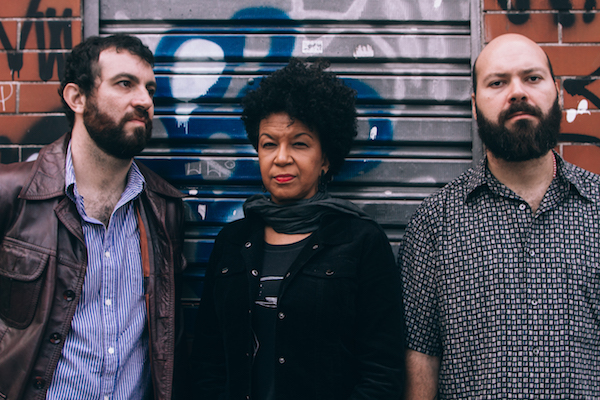 Metá Metá
From São Paulo in Brazil, Metá Metá is a jazz fusion band formed in 2007 around the core trio of Juçara Marçal (vocals), Kiko Dinucci (guitar & vocals) [both of whom collaborated on the 2008 album Padê] and Thiago França (saxophone & flute). Released in 2011, Metá Metá’s first self-titled album anchored the trio’s sound in the classic Afro-Samba style popularised by Baden Powell and Vinicius De Moraes in the late 1960s while also venturing into free jazz and rock music.
The band’s second album Metal Metal which originally came out in 2012 in Brazil was released internationally on the Mais Um Discos label in March 2014 last and sees the addition of bass, drums and percussions to expand the trio’s sound into new electric, punk and psychedelic territories. Always based on a solid voice/guitar/saxophone foundation, every song quickly expands into a fascinating sonic maelstrom of polyrhythms, saturated guitars and saxophone, electronic glitches and ecstatic chanting. At times, Metal Metal is very close in spirit to Moa Anbessa, the extraordinary 2006 collaboration between veteran Dutch punk band The Ex and Ethiopian saxophonist Getatchew Mekurya.
With the band constantly delving into their Afro-Brazilian musical and spiritual roots (Metá Metá meaning “Three in One” in the Yoruba language), several songs (“Exu”, “Oyá”, “Logun” or “Orunmilá”) all invoke the spirit of the Orixás, the deities from the traditional Yoruba religion which enslaved African priests brought over to the new continent with them and which have been assimilated with other beliefs into Candomblé, the Afro-Brazilian syncretic religion.