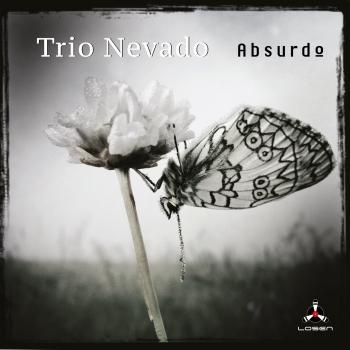 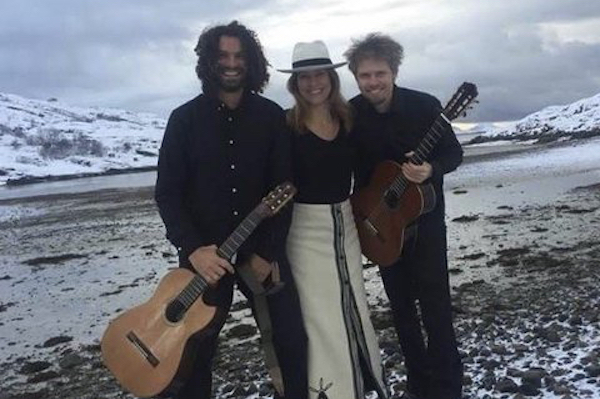 Trio Nevado
is an acoustic guitar-based bands which takes its inspiration from around Rio de la Plata. The repertoire consists of the one might call standard songs in tango, milonga, tango waltz - interspersed Zamba - one direction within a rich folk music tradition in South America who do not have the slightest kinship with the Brazilian samba. The band: NinaBendiksen released in 2011 his first album South - 13 recordings of traditional Argentine tango, milonga and tango waltz reinterpreted into Northern Norwegian by Ragnar Olsen and arranged by Julian Hermida. the recording was made in Buenos Aires in 2010. Nina is an actress with several own productions behind it, but is also known from the drama series Sky NRK. Matias Balado is guitarist and composer from Uruguay with both academic and popular professional education. Has collaborated with most relevant musicians in his homeland and has brought with him folk music from Uruguay out in about 16 countries through concerts and festivals. He has played In about 90 discs as a composer, arranger or guitarist. Matias has also won the national competition for composers in their homeland. Torbjørn Sandvik has worked as a freelance guitarist for many years. He works primarily with Latin American music. He has played on a numerous venues around the country, toured for Concerts / Rucksack / walking aid, worked as a musician at the theater, helped in div CD recordings and worked as a guitar teacher the arts. He is cooperating with Hanne Tveter, Sverre Indris Joner and Grupo Zanza. One Sunday afternoon in October 2016 Trio Nevado's repertoire recorded in Elverhøy Church - only a hundred meters from the place where band singer was born. The band is on tour Troms - and Finnmark - have run from early morning after the last concert, and it is only a few hours they will play the final concert on tour in Tromso. The idea for the recording came just days in advance - during a visit to NRK Troms - Where the band stopped by the studio to play live and promoting concerts. NRK should transfer directly from the church the same Sunday and technician Nils Petter Christensen decided to offer band to make a recording afterwards. Thus, the process was started.