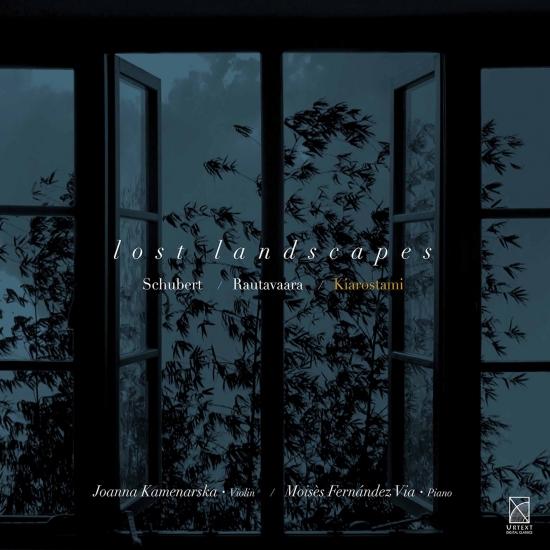 This release features two wandering musical landscapes inhabiting a poetic world by Abbas Kiarostami. Joanna Kamenarska was born in Sofia, Bulgaria. She began her violin studies with Josif Radionov in Sofia before continued in 1995 with Ruggiero Ricci and Igor Ozim at the Mozarteum in Salzburg. Joanna has been awarded numerous prizes at international competitions from the age of ten, including third prize of the International Mozart Competition Salzburg in January, 2002. Joanna was also a semi-finalist in the Queen Elizabeth International Competition and the Sibelius Competition, 2005. Born in Barcelona in 1980, Moisès is an active concert pianist, music curator and passionate writer. He began his musical education at the age of ten and was lauded only three years later by the press as "un nom qui'l faudrá retenir!" [a name to remember!] at his official début in the French city of Agen in 1993. He is a winner of the Scarlatti International Piano Competition in Naples (Italy) and the Richmond Piano Competition in Boston (USA). He was also a nominee for the Arthur W. Foote Award from the Harvard Musical Association and a finalist for the Kahn Career Award.
Joanna Kamenarska, violin
Moises Fernández, piano