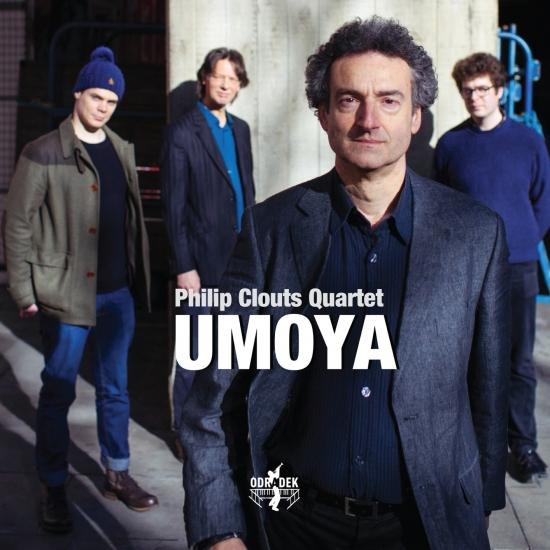 The new album Umoya (titled from the Zulu word for life force), features rising star Samuel Eagles on sax and is one of the first wave of releases on the new jazz imprint from prestigious classical label Odradek Records.
On this album, Clouts’ African inspirations extend beyond Cape jazz to Gnawa music and Afrobeat, and further to pan-European folksong, soul-jazz and even drum ‘n’ bass. Joined by saxophonist Samuel Eagles, bassist Alex Keen and Yamaha Jazz Scholarship-winning drummer Dave Ingamells, he brings his musical journey alive with superb musicianship and infectious vigour.
“Eagles’ phrasing lends itself perfectly to the immediacy of Clouts’ melodic writing, and to the conversational nature of the group as a whole…the end result is one of attractiveness with the added headiness of exotic flavours and joyous, dancing rhythms.” Rob Adams
The music of pianist-composer Philip Clouts combines jazz and world music influences, both of which have been integral throughout his musical life. Philip Clouts is drawn to the freedom of jazz and to the rootedness of world music, genres which bring to his compositions both rhythmic vitality and stylistic diversity.
Born in Cape Town, Philip Clouts has been particularly influenced by the immediacy of South African music. Umoya is the Zulu word for ‘life force’, and can also be translated as ‘soul’ and ‘spirit’. This word has become the title of one of Philip’s songs, and of this whole album.
Yet the album is a melting-pot of wide-ranging influences: North African Sufi music, with its trance-like bass; Nigerian dance rhythms stemming from the Afrobeat style of Fela Kuti; European folk music from Italy and Romania; gospel; and, of course, jazz.
Philip Clouts has performed at venues including Ronnie Scott’s, Symphony Hall, Birmingham, and the Womad and Glastonbury Festivals, receiving praise for his “consummate musicianship” (Musician Magazine). He is joined by acclaimed jazz musicians, saxophonist Samuel Eagles (who has been mentored by the likes of Jean Toussaint), Alex Keen on bass guitar, and Dave Ingamells on drums.
Philip Clouts Quartet:
Philip Clouts, piano, Wurlitzer electric piano
Samuel Eagles, alto and soprano saxophone
Alex Keen, bass
David Ingamells, drums
Engineer and mixed by Derek Nash
Mastered by Thomas Vingtrinier 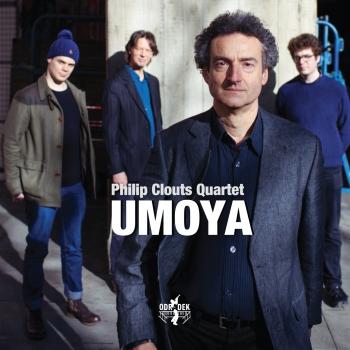 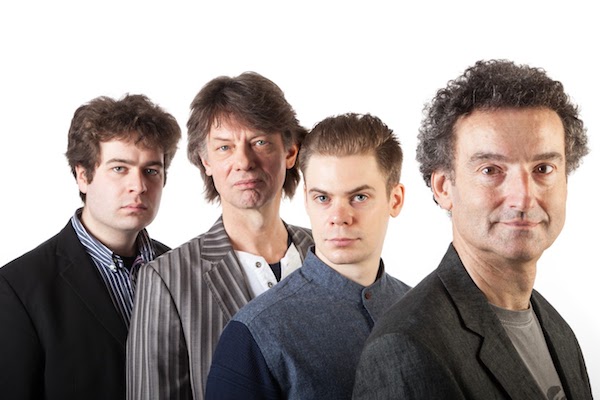 Philip Clouts Quartet
The dancing exuberance of South African Township music, the convivial groove of gospel-influenced soul jazz, the joyful sway of Cuban guaguanco rhythms, the bluesy melodies of middle eastern praise songs and so much more all come together in pianist Philip Clouts’ superbly accomplished quartet.
Clouts was born in Cape Town and the music of his homeland has stayed with him as he has continued on a voyage of discovery that has led him across all five continents, soaking up Caribbean calypso and the soulful strains of the Indian subcontinent while honouring and learning from jazz heroes including Bill Evans, Keith Jarrett, and Charles Lloyd.
As a key member of the popular London-based world jazz ensemble Zubop and its offshoot ZubopGambia, a collaboration with BBC World Music award-winner Juldeh Camara, Clouts created a solid body of work with African roots and since moving to Dorset in 2006 he has responded to his new surroundings with impressionistic compositions that complement and chime with his world music interests, resonating with folky themes and packing pungent rhythmical punch.
Following on from the critically acclaimed releases Sennen Cove and The Hour of Pearl, the new CD Umoya captures this wide-ranging music superbly and in concert, Clouts, saxophonist Samuel Eagles, bassist Alex Keen and drummer Dave Ingamells bring it alive with tremendous imagination, vim and vigour.