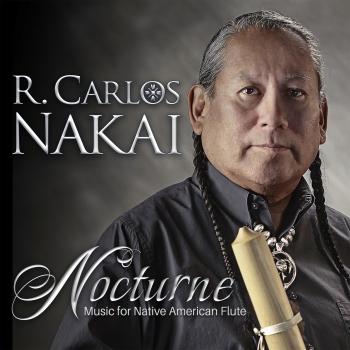 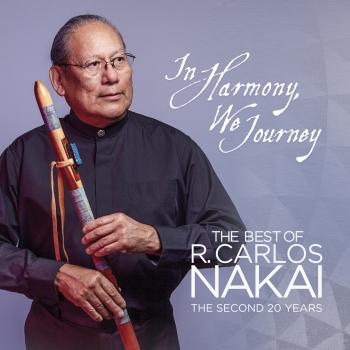 In Harmony, We Journey - The Best of R. Carlos Nakai - The Second 20 Years 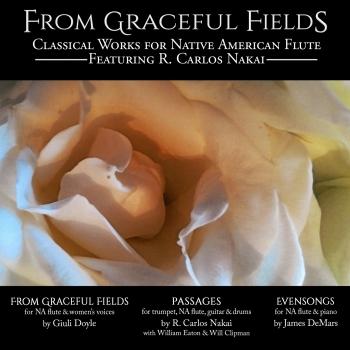 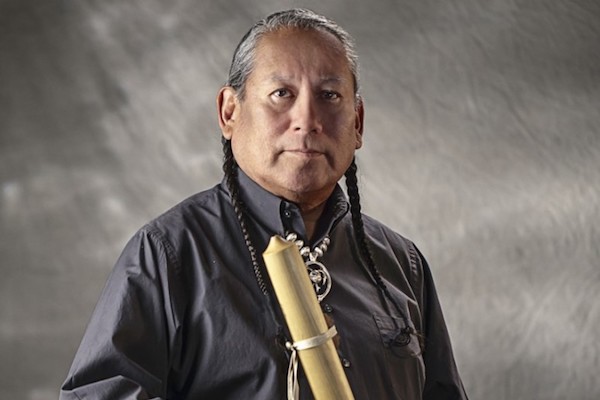 R. Carlos Nakai
Of Navajo-Ute heritage, R. Carlos Nakai is the world’s premier performer of the Native American flute. He began his musical studies on the trumpet, but a car accident ruined his embouchure. His musical interests took a turn when he was given a traditional cedar flute as a gift and challenged to master it. As an artist, he is an adventurer and risk taker, always giving his musical imagination free rein. Nakai is also an iconoclastic traditionalist who views his cultural heritage not only as a source and inspiration, but also a dynamic continuum of natural change, growth, and adaptation subject to the artist’s expressive needs.
Nakai’s first album, Changes, was released by Canyon Records in 1983, and since then he has released fourty albums with Canyon plus additional albums and guest appearances on other labels. In addition to his educational workshops and residencies, Nakai has appeared as a soloist throughout the United States, Europe, and Japan, and has worked with guitarist/luthier William Eaton, composer James DeMars, pianist Peter Kater and “the late” Paul Horn among many others. The famed American choreographer Martha Graham used Nakai’s second album, Cycles, in her last work Night Chant. Nakai contributed music to the major motion pictures New World (New Line) and Geronimo (Columbia).
Nakai, while cognizant of the traditional use of the flute as a solo instrument, began finding new settings for it, especially in the genres of jazz and classical. He founded the ethnic jazz ensemble, the R. Carlos Nakai Quartet, to explore the intersection of ethnic and jazz idioms.
Nakai brought the flute into the concert hall, performing with over 30 symphony and chamber orchestras. He was a featured soloist on the Philip Glass composition, Piano Concerto No. 2: After Lewis & Clark, premiered by the Omaha Symphony. Nakai also works with producer and arranger Billy Williams, a two-time Grammy® winner, in composing for and performing the traditional flute in orchestral works of a lighter vein.
In a cross-cultural foray, Nakai performed extensively with the Wind Travelin’ Band, a traditional Japanese ensemble from Kyoto which resulted in an album, Island of Bows. Additional recordings with ethnic artists include In A Distant Place with Tibetan flutist and chanter Nawang Khechog, and Our Beloved Land with famed Hawaiian slack key guitarist and singer Keola Beamer. Recently, Nakai released Voyagers with Philadelphia Orchestra cellist Udi Bar-David which blends Native American melodies with Jewish and Arabic songs.
Nakai has received two gold records (500,000 units sold) for Canyon Trilogy and Earth Spirit which are the first (and only) Native American recordings to earn this recognition. In 2014, Canyon Trilogy reached Platinum (over 1 million units sold), the first ever for a Native American artist performing traditional solo flute music. He has sold over four million albums in the course of his career.
A Navy veteran, Nakai earned a Master’s Degree in American Indian Studies from the University of Arizona. He was awarded the Arizona Governor’s Arts Award in 1992, and an honorary doctorate from Northern Arizona University in 1994. In 2005 Nakai was inducted into the Arizona Music & Entertainment Hall of Fame. Nakai has also authored a book with composer James DeMars, The Art of the Native American Flute, which is a guide to performing the traditional cedar flute.