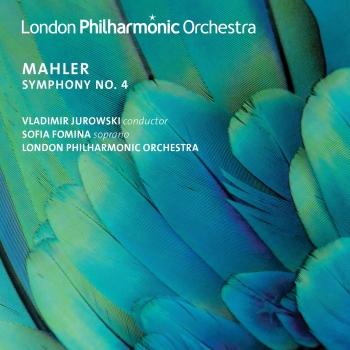 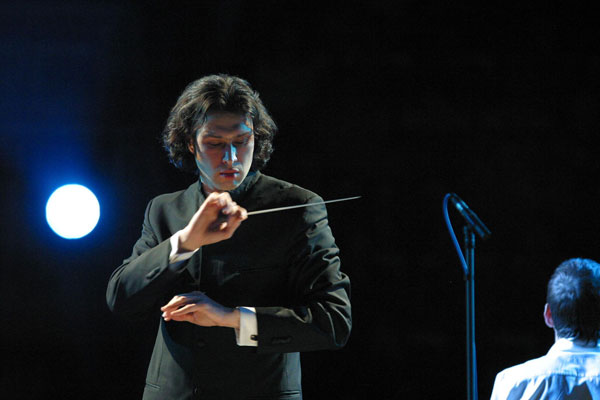 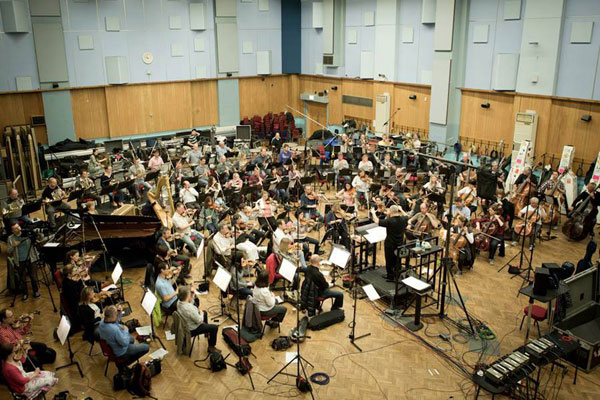 Vladimir Jurowski
One of today’s most sought-after conductors, acclaimed worldwide for his incisive musicianship and adventurous artistic commitment, Vladimir Jurowski was born in Moscow in 1972, and completed the first part of his musical studies at the Music College of the Moscow Conservatory. In 1990 he relocated with his family to Germany, continuing his studies at the Musikhochschule of Dresden and Berlin, studying conducting with Rolf Reuter and vocal coaching with Semion Skigin. In 1995 he made his international debut at the Wexford Festival conducting Rimsky-Korsakov’s May Night, and the same year saw his debut at the Royal Opera House Covent Garden with Nabucco.
Vladimir Jurowski was appointed Principal Guest Conductor of the London Philharmonic Orchestra in 2003, becoming the orchestra's Principal Conductor in September 2007. He also holds the titles of Principal Artist of the Orchestra of the Age of Enlightenment and Artistic Director of the Russian State Academic Symphony Orchestra. He has also held the positions of First Kapellmeister of the Komische Oper Berlin (1997-2001), Principal Guest Conductor of the Teatro Comunale di Bologna (2000-2003), Principal Guest Conductor of the Russian National Orchestra (2005-2009) and Music Director of Glyndebourne Festival Opera (2001-2013).
Vladimir Jurowski has appeared on the podium with many of the world's leading orchestras in both Europe and North America, including the Berlin and Vienna Philharmonic Orchestras, the Royal Concertgebouw Orchestra, Philadelphia Orchestra, New York Philharmonic, Cleveland Orchestra, Boston Symphony, Chicago Symphony, Tonhalle Orchester Zurich, Gewandhausorchester Leipzig, and the Staatskapelle Dresden.
Highlights of the 2014/15 season and beyond include his return visits to the New York Philharmonic, Boston Symphony, Royal Concertgebouw and Philadelphia Orchestras; tours with the Chamber Orchestra of Europe and the Orchestra of the Age of Enlightenment, and an unique project with the London Sinfonietta in Moscow to celebrate the Anglo-Russian Year of Cultural Exchange.
Jurowski made his debut at the Metropolitan Opera New York in 1999 with Rigoletto, and has since returned for Jenufa, The Queen of Spades and Hansel und Gretel. He has conducted Parsifal and Wozzeck at the Welsh National Opera, War and Peace at the Opera National de Paris, Eugene Onegin at Teatro alla Scala Milan, Ruslan and Ludmila at the Bolshoi Theatre, and Iolanta and Der Teufel von Loudon at the Dresden Semperoper, as well as Die Zauberflöte, La Cenerentola, Otello, Macbeth, Falstaff, Tristan und Isolde, Die Meistersinger von Nurnberg, Don Giovanni, The Rake’s Progress, The Cunning Little Vixen, Ariadne auf Naxos and Peter Eötvös’ Love and Other Demons at Glyndebourne Opera. In 2013 he returns to the Metropolitan Opera for Die Frau ohne Schatten, and future engagements include Moses und Aron at the Komische Oper Berlin and The Fiery Angel at the Bayerische Staatsoper in Munich.
Jurowski’s discography includes the first ever recording of the cantata Exile by Giya Kancheli for ECM, Meyerbeer’s L’etoile du Nord for Marco Polo, Massenet’s Werther for BMG, and a series of records for PentaTone with the Russian National Orchestra, including Tchaikovsky's Orchestral Suite No. 3 and Stravinsky's Divertimento from Le baiser de la fée, Shostakovich Symphonies No 1 & 6, Prokofiev Symphony No 5, and Tchaikovsky’s Hamlet Incidental Music. The London Philharmonic Orchestra has released a wide selection of his live recordings on their LPO Live label, including the complete symphonies of Brahms, Mahler Symphony No. 2, Rachmaninov’s Symphonic Dances, Tchaikovsky’s Symphonies 1, 4, 5, 6 and Manfred, and works by Turnage, Holst, Britten, Shostakovich, Honegger and Haydn. Most recent releases have included Zemlinsky’s A Florentine Tragedy, and an album of orchestral works by the Orchestra's Composer in Residence, Julian Anderson. His tenure as Music Director at Glyndebourne has been documented in CD releases of La Cenerentola, Tristan und Isolde and Prokofiev’s Betrothal in a Monastery, and DVD releases of his performances of Ariadne auf Naxos, La Cenerentola, Gianni Schicchi, Die Fledermaus, Die Meistersinger von Nurnberg, Don Giovanni, and Rachmaninov’s The Miserly Knight, and other DVD releases include Hansel und Gretel from the Metropolitan Opera New York, his first concert as London Philharmonic Orchestra’s principal conductor featuring works by Wagner, Berg and Mahler, and DVDs with the Orchestra of the Age of Enlightenment (Beethoven symphonies 4 and 7) and the Chamber Orchestra of Europe (Strauss and Ravel), all released by Medici Arts.
London Philharmonic Orchestra
Recognised today as one of the finest orchestras on the international stage, the London Philharmonic Orchestra was founded in 1932 by Sir Thomas Beecham. Since then, its principal conductors have included Sir Adrian Boult, Bernard Haitink, Sir Georg Solti, Klaus Tennstedt and Kurt Masur. In 2007 Vladimir Jurowski became the orchestra’s principal conductor and in 2008 Yannick Nézet-Séguin was appointed principal guest conductor.
The London Philharmonic Orchestra has been performing at Southbank Centre’s Royal Festival Hall since it opened in 1951 becoming resident orchestra in 1992. It also has flourishing residencies in Brighton and Eastbourne and performs regularly around the UK. Each summer it plays for Glyndebourne Festival Opera where it has been resident symphony orchestra for 50 years. The orchestra also regularly tours abroad: highlights of the 2013–14 season include visits to the USA, Romania, Austria, Germany, Slovenia, Belgium, France and Spain.
In summer 2012 the London Philharmonic Orchestra performed as part of The Queen’s Diamond Jubilee Pageant on the River Thames and was also chosen to record all the world’s national anthems for the London 2012 Olympics. The orchestra broadcasts regularly on television and radio and has recorded soundtracks for numerous blockbuster films including The Lord of the Rings trilogy. It has made many distinguished recordings over the last eight decades and in 2005 began releasing live, studio and archive recordings on its own CD label.