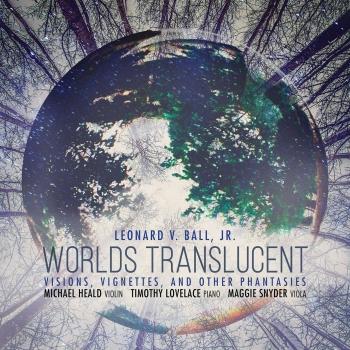 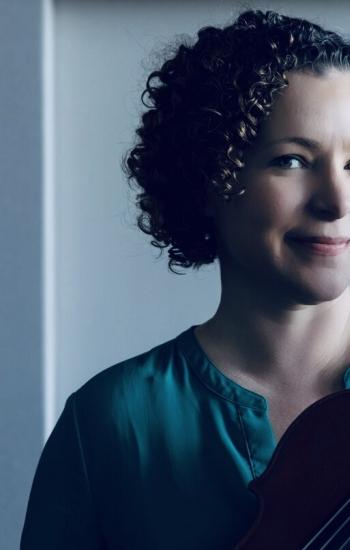 Maggie Snyder
has performed solo recitals, chamber music, concertos, and as an orchestral musician throughout the United States and abroad. She has performed at the Kennedy Center, Carnegie Hall, and the Seoul Arts Center, and in Mexico, Greece, Korea, and Russia. She has performed under the batons of James Levine, Yuri Temirkanov, David Zinman, Robert Spano, Leonard Slatkin, James DePreist, Julius Rudel, James Conlon, and Michael Tilson Thomas, and at such festivals as the Brevard Music Festival, the Sewanee Summer Music Festival, and the Aspen Music Festival, where she was a Time Warner Fellow. In May 2009, she made her recital debut in Weill Recital Hall at Carnegie Hall with her sister duo, Allemagnetti. The recital featured three world premiere works written for the ensemble by Thomas Pasatieri, Kamran Ince, and Garrett Byrnes, and the duo was hailed as a "winning pair," with a "highly promising debut," by The New York Concert Review. Ms. Snyder is also principal viola of the Chamber Orchestra of New York, which recently recorded for Naxos, and is on the artist-faculty of the Brevard Music Festival. She has played chamber music with members of the Tokyo and Cleveland Quartets, and is the violist of the Franklin Quartet at the University of Georgia. Ms. Snyder is an Arabesque Records recording artist with three CDs issued to date: Allemagnetti: Music for Viola and Harpsichord, featuring the works by Pasatieri, Ince, and Byrnes; Modern American Viola Music; and Viola Alone: Old, New, and Borrowed, featuring Stunned for solo viola by Libby Larson, commissioned and premiered by Ms. Snyder. Ms. Snyder has given masterclasses, clinics, and performances at universities and music schools throughout the country, including Interlochen Arts Academy, Eastman, Hartt, and The Universities of Rochester, Tennessee, Kentucky, and South Carolina. She earned the Masters and Graduate Performance Diploma from the Peabody Conservatory of Music, serving as the teaching assistant for Victoria Chiang. Her Bachelor's degree is from the University of Memphis, where she was a Pressar Scholar. Her principal teachers have been Victoria Chiang, Heidi Castleman, and Lenny Schranze. She has served on the faculties of West Virginia University, Ohio University, and the University of Alabama, where she was Head of Strings. Ms. Snyder is currently on the faculty of the Hugh Hodgson School of Music at the University of Georgia, where she was the 2018 recipient of the Creative Research Medal.
Michael Heald
currently Associate Professor of Violin at the Hugh Hodgson School of Music, University of Georgia, studied violin in London with Emanuel Hurwitz, then at the Royal Northern College of Music with Richard Deakin. He received his masters and doctorate in violin performance at Michigan State University, studying with Walter Verdehr. He began his performing career in England, where he was a member of the English String Orchestra for three years, recording with Nimbus, and played regularly with the City of Birmingham Symphony Orchestra under Sir Simon Rattle, recording major repertoire for EMI. Other musical experiences included playing with the BBC Philharmonic Orchestra, the Royal Liverpool Philharmonic Orchestra, and the Philharmonia Orchestra. In Michigan, he was concertmaster of both the Greater Lansing Symphony Orchestra and the Jackson Symphony Orchestra, and principal second violin of the Michigan Chamber Orchestra. As a member of the American Sinfonietta for five years, Michael performed close to one hundred concerts across Europe, appearing as assistant concertmaster on one of the tours. The orchestra was also in residence each summer at the Bellingham Music Festival in Washington. He has also been a guest concertmaster for the Shreveport Symphony Orchestra.
Michael has performed solo and chamber concerts to critical acclaim across the United States and Europe, collaborating with such artists as Ralph Votapek, Arvids Klisens, and Ian Fountain. He was a member of the Arlington String Quartet and the Beaumont Piano Trio, and, as a member of Quadrivium, was in residence at the Virginia Museum of Fine Arts for a season of innovative concerts connected to the various exhibitions. Michael had the honor of performing The Lark Ascending to Her Majesty Queen Elizabeth II on one of her official visits to Hereford, England. He has appeared on BBC Radio and on various public radio stations in the USA. His concerto performances include those by Bach, Bruch, Vivaldi, Mendelssohn, Tchaikovsky, Wieniawski, Elgar, Beethoven’s Triple Concerto, Schnittke’s Concerto Grosso No. 3, and Brahms' Double Concerto. He has been on the faculty of the Montecito Music Festival in California and the Wintergreen Festival in Virginia. In 2010 he was awarded a significant grant from the National Endowment of the Arts to present a chamber music festival of American music at the University of Georgia. He is also an Arabesque Records recording artist, releasing Elgar and Beethoven: Sonatas for Piano and Violin, in 2014.
Timothy Lovelace
heads the Collaborative Piano program at the University of Minnesota and is an active recitalist, having been featured at Rio de Janeiro’s Sala Cecilia Meireles, Carnegie’s Weill Recital Hall, Washington’s Kennedy Center, New York’s Merkin Concert Hall, Chicago’s Dame Myra Hess Memorial Concerts, and on chamber music series sponsored by the symphony orchestras of Chicago, Cincinnati, Detroit, Minnesota and the Saint Paul Chamber Orchestra. As a soloist, he has performed with the Minnesota Orchestra conducted by Osmo Vänskä. The roster of internationally-known artists with whom Lovelace has appeared includes Miriam Fried, Nobuko Imai, Robert Mann, Charles Neidich, Paquito D’Rivera, and Dawn Upshaw. For thirteen years, he was a staff pianist at the Ravinia Festival’s Steans Institute, where he played in the classes of Barbara Bonney, Christoph Eschenbach, Thomas Hampson, Christa Ludwig, and Yo-Yo Ma, among others. A proponent of new music, Lovelace has performed the works of many living composers, and he has presented premieres of works by John Harbison, Osvaldo Golijov, and Libby Larsen. He has recorded for the Albany, Arabesque, Blue Griffin, Boston Records, MSR, and Naxos labels. His principal teachers were Harold Evans, Gilbert Kalish, Donna Loewy, and Frank Weinstock.