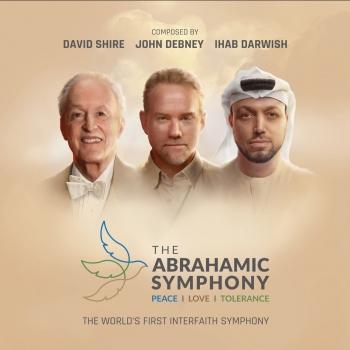 Ihab Darwish
The composer is more than just a musician, I believe that the role of a great composer embraces the ins-and-outs of complex coordination process on the stage. Music is an extremely powerful and unifying language. A universal medium speaks to everyone across all borders. It can bring peace in people’s hearts and minds as it overcomes linguistic barriers. Music builds bridges that connect people from different parts of the globe and common appreciation of cultural diversity. It is a great tool to spread messages of peace, tolerance, shared humanity and promote cultural diplomacy, in which I strongly believe.
Emirati artist, Ihab Darwish has played music since ten. Graduating in Advertising and Art Design, he has pursued a career of image and sound fusion to become a recognized composer.
In 2017 a breakthrough was cooperation with the Beethoven Academy Orchestra in Poland. His first album “Waves of My Life” was launched in 2018, reaching audiences through International distribution by Universal Music MENA. The premiere of his orchestral work: “Waves of My Life: Every Real Story Begins with a Note” was held in 2018 at the prestigious Emirates Palace for the Abu Dhabi Festival. This performance left the audience captivated and eagerly anticipating Darwish’s further development.
In March 2018 Darwish was bestowed ‘First Guest Composer’ by the Beethoven Academy Orchestra and invited to participate as Ambassador of the Euro Mediterranean Music Academy – EMMA for Peace. In the same year, Darwish composed music for the award-winning documentary “She” (2018) directed by Philip Jamel Rashid. A further unique collaboration saw Darwish composing a piece of signature music for Zahra Lari, the UAE first figure skater, to be used in her performances worldwide.
In 2019 Darwish worked in collaboration with the Emirates’ Ministry of Education on the historic theatrical performance ‘Voice of Tolerance’ produced by Dragone and staged at Le Perle in Dubai. The same year Darwish was invited to be a key composer at the UAE 48th National Day celebrations. This government invitation was for the show “Legacy of Our Ancestors”, It was attended by the UAE leadership, royalty, international dignitaries amongst the 14000-strong audience and his music has been performed by the Royal Philharmonic Orchestra in London.
In 2020 Darwish was commissioned by The Palm Fountain (Dubai, UAE) – world’s largest fountain by the Guinness Book of World Record, to compose an official musical theme “Aim For The Sky” as a sonic brand and its signature music. The composition pays homage to the UAE’s culture as well as capture Dubai’s cosmopolitanism and is performed regularly at The Palm Fountain at The Pointe, Dubai, from December 1, 2020.
Darwish’s music combines the classical and contemporary styles, tradition and modernity, big patriotic themes with intimate and personal pieces scored in a melodic and cinematic orchestration. His music is strongly embedded in Emirati values and traditions. Each piece is centered around profound human experiences, such as nostalgia for the past, love, pride and strong bond to his beloved homeland. At the same time, the music speaks beyond its discipline and beyond a local context.