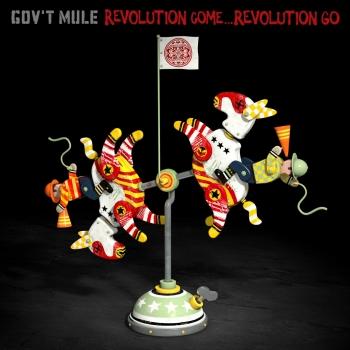 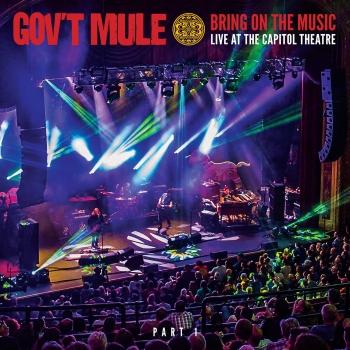 Bring On The Music: Live at The Capitol Theatre, Pt. 1 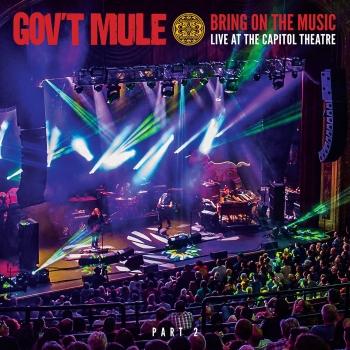 Bring On The Music: Live at The Capitol Theatre, Pt. 2 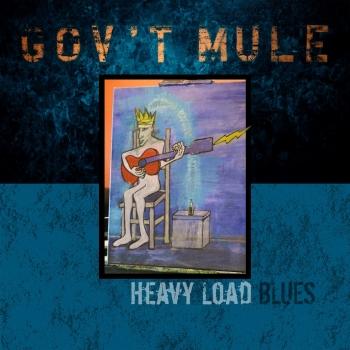 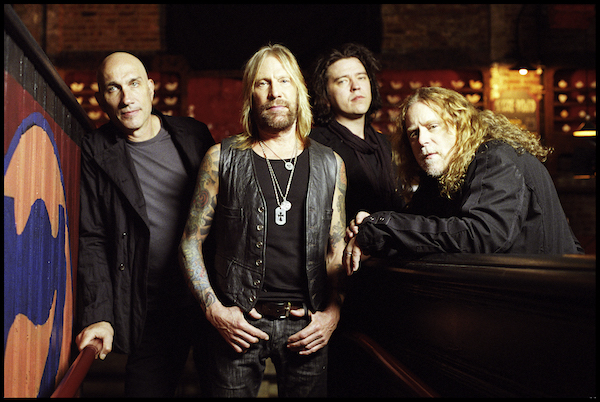 Gov't Mule
Legendary rock torchbearers, Gov't Mule, are ramping up their 2016 schedule with an extensive tour and the release of a new archival album entitled The Tel-Star Sessions, the band's very first, and never-before-released, demos made in June 1994 at Tel-Star Studios in Bradenton, Florida. These newly mixed and mastered recordings feature the original line-up: Warren Haynes, Allen Woody and Matt Abts. "Having listened to them recently, for the first time in decades, a big smile came over my face. These recordings capture the rawness and excitement of the earliest stage of Gov't Mule," explains Haynes.
Recorded during the infancy of Gov't Mule, the demos heard on The Tel-Star Sessions are from a time when Mule was an adventurous side project, formed during a year when Warren Haynes and Allen Woody had some down time from their work with the Allman Brothers Band. Becoming one of the most enduring, respected and active bands in the world was the furthest thing from the band's imagination; the plan was to record a low-budget album and play a few shows. More than two decades later, it's now clear that they had stumbled upon something special, but at that point Mule was an experimental rock trio: Haynes, Woody and drummer Matt Abts, who Haynes brought in after playing with him in the Dickey Betts Band. Fans will love the chance to hear their early improvisational interplay, an impressive skill that has since become a signature of Gov't Mule's albums and live shows.
Collaborating with Allman Brothers sound engineer Bud Snyder, and taking legendary producer Tom Dowd's advice to record all instruments simultaneously live in a room, Gov't Mule holed up in the Tampa-area studio. They recorded a mix of early originals such as "Blind Man In The Dark," "Monkey Hill," and "Left Coast Groovies" along with covers by ZZ Top ("Just Got Paid"), Free ("Mr. Big"), and Willie Dixon ("The Same Thing"). Says Warren, "Along with our discussions about the 'power trio' being missing from the current musical landscape were the discussions of how the sound of the bass guitar had gotten progressively 'cleaner' since the '80s (or late '70s), and how that affected the overall feeling of the music." Their influences leaned heavily on the likes of Cream, Jimi Hendrix Experience and ZZ Top, but Mule's search to bring back a familiar sound is mingled with grunge and alt-rock influences that had just emerged in the early-mid '90s. Little did they know that the magic created during these sessions would spark such a prolific musical journey.
The band recorded three increasingly ambitious studio albums and performed countless shows before Woody died in August, 2000. After briefly pausing to ponder their next move, Haynes and Abts began recording The Deep End, two CDs featuring guest bassists, ranging from the Who's John Entwistle to the Grateful Dead's Phil Lesh.
"Everything we've done collectively has led up to where we are now," says Haynes. "But those Deep End sessions, and the experience of playing with so many bassists and adapting to different sounds and approaches had a profound effect on Gov't Mule and what we've done since."
Danny Louis, a longtime collaborator, became a full-time member of Gov't Mule in 2001, and the group has been a four-piece ever since. Bassist Jorgen Carlsson has been with the group since 2008, solidifying the lineup.
"I think a lot of the music we're doing now is very similar to the music we were making in the earliest years with the obvious exception that we are no longer a trio," says Haynes. "In some ways we've come full circle and in other ways it only makes sense if you step back and connect the dots. And that seems right to me. You want to keep growing and you never want to be static, or done changing."
Warren Haynes' unparalleled ability to bring together different musicians into a cohesive whole or to pull off epic musical happenings is one of the many reasons why Haynes stands apart from the many great front men and guitarists who have graced the musical landscape. Combined with his guitar and vocal mastery, these skills have made him an in-demand presence and indispensible musical ally for many.
Gov't Mule has showcased its virtuosity, intelligence and breadth for more than two decades, which have encompassed 15 studio and live albums, millions of album and track sales and thousands of performances. The band has become a human encyclopedia of timeless American music while adding to that canon with their signature sound.