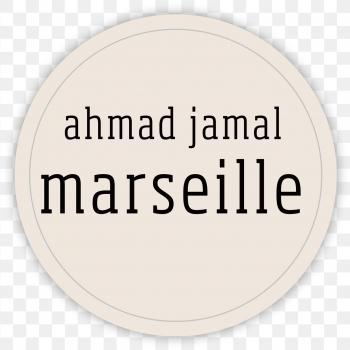 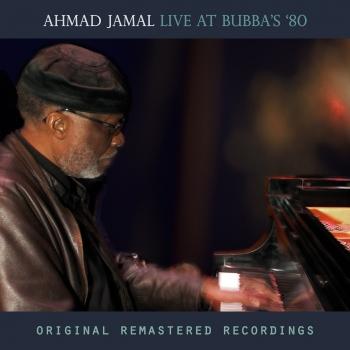 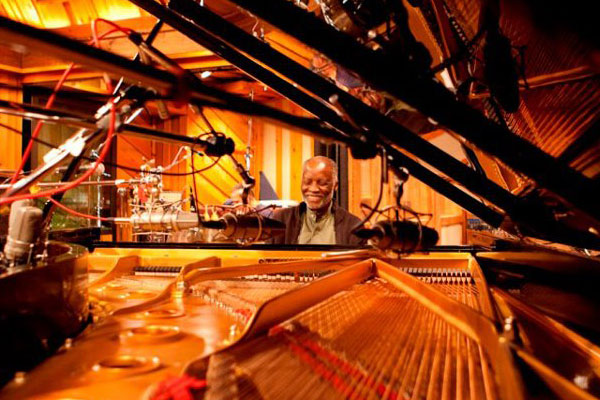 Ahmad Jamal
Celebrated pianist-composer Ahmad Jamal continues his performance schedule around the world, as he has for well over the last four decades. Noted for his outstanding technical command and identifiable sound as a piano stylist, Mr. Jamal was born on July 2, 1930, in Pittsburgh, Pennsylvania.
Considering his ensemble "an orchestra", Mr. Jamal not only achieves a unified sound, but subtly inserts independent roles for the bass and drums. The hallmarks of Mr. Jamal's style are rhythmic innovations, colorful harmonic perceptions, especially left hand harmonic and melodic figures, plus parallel and contrary motion lines in and out of chordal substitutions and alterations and pedal point ostinato interludes in tasteful dynamics. He also incorporates a unique sense of space in his music, and his musical concepts are exciting without being loud in volume. Augmented by a selection of unusual standards and his own compositions, Mr. Jamal would notably impress and influence, among others, trumpeter Miles Davis.
In 1994, Mr. Jamal received the American Jazz Masters fellowship award from the National Endowment for the Arts. The same year he was named a Duke Ellington Fellow at Yale University, where he performed commissioned works with the Assai String Quartet. In 2007 the French Government inducted Mr. Jamal into the prestigious Order of the Arts and Letters by French Culture Minister Renaud Donnedieu de Vabres, naming him Officier de l’Ordre des Arts et des Lettres.
Mr. Jamal’s previous recording A Quiet Time (Dreyfus Records), released in January 2010, was the number #1 CD on jazz radio for the year 2010 and continues to soar. Also this year the French Jazz Academy has voted "The Complete Ahmad Jamal Trio Argo Sessions 1956-1962" released by Mosaïc "Best reissue of the year with outstanding research work". His music remains, youthful, fresh, imaginative and always influential.
In December of 2011 Mr. Jamal was awarded with DownBeat’s 76th Reader’s Poll Hall of Fame. Mr. Jamal’s latest album Blue Moon which debuted in February opened to a sold out performance at Theatre du Chatelet in Paris.