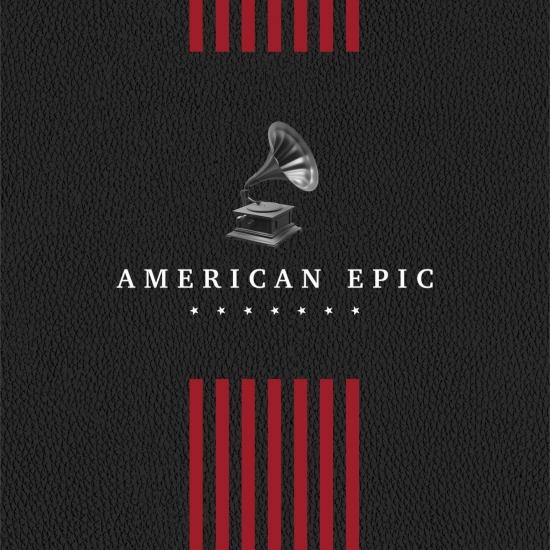 American Epic, a film series produced by Allison McGourty, Duke Erikson and Director Bernard MacMahon, explores the pivotal recording journeys at the height of the Roaring Twenties, when music scouts armed with cutting-edge recording technology captured the breadth of American music and discovered the artists that would shape our world.
The recordings they made of all the ethnic groups of America democratized the nation and gave a voice to everyone. Country singers in the Appalachians, Blues guitarists in the Mississippi Delta, Gospel preachers across the south, Cajun fiddlers in Louisiana, Tejano groups from the Texas Mexico border, Native American drummers in Arizona, and Hawaiian musicians were all recorded. It was the first time America heard itself.
American Epic: The Collection gathers 100 of these original recordings from the 1920s and 1930s in one five-disc set, restored to unprecedented levels of sonic fidelity. For this box set, compiled by Director Bernard MacMahon, engineer Nicholas Bergh refined a transfer process using a mix of both modern and vintage equipment in order to extract the remarkable resolution from the records that is often missed. This reverse engineering approach to the transfer process enabled the restoration team of Grammy Award-winning engineer Peter Henderson, Duke Erikson and Joel Tefteller to get the resulting audio closer to the original performance than ever before.
This is not "remastering," in the normal sense, but something closer to fine art restoration. The intent is not for people to marvel at the antiquity of these discs, but rather to experience them as vital, immediate performances that speak to us as directly as they did on the day they were recorded not simply great art for their time, but great art for all times. It includes a 100-page book filled with stunning unpublished photographs, quotes from the artists, their friends and families, lyrics for every song, essays and recording notes. Among the artists included are Mississippi John Hurt, The Carter Family, Charley Patton, Jimmie Rodgers, Lydia Mendoza, Nelstone's Hawaiians, Big Chief Henry's String Band, Robert Johnson and many others.
Digitally remastered
Please note: these are Mono recordings from 1928