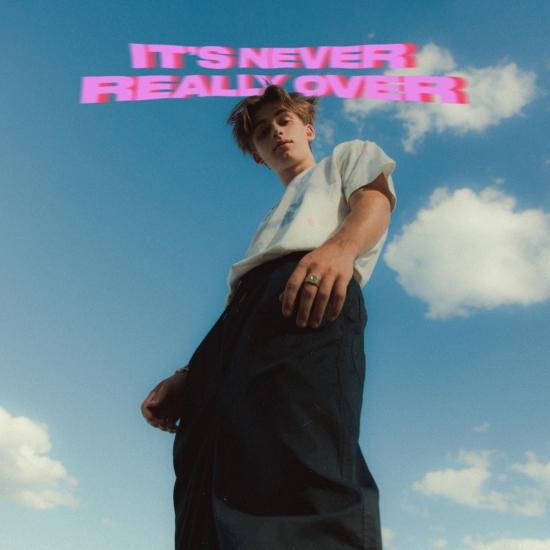 After months of anticipation among his social media following of over 25 million+ fans around the world, singer-songwriter and rising pop superstar Johnny Orlando’s sophomore EP, It’s Never Really Over is out today on Universal Music Canada, the country’s leading music company, and Island Records. It’s Never Really Over is the follow-up to Orlando’s 2019 EP, Teenage Fever. Recorded this past year in Orlando’s home city of Toronto, It’s Never Really Over features three brand new tracks including “Adelaide,” “Bad News” and “Flaws,” and Orlando’s previously released singles from 2020: “Phobias,” “See You,” and the recent 5 million+ streamed hit “Everybody Wants You.” This morning Orlando released a performance visual for the song “Adelaide,” and will continue doing so for the remaining tracks on the EP in the coming days.
It’s Never Really Over is a collection of songs that represent the growth Orlando has made both as an artist and personally over the last year, while having to deal with certain pressures and make decisions that a young adult is faced with at this time in their lives. Pulling influence from the pop icons of today’s youth like Drake, Dua Lipa, Post Malone and Billie Eilish, It’s Never Really Over sees Orlando collaborate with notable producers and songwriters including Pom Pom aka Kellen Pomeranz (John Legend, The Unlikely Candidates), Geoff Warburton (Shawn Mendes, 5 Seconds of Summer), Louis Schoorl (Kesha, Julia Michaels) and Mike Wise (Ellie Goulding, Bülow).
This month Orlando received his second MTV Europe Music Award nomination for Best Canadian Act, after winning the category at last year’s show. Orlando’s fellow nominees this year include Alessia Cara, The Weeknd, Justin Bieber and Jessie Reyez. Past recipients of the award prior to Orlando’s 2019 win include Shawn Mendes (2016-2018) and Justin Bieber (2013-2015).
Orlando’s current single, “Everybody Wants You” is top 25 at Canadian radio and was the #1 most added at Top 40 radio in Canada during impact week. Orlando was also recently selected as iHeartRadio’s Future Star for the months of October and November.
Johnny Orlando 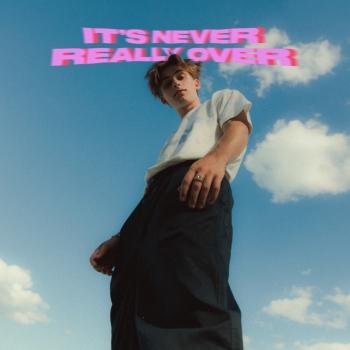 Johnny Orlando
the Toronto-born singer, songwriter and actor signed to Universal Music Canada / Island Records, is this generation’s rising pop superstar impacting a global music stage. After beginning his career posting covers on YouTube, Orlando has amassed a social media following of over 25 million+ engaged fans around the world. Now, at almost 18 years of age, Orlando’s music has generated over 500 million streams and over 500 million YouTube views, and has garnered acclaim from the likes of Billboard, Variety, Paper, Teen Vogue, Just Jared Jr., Tiger Beat and more. Orlando released his debut EP, Teenage Fever in March 2019 which included numerous international hits that helped propel him to where he is today including 2018’s Gold-certified “What If” (feat. Mackenzie Ziegler) which clocked 109 million-plus global streams and over 21 million music video views in under twelve months, captured #1 on the musical.ly Global Song Chart, and landed on the Spotify Viral 50 in 33 countries.
Earlier this year, Orlando released new singles “Phobias” and “See You,” revealing his more vulnerable side. He also re-released “What If” re-titled “What If (I Told You I Like You),” due to the massive success the song was receiving on TikTok where the track received over 12 million video creations resulting in over 5 billion views and was trending in over 15 countries globally including the U.S., U.K., Germany, Brazil, Canada and Australia. For one week in July, it was the #1 most used track (and Orlando the #1 most used artist) by video creations, beating out the likes of BLACKPINK, DaBaby and Drake. In summer 2020, Orlando’s musical talent and international impact was recognized further when he secured a global talent deal and consumer products partnership with MTV/ViacomCBS.
In 2019, Orlando garnered his first-ever Europe Music Award for Best Canadian Act at the 2019 EMAs, along the way garnering a nomination for Breakthrough Artist of the Year at the 2019 JUNO Awards as well as nods at the Kids’ Choice Awards, iHeart Much Music Video Awards, and Teen Choice Awards. Orlando is now set to release his second EP, It’s Never Really Over on October 23, 2020, which is a culmination of the personal growth that has come from his unique experiences over the past 12 months. It is a reflection of the now, a time filled with fears and uncertainty, but an underlining sense of hope.