Kings of the Wild Frontier (Deluxe Edition) Adam & The Ants 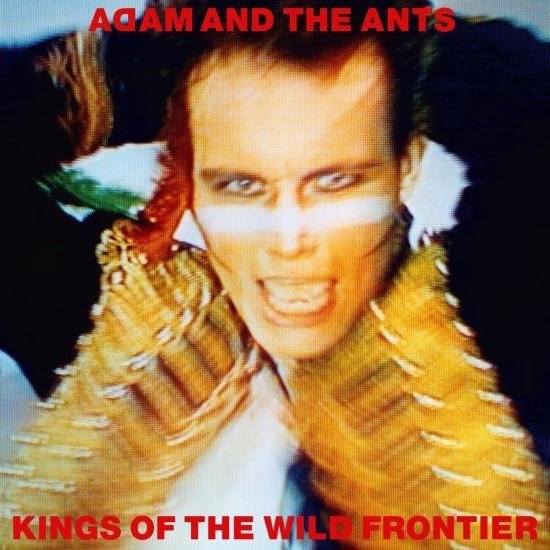 „Kings of the Wild Frontier“ remains a pivotal album in post-punk history, as well as a major turning point for Ant himself. Having attained nominal success with his debut Dirk Wears White Sox in 1979, Adam Ant had to start from square one when producer Malcolm McLaren spirited away his original Ants to form Bow Wow Wow. Ant and producer Chris Hughes pressed on, forming a new band with guitarist Marco Pirroni and Hughes himself on drums (under the name “Merrick”).
Kings Of The Wild Frontier was the result of a fierce, determined and ultimately realized ambition to turn the music scene on its head, in Adam's own words, 'to be the best, in tune with and in line with no one.'
By 1980, the aftermath of the glory days of punk loomed large and grey over Britain and popular culture. As Bowie and Bolan had done a decade earlier for the kids trying to shake off the disappointing hangover of their parents' Swinging Sixties, Adam & The Ants threw off the old guard of black and grey and safety pins and sneer and remerged on to the music scene with an undefinable brand and sound all of their own. Ant music! 'a new flavor'…'a golden new royalty'…'music for a future age.'
The loss of his Ants and fan requests to 'play the old stuff' proved the catalyst for change. Adam Ant says, 'Everything till then had been black and white…from now on there had to be color, dash and fire … heroism'…'we felt like heroes and here was the soundtrack to make others feel the same.'
Adam Ant, vocals, acoustic guitar, piano, harmonica
Marco Pirroni, electric guitar
Kevin Mooney, bass
Merrick (Chris Hughes), drums
Terry Lee Miall, drums
Recorded August 1980 at Rockfield Studios
Produced by Chris Hughes
Digitally remastered 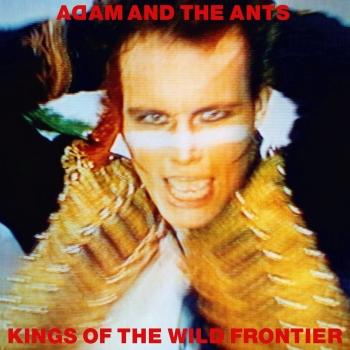 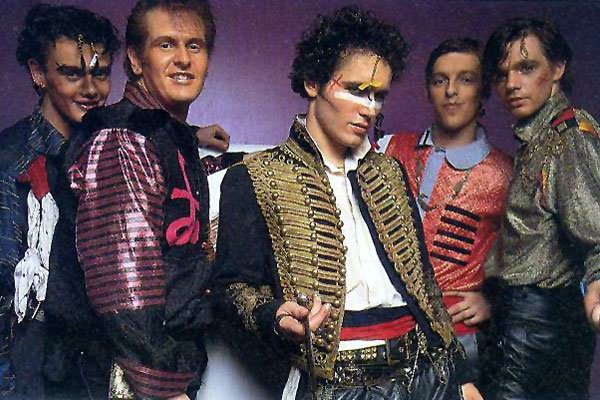 Adam & The Ants
One of the seminal figures of new wave, Adam Ant (born Stuart Leslie Goddard) had several distinct phases to his career. Initially, he explored a jagged, guitar-oriented post-punk with his group Adam and the Ants before giving way to a more pop-oriented, glam-tinged musical direction that brought him to the top of the charts. After that had run its course, he refashioned himself as a mainstream singer, which enabled him to stretch his career out for a couple of years. Once it seemed like his musical career had evaporated, he made an unexpected comeback in the early '90s as an adult alternative artist. During all this time, he recorded several great pop singles and had a surprisingly large impact on alternative rock. Adam Ant formed Adam and the Ants with guitarist Lester Square, bassist Andy Warren, and drummer Paul Flanagan in London in 1977. The group's approach was more theatrical than most punk groups, incorporating sadomasochistic imagery into their concerts. During this time, the group's lineup was fairly unstable, with Square being replaced by Mark Gaumont. The band released their debut, Dirk Wears White Sox, on the independent label Do It in 1979. Dirk was an ambitious and somewhat dark album, filled with jerky rhythms and angular guitar riffs, and elements of glam rock crept into Ant's vocals; Ant re-acquired the rights to the record in 1983, reissuing it in a re-sequenced and remixed form, with the tracks 'Catholic Day' and 'Day I Met God' replaced by 'Zerox' and 'Kick,' as well as including a new version of 'Cartrouble.' At the time of its release, Dirk Wears White Sox wasn't a critical or a commercial success and the band felt the need to rework their image. Ant hired Malcolm McLaren, the manager of the Sex Pistols, to help redefine their image. McLaren dressed the band in pirate outfits and suggested a more accessible and pop-oriented rhythmic variation on punk. Adam and the Ants followed his advice, preparing material for a new album. However, McLaren persuaded all of the Ants to leave Adam, using them as the core members of Bow Wow Wow. Adam Ant immediately formed a new version of the Ants, adding guitarist Marco Pirroni, bassist Kevin Mooney, and drummers Terry Lee Miall and Merrick (born Chris Hughes). Pirroni, in particular, became very important in the band's musical direction, co-writing the majority of the songs with Ant, thus beginning a collaboration between the duo that would continue into the '90s. Driven by a relentless driving beat and chanting melodies, the new band's first album, 1980's Kings of the Wild Frontier, became an enormous hit in the U.K., launching three Top Ten hit singles, including the number two 'Ant Music.' The band's success was helped by a series of visually enticing videos, prominently featuring the skinny, handsome Adam Ant decked out in pirate gear. Prince Charming, released the following year, retained the same formula as Kings of the Wild Frontier, spawning two number one singles, 'Stand and Deliver' and 'Prince Charming.' Even though the album was a commercial success, the formula was beginning to wear thin. After Prince Charming, Adam Ant ditched the Ants for a solo career, retaining Marco Pirroni as a songwriting collaborator and a supporting musician. Ant's first solo album, Friend or Foe, was released in 1982 and featured the number one single 'Goody Two Shoes' and the Top Ten title track. Although his next album, 1983's Strip, had some highlights and hit singles, it marked the end of his reign as one of Britain's top pop stars. Released in 1985, the Tony Visconti-produced Vive Le Rock had some fun moments, but the performance was too studied and the record didn't earn any hit singles, so Adam Ant pursued a surprisingly successful career in acting. In 1990, Ant made a comeback with the catchy hit single 'Room at the Top' from the Manners & Physique record, but the album failed to produce another hit single. For the next five years, Ant concentrated on acting. By the time Adam Ant returned to recording in 1995, echoes of his music could be heard in the spiky singles of Elastica, the neo-goth industrial rock of Nine Inch Nails, and the pseudo-glam of Suede. Instead of capitalizing on the burgeoning new wave revival, Adam Ant's 1995 comeback, Wonderful, had little to do with the stylish, intensely rhythmic sound he made in the early '80s. Instead, the album repositioned him as a more mature pop-rocker, with crafted songs that featured acoustic guitars as prominently as electrics. The album was a moderate hit in the U.S. and the U.K., as was the single 'Wonderful.' (Stephen Thomas Erlewine, AMG)