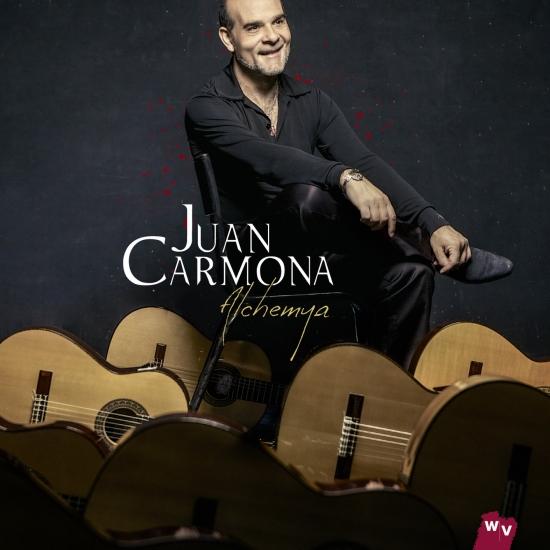 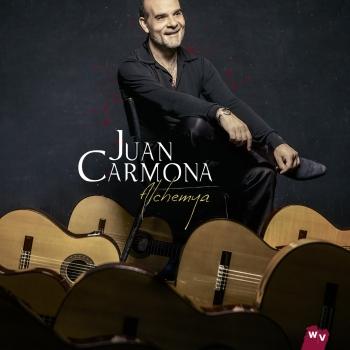 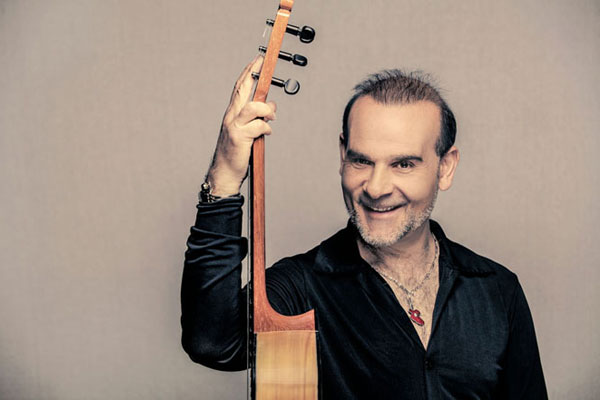 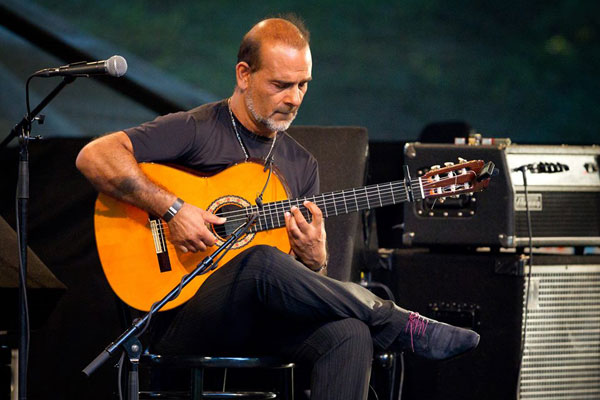 Juan Carmona
His name is Carmona, like his distant cousins of the Habichuelas dynasty of Granada, all guitarists. His ancestors were blacksmiths in Malaga, however his branch of the family emigrated to North Africa. In 1963, one year after the exile, he was born in Lyons, France.
Juan was barely 10 when his father gave him his first guitar. His virtuosity became quickly apparent to professional musicians and it was only a matter of time before he began gathering international acclaim. He obtained his degree as a concert musician, awarded by the celebrated National Conservatory of Music in Paris and, at the age of 26, became the first professor of flamenco guitar holding a state-awarded diploma.
Juan Carmona soon felt the urge to return to the land of his ancestors, to go back to his roots and imbibe again at the family spring—Jerez de la Frontera in Andalusia—with a personal challenge: to revive recognition of the originality of his art in the town considered as the cradle of flamenco. And the wager was won: for more than eight years, he rubbed elbows with and accompanied the greatest names in flamenco, all the while immersing himself in their talents: singers Agujetas, Duquende, Terremoto hijo, Rubichi, Antonio and Manuel Malenas, Jesus Monje (brother of Camaron de la Isla), Jose Mendez, dancers Joaquín Grilo, Ana Parrilla, Angelita Vargas … and recorded with Moraito, Rubem Dantas, Niño de Pura, Manolito Soler, Tino di Geraldo, Chano Dominguez.
In 1988, he was awarded first prize in the Jerez de la Frontera International Competition, and was a finalist in the Union and Cordoba Guitar Competition. In 1989, he obtained a diploma from the Jerez Flamenco Foundation, awarded by guitarist Manolo Sanlúcar. In 1990, he won the Villa Médicis Hors Les Murs award, the Don Antonio Chacon trophy awarded by his "peña flamenca", and in 1992 the Lavoisier award. Finally, in 1994, he achieved the ultimate laureate: first prize in the Madrid Paco de Lucia Competition.
Besides his many concert achievements, awards and relationships in the guitar world, this French-born gipsy can add a further distinction: permanent triumph in Spain, particularly in Andalusia where he has created upheaval in the world of flamenco. His sojourn is Spain gave birth to his recording "Borboreo" (sending waves through the music world in 1996) in tribute to the city of Jerez, and "Entre dos barrios", with singer Jose Mendez and guitarist Moraito Chico.
Since his return to France in 1996, Juan Carmona has known an endless series of recordings and concert engagements. After working with a fabulous stream of musicians representing a wide range of musical genres: Birili Lagren, Babik Rheinhart, Larry Corriel, Philip Catherin, Christian Escoudé, Raphael Fays, Louis Winsberg, to name just a few in the area of jazzSubramanian and the Chemirani family in Indian and Iranian musicsinger Matlubeth (Uzbekistan)and participation in numerous film scores, (La belle Histoire, Cuisines et Dépendances, Sables Mouvants), Juan Carmona set up his own group: Juan Carmona Grupo, staging shows throughout France and abroad, forging himself an international musical career: USA, Germany, Italy, England, Morocco, Switzerland, Portugal, in addition to performances in major music festivals such as Midem (96) and Womex (97). A program was devoted to him on the Franco-German channel Arte in October 1998, presented by the maestro Lord Yehudi Menuhin, who considered Carmona to be an outstanding guitarist.
More recently, the guitarist has been commissioned to compose a Flamenco Rhapsody, performed by the Potsdam Philharmonic Orchestra and the Juan Carmona Grupo in Germany in May 1999.Juan Carmona has proven to be one of the most creative guitarists of the new flamenco generation. The performer has a surprising, moving quality. Somewhere between profound awareness of musical genres, traditional styles and a devastating modernity, Carmona stands as an innovator, one of the most powerful links in the musical chain at the close of the 20th century. More info: www.juancarmona.com