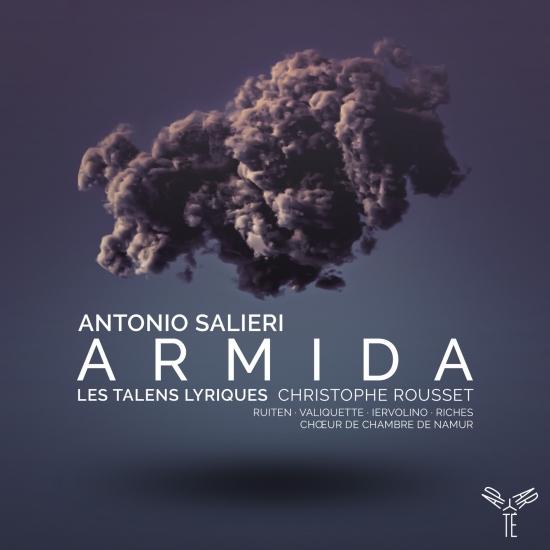 A keen advocate of the works of Antonio Salieri (1750-1825), Christophe Rousset continues his exploration of the composers operas, having unearthed the manuscript of another masterpiece. In the form in which it was first performed in Vienna on 2 June 1771, Armida presents a perfect synthesis of the Italian and French styles.
Salieri was just twenty years old when he first turned to the composition of an opera seria. He chose to tackle a well-known subject, that of the love between Rinaldo and Armida, borrowed from the epic poem by Torquato Tasso, Gerusalemme liberata, first published in Venice in 1580. The three-act libretto was written by Marco Coltellini (1719-1777), who provided librettos for Gluck, Hasse, Traetta and others. A very dense plot focuses on the intense drama involving just four characters (Armida, Ismene, Ronaldo and Ubaldo). The confrontation between West and East – the Christian Crusader and a Saracen sorceress – found an immediate echo in Vienna, which had in the past been besieged by the Ottomans. The opera was an instant success.
With his Armida, Antonio Salieri prefigured Gluck and his Armide of 1777. The plasticity of his composition, the originality and brio he shows in this avant-garde style, were to ensure his lasting reputation and earn him, later on, his first commission from the Académie Royale de Musique in Paris, for which he was to compose three operas to French librettos, Les Danaïdes (1784), Les Horaces (1786) and Tarare (1787), all of which Les Talens Lyriques have recorded in recent years. The first performance of Armida in France enables us at last to hear the early beginnings of an operatic œuvre that was to unfold triumphantly all over Europe.
Lenneke Ruiten, soprano
Florie Valiquette, soprano
Teresa Iervolino, mezzo-soprano
Ashley Riches, bass-baritone
Choeur de Chambre de Namur
Les Talens Lyriques
Christophe Rousset, conductor 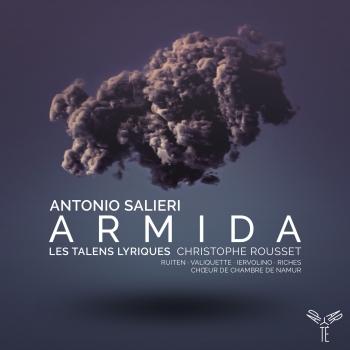 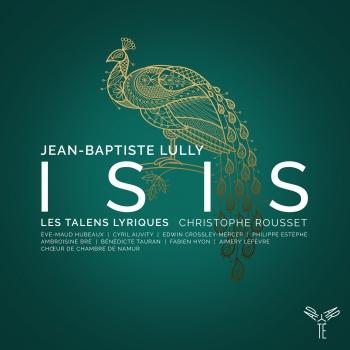 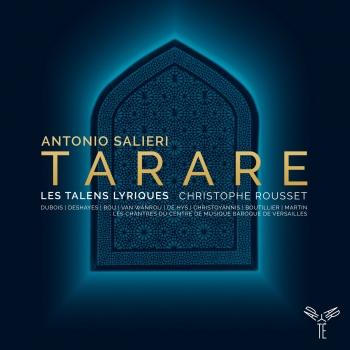 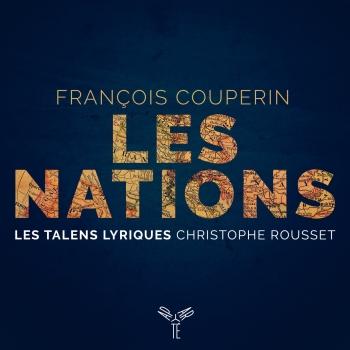 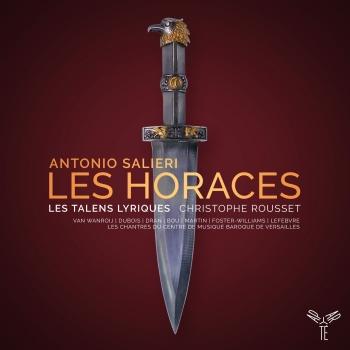 Christophe Rousset
the founder of the Les Talens Lyriques and an internationally renowned harpsichordist, is a musician and an orchestral conductor inspired by a passion for opera and the rediscovery of the European musical heritage.
After harpsichord studies at La Schola Cantorum in Paris with Huguette Dreyfus, followed by the Conservatoire Royal in The Hague with Bob van Asperen (winning, at the age of 22, the prestigious First Prize in the 7th Bruges Harpsichord Competition), and followed in turn by the creation of his own ensemble, Les Talens Lyriques, in 1991, Christophe Rousset has a perfect grasp of the richness and diversity of the Baroque, Classical and Preromantic repertoires.
After initially attracting attention for his extraordinary talent as a harpsichordist, he soon made his mark as a conductor, with invitations from around the world to perform with his ensemble (Opéra de Paris, De Nederlandse Opera, Théâtre des Champs-Élysées, Salle Pleyel, Opéra de Lausanne, Teatro Real, Theater an der Wien, Opéra Royal de Versailles, Théâtre Royal de la Monnaie, Barbican Centre, Carnegie Hall, Concertgebouw Amsterdam, the Aix-en-Provence and Beaune Festivals, to name but a few venues).
Alongside this, he has continued to pursue an active career as harpsichordist and chamber musician, performing and recording on the most beautiful period instruments. His complete performances of the works for harpsichord of F. Couperin, Rameau, d’Anglebert and Forqueray and various recordings of pieces by J. S. Bach (Partitas, Variations Goldberg, Concertos for harpsichord, English Suites, French Suites, Klavierbüchlein) are considered landmarks. His most recent recording of another musical monument by the German Cantor, the 2nd book of the Well-tempered Clavier (Aparté) – a recording made in the Château of Versailles on a Joannes Ruckers harpsichord (1628) – has been awarded a number of honours, including a “Choc” from Classica magazine and CD of the week from Britain’s Radio 3. The instruments of the Paris Museum of Music have also been entrusted to him for the recording of three CDs of music by Royer, Rameau and Froberger.
Teaching is also an aspect with major importance for Christophe Rousset, who conducts and organises master classes and academies for young people (Accademia Musicale Chigiana in Siena, CNSMDs Paris, Académie d’Ambronay, Orchestre Français des Jeunes Baroques, Jeune Orchestre Atlantique, Junge Deutsche Philharmonie, the Britten-Pears Orchestra) and he devotes himself with great energy, alongside the musicians of Les Talens Lyriques, to introducing young secondary school pupils in Paris and the surrounding region to the world of music.
Christophe also has a career as guest conductor (Liceu Barcelona, San Carlo Naples, La Scala Milan, Opéra Royal de Wallonie, Orquesta Nacional de España and the Hong Kong Philharmonic, Orchestre du Théâtre Royal de la Monnaie, among other orchestras) as well as the active pursuit of musical research, with the production of critical editions and the publication by Actes Sud of a study on Rameau in 2007.
Christophe Rousset has been awarded the French honours of Chevalier of the Légion d’honneur, Commandeur in the Ordre des Arts et des Lettres and Chevalier in the Ordre national du Mérite.