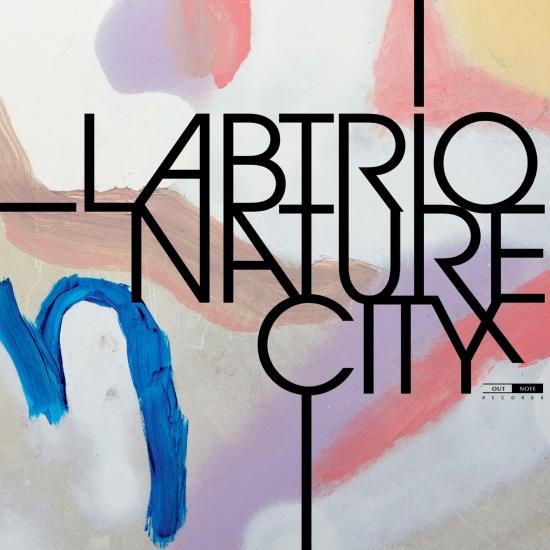 LABtrio talking about its new project: ‘For our latest album we explored the world of chamber music, with a lot of elaborated compositions and extensive improvisations. This time, we are fi guring out who we have become after ten years of LABtrio. Over the years, we have built a varied repertoire and a uniqueness we want to stress with our new album. The challenge is to expand and dig in our identity and our story as a trio, as well as to breathe new life into it.’
To accomplish this, Lander, Anneleen and Bram look for lyricism and drive, melodies and beats, that project LABtrio. Inspired by different musical genres, ranging from classical music to pop and electronics, they selected their favourite ‘non-guilty pleasures’.
When all these ingredients come together, one can expect a third album that will be a range of new collectively composed works and older never-heard compositions, recycled and refreshed by the band members, combined with some covers, on which the musicians wanted to leave their own mark.
Lander Gyselinck, drums
Anneleen Boehme, bass
Bram De Looze, piano 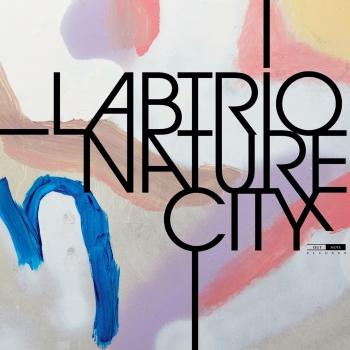 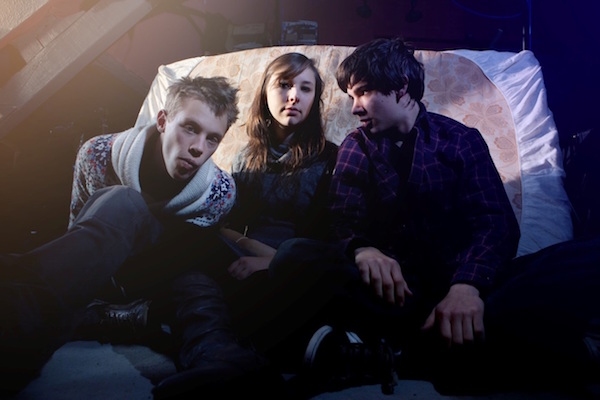 LABtrio (Lander – Anneleen – Bram)
are three musicians with strong personalities, endowed with a fresh and adventurous approach to music. The trio’s acoustic universe conceals an urban jazz that flirts with electronic, underground and hip-hop cultures.
Since the Trio’s founding in 2007, they have received several awards and prizes (including a superb double – Audience Prize and Grand Prize – at the prestigious Avignon ‘Tremplin Jazz’ festival in 2011). Thanks to this price, they recorded their first album at the Studio la Buissone, Pernes-les fontaines in France. Their first album “Fluxus” released in October 2013 (Outhere records) – a real gem – constitutes testimony to what is the jazz of today, seen by this new generation of musicians.
In 2014, LABtrio participated at the 12 points festival in Umeå, and received a lot of positive feedback. Here is an inspiring description from their performance, written by Henning Bolte in All About Jazz – April 2014:
“The LAB trio-which is drummer Lander Gyselinck, bassist Anneleen Boehme and pianist Bram de Looze, then took off to a new shore of trioism, inducing a jaw-dropping, high level of musical experience through their miraculous interplay of characteristics including an amazing, mutual musical sensibility and agility, deep in-the-moment playing and delicate as well as thrilling timing, effortless execution and the sheer joy of performing. It all led to a great sound and gripping, infectious dynamics that rose, unfettered, to the apogee of the night.”
In the Spring of 2015 LABtrio starts a new collaboration with cellist Christopher Hoffman and saxophonist Michaël Attias, both from New York. A residency was held in February in Vrijstaat O (BE) and The NY Project was created. Their creation was premiered on the 20th and 21st of February 2015 on the occasion of the STORM! Festival and BRAND festival in Oostende (BE) and Mechelen (BE). Afterwards the group was invited to play at the legendary jazzclub ‘Barbès’ in New York. The quintet also recorded their new album “The Howls Are Not What They Seem” (Outhere Records) at the Kaleidoscope Sound Studio in New Jersey, USA. The group toured with this new work throughout Belgium in January 2016.
In the autumn of 2015, LABtrio was part of the ‘Match & Fuse’ program, sharing the stage with the renounced British Dinosaur. Together they performed at different venues in Belgium and the United Kingdom. After a great showcase performance during Jazzahead! 2016, the trio held, in May 2016, an artistic collaboration with the Norwegian saxophonist Harald Lassen and successfully toured in Norway.
In the winter of 2017 LABtrio will be releasing their third album to celebrate their 10th anniversary. They prepared themselves through summer festivals as Nattjazz, Bilzen Jazz and Roeselare Jazz.
Lander Gyselinck
When you talk about Lander Gyselinck (1987), you say in one breath versatility, energy, quirkiness, curiosity, even brilliance & ‘revelation’. The ambitious drummer, composer & improviser grew from a young super talent to a respected value in the Belgian jazz and improvisation scene and this at an unseen pace. His eccentric musical taste goes beyond jazz and tests limits of contemporary electronic music, pop, hip hop, free impro, Indi music, noise and more. This way, he developed a broad and individual sound, which he uses in a lot of different musical projects, like popular glitch-hip hop band STUFF. His drum play is explorative, inventive, virtuoso & exciting. The influences of his teachers Stéphane Galland, Kris Defoort, Dan Weiss & Reggie Workman are, together with the New York vigour (he studied at the New School for Jazz and Contemporary Music), unmistakable. Only 29 years old, but a record that stands out from anything else. It is no surprise he won multiple awards. In 2010 he received the ‘Toots Thielemans Jazz Award’ and at the start of this year he was rewarded with ‘Best Musicians of the Year’ (MIAs).
Anneleen Boehme
is one of Belgium’s rare female double bass talents. She started playing the double bass at the age of 12. She studied at the Royal Conservatoire of The Hague (Holland) with Frans van der Hoeven and she finished her studies of Music at the Conservatory of Antwerp, summa cum laude, with Nicolas Thys, in 2015. Master classes by i.a. Hans van Oosterhout, Larry Grenadier and Pierre Vaiana influenced her composing and bass playing a lot. Although Anneleen is best known as the double bass player in LABtrio, she also plays in bands Frie Maline, Saragon and GIZMO, and with ‘kleinkunst’ singer Mira. With Fien Desmet she composes music for theatre. She’s extremely versatile, and even that is an understatement. No wonder she’s a frequently asked bass player in the jazz scene.
Bram De Looze
is an extremely talented piano player. Even at a young age, everyone was talking about him as a jazz pianist. He studied jazz piano at the Lemmens Instituut in Leuven (BE) with Ron Van Rossum and at the Conservatory of Antwerp (BE) with Erik Vermeulen. In 2012 he moved to New York – together with Lander – where he studied at the prestigious New School for Jazz and Contemporary Music and was taught by great jazz masters such as Marc Copland, Reggie Workman, Uri Caine and many others. He’s a jack of many trades. He is playing at multiple bands, like the transcendent Dr Hocevar Trio, Robin Verheyen Duo, De Looze/Machtel/De Waele, Sander De Winne Group and Insect Zoo. In addition, he’s composer-pianist of his own international project, a promising septet, “Septych” and conquers international stages with his solo project “Piano e forte”. At Gent Jazz 2016 he won the SABAM Jazz Award for ‘Young Talent’. Improvisation is the core fundament of Bram’s piano playing. Beside the dominant role of jazz, he finds his inspiration in creative, historical and abstract contemporary, classical music. In other words, the sky is the limit. Combined with his natural flair, it makes him the extraordinary talent he is.