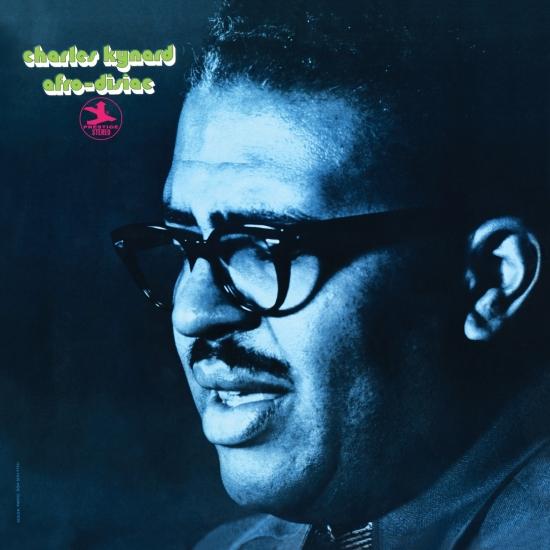 The rarest of all Charles Kynard albums – and a real standout groover from the classic funk days of Prestige! The album's a really creative outing – with arrangements by Richard Fritz that take the usual small combo Prestige sound to new heights – twisting and turning the rhythms past the usual heavy foot on the bass motif! Fritz wrote the bulk of the tracks, and they've got a modal grooving mode – with a mixture of hard rhythms and dancing organ, guitar, and tenor from Houston Person that's almost in a Funk Inc mode – with lots of sharp changes. The rest of the group is great – Bernard Purdie's on drums, Jimmy Lewis plays Fender bass, and Grant Green is on guitar.
„On this 1970 session, Kynard was backed by a first-rate quartet of musicians that often appeared on Prestige soul-jazz dates of the early 1970s: Houston Person on tenor sax, Grant Green on guitar, Jimmy Lewis on bass, and Bernard Purdie on drums. Most of the original material was supplied not by Kynard or the band, but by Kynard's friend Richard Fritz, who penned four of the six tunes. Kynard's one of the more understated soul-jazz organists of the era, and shares space pretty generously with the other musicians on these basic, funky vamps. The title track has an edginess in the riff that makes it stand out a bit; "Bella Donna" has a melody not far from "Wade on the Water" in places; Jimmy Lewis gets a real fat walking Fender bass tone on "Trippin'" (which he co-wrote with Kynard); and "Chanson du Nuit" has a light bossa nova feel which contrasts pleasingly with the rest of the set.“ (Richie Unterberger, AMG)
Charles Kynard, organ, keyboards
Houston Person, tenor saxophone
Grant Green, guitar
Jimmy Lewis, bass
Bernard Purdie, drums
Richard Fritz, arranger (tracks 1, 2, 4 & 6)
Recorded April 6, 1970 at Van Gelder Studio, Englewood Cliffs, New Jersey
Produced by Bob Porter 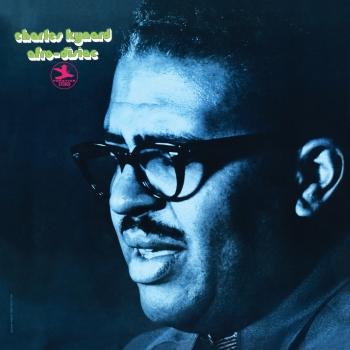 Charles Elliot Kynard
was born February 20, 1933. A native of Kansas City, who lived and played in Kansas City, Missouri as a child, and an adult for over forty years. Considered a Hammond organ virtuoso and electric-bass player, Kynard is unquestionably the finest organist to have played in Kansas City, Missouri. Pat Metheney of Kansas City and national fame has said Charles Kynard was the best organ player he has ever played with. Foremost, Kynard holds a very special place in jazz history as he is always mentioned along with the giants of organ mastery that includes Jimmy Smith, Richard “Groove” Holmes, and Jimmy McGriff.
Kynard received his early his early education in the Kansas City, Kansas public Schools. He received his undergraduate and graduate degrees from the University of Kansas at Lawrence; Post graduate work at UCLA, University of California at Long Beach; Avila University, Kansas City; the Ford Free University in Berlin, Germany; and the Hock-Schule for Music in Berlin, Germany. Charles Kynard started studying and playing music at the tender age of nine then switching from piano to the organ. His Mother, and father, (B.C. Kynard) both were outstanding professional musicians.
An uncle, Ben Kynard, Kansas City’s own Mr. Red Top played with the Lionel Hampton Orchestra; and an aunt was a dean of Music at Hampton Institute.
In 1956-1957 he touched the world with the U.S. Army show. He also appeared on the famous Ed Sullivan show in 1956; and with the Kansas City Philharmonic Orchestra. During the early 1960’s Kynard often played as a guest organist at Municipal stadium at Kansas City Athletics baseball games. There he played the traditional baseball songs in the 7th inning stretch such as Take Me Out To The Ball Game, while also adding his flair for improvisation.
In 1963, Kynard moved to Los Angeles, California and worked in studio orchestras for Columbia Pictures, and Warner Brothers Pictures. He also worked with studio musicians in and around Hollywood. He recorded on three labels, Prestige Records, under his own name with Pacific Jazz in the 1960’s, and Mainstream Records during 1971-74. It is, perhaps, the four records he did for Prestige between 1968 and 1970 that Kynard is best known for. “Legends of Acid Jazz” which combines the last two of these, “Afro-Disiac” (1970) and “Wa-Tu-Wa-Zui” (1970). A brief discography includes: “Where it’s at“ (1963) “Professor Soul” (1968) “Soul Brotherhood “ (1969), “Reelin With The Feelin”(1969), “Charles Kynard” (1971), “Woga” (1972) “Your Mama Don’t Dance” (1973). In addition, Charles Kynard has accumulated numerous credits for his outstanding work throughout the years, and with many artists continuing today.
Kynard, despite the number of albums produced, actually recorded infrequently choosing to appear nightly on the Los Angeles County and New York night club scenes.
Kynard was also an educator who taught mentally challenged children of both the Kansas City, Missouri public school district and the Los Angeles County public school system. In his private studio, he would teach piano and organ to budding musicians of all ages. In addition to his love of several jazz genres that included soul, jazz, and acid jazz, Kynard equally loved and played Gospel music much in the tradition of Thomas Wright Waller (Fats Waller). To that end he served as organist at the First AME Church Los Angeles under the Reverend H. Hartford Brookins before he was selected to the bishopric. Charles Kynard later led First AME Church of Pasadena as its Minister of Music and served as organist for the Fifth District of the AME Church.
Kynard traveled and performed with Gladys Knight and the Pips, and Jimmy Witherspoon, in concerts in New York, California, Rhode Island, Massachusetts and other states. Charles had been performing with the popular stage drama, “Evolution of the Blues.” The good Lord called Charles E. Kynard home July 8, 1979 as he sat at the organ that day playing the music he loved so much.
Charles Kynard was married to the late Alice Kynard and have three children, the late Jeffrey Kynard, Kimberly Kynard of Los Angeles, and noted opera singer, Bradley Kynard of San Francisco. Two brothers, Gary Kynard of Los Angeles, and Richard Kynard of New York. An uncle Ben Kynard, and an aunt Shiverla Jones of Kansas City, Missouri in addition to several cousins in California, New York, Lee’s Sumit and Kansas City, Missouri.
Special thanks to cousin Brett Kynard for assembling this biography and working with theAmerican Jazz Museum in Kansas City with their tribute to Charles Kynard.