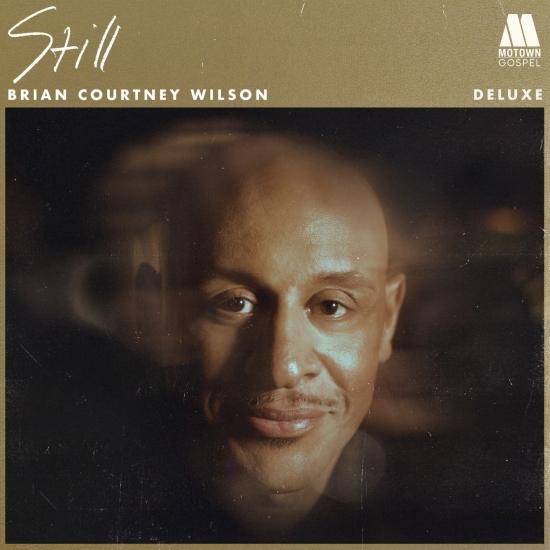 Brian Courtney Wilson's fifth eagerly awaited studio album, STILL, is available now.
Wilson continues to elevate his musicality and artistic depth with each new body of work. STILL is the much-needed album amidst some of the most uncertain and unprecedented times in modern history. Brian acknowledges our feelings, anxiety, frustration, anger, and fear, ALL compounded in 2020, yet doing so, all through a lens of hope. STILL navigates the spaces between fact and faith, and it is beautiful.
Against the backdrop of a global pandemic and a fraught election year, STILL takes on multiple meanings. STILL is a reminder that God is still Sovereign and still with us AND a metaphor for the 'stillness' in our lives and how everything has changed over the last several months.
As with previous hit songs, the project's title track "Still," is a sweeping and entirely personal ballad. Once again, Wilson makes us feel like he's letting us in on his innermost prayers and tapping into the same thoughts we have. "Being 'still' doesn't mean you don't do anything," said Wilson. "To be 'still' is the act of tempering any anxiety long enough in order to do what you are called to do, fulfilling the assignment(s) on your life, and doing the work."
Brian Courtney Wilson 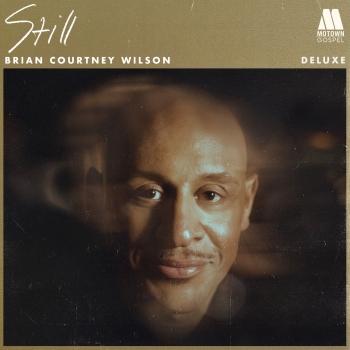 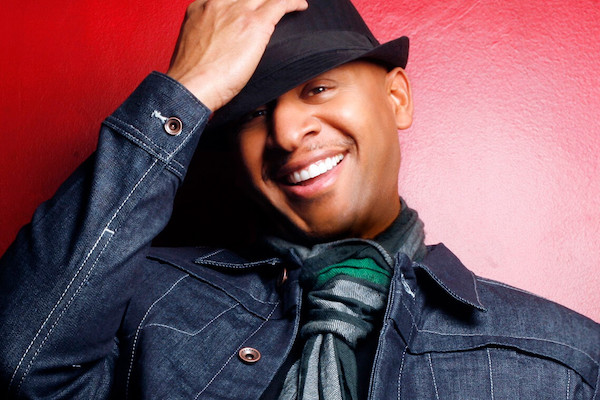 Brian Courtney Wilson
The modern Gospel messenger is an evolved one. He is informed and sophisticated in thought, continually negotiating between humanity’s immanence and the behest of eternity. He realizes the recognition of either does not negate the other. Instead, doing so helps to form the depth and complexity of the message needed to reach and aid the masses. Brian Courtney Wilson is a chief example of the former, and his latest musical offering, Still, is a sound embodiment of the latter.
Chicago-area native and Missouri City, TX resident, Wilson is a multiple Stellar Award-winner, a GMA Dove Award-winner, ASCAP Rhythm & Soul Award winner. Wilson has received nominations for several Grammy® Awards, an NAACP Image Award, and a Billboard Music Award. Since his debut release (2009’s Just Love), Wilson has delivered some of the most beloved songs of the past decade and has established himself as one of our time’s premier male inspirational voices. His signature and impassioned vocals are an homage to the myriad of his musical influences, which include Donny Hathaway, Stevie Wonder, Marvin L. Winans, and Fred Hammond, to name a few. A graduate of the University of Illinois, and a former corporate pharmaceutical representative, Wilson is a critical thinker whose approach and presentation of Gospel ministry is equal parts anointed and erudite.
Still, Wilson’s fifth studio album is perfectly suited for release amidst some of the most uncertain and questionable modern times. Acknowledging anxiety, frustration, and fear, inevitably compounded by current events, yet doing so through a lens of hope, Still artfully navigates the spaces between fact and faith.
The most apparent demonstration of this is Wilson’s masterfully reimagined interpretations of two well-known songs, which seemingly serve as thematic bookends of sorts. There is “Inner City Blues (Make Me Wanna Holler),” where his angst-tinged tenor interprets lyrics sung originally and co-written by another inspiration, and prolific emissary of his day, Marvin Gaye. Hauntingly, the lyrics – rife with societal ills, political discord, and economic disparity – hold just as much poignance and relevance as they did at the time of the song’s original bow, nearly 50 years ago. However, Wilson’s artistic pendulum swings from a position of cultural awareness and responsibility to a posture of prophecy and hope, in the form of The Winans’ crossover classic, “Ain’t No Need To Worry.” Wilson’s cover pairs him with the dynamic and vocally agile Maranda Curtis. The result is a soothing and sage reminder of the eternal hope we have in Christ.
While the two most familiar songs lean towards what seems to be opposing ends of the faith spectrum, perhaps equally as notable about Still is its attention to the varying degrees between the two. The balance between the songs speaks to the core of people vacillating between what we see, what we feel, and what we believe.
“Waiting” was co-written by Grammy®-nominated, Soul/R & B recording artist and fellow United Tenors alumnus, Eric Roberson. It encourages the listener to recognize answered prayers. And even when they look, or feel, differently than imagined, not to overlook them while in pursuit of those not yet manifested.
“Forever,” and “Sure As,” also co-written by Wilson, address God’s unwavering and never-ending sovereignty, and commission the listener to assume a similarly perennial stance of praise and worship towards Him.
Wilson solely penned the title track, “Still,” and “Merciful And Mighty.” “Still,” plays like an earnest prayer, and a commitment to be resolute in the midst of your circumstances. Contrary to popular opinion, Wilson clarifies that stillness does not translate to apathy. He offers, “Being ‘still’ doesn’t mean you don’t do anything. To be ‘still’ is the act of tempering any anxiety long enough to do what it is that you are called to do, fulfilling the assignment(s) on your life, doing your work… and with just as much confidence and resolve, trusting God to handle what you can’t.”
“Merciful And Mighty” further expounds upon existential complexities and nuances, this time in reverence of two of God’s divine attributes. In it, Wilson seems to refute the notion that to extend grace or mercy is a sign of passivity or weakness. Instead, he establishes a correlation between mercy and might. He says, “I wanted to communicate that, the reason God is who we acknowledge as God, is because He paid a great price to do it on Calvary…and that price was mercy towards us. He is powerful enough to show grace.”
In a first-time collaboration, Wilson joins forces with Grammy®-nominated Christian songwriter, Jeff Pardo (Jesus Culture, Tauren Wells, Francesca Battistelli), on “Fear Is Not Welcome.” Pardo penned the song after a conversation during which Wilson shared his heart and conveyed what he wanted to say to God’s people at this time. The result is an anthem of admonition – renouncing fear and each of its derivatives – and instead, extolling joy, peace, and protection.
Wholly, Still is purposeful and timely. It expands our view of Wilson’s heart and demonstrates his desire to uplift and uphold his fellow man. It continues to solidify Wilson, simultaneously, as a voice of the people, and for the people.