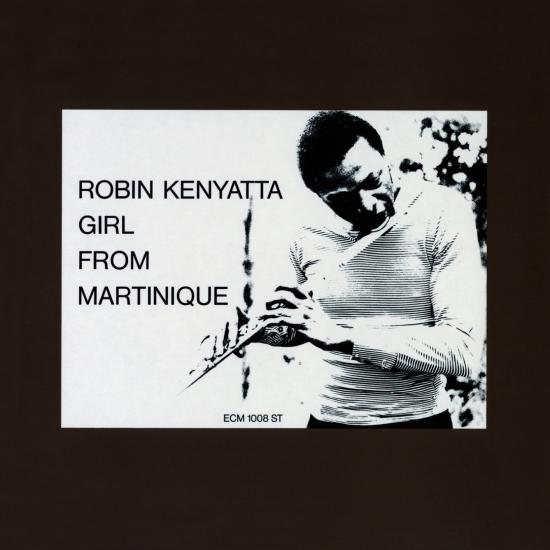 One night, after a gig in Harlem, a budding saxophonist by the name of Robin Kenyatta was approached by none other than Bill Dixon, who expressed an admiration for the young reedman’s skills and would soon introduce him to the likes of John Coltrane. Thus began a colorful and fascinating career that intersected with ECM for this album alone. The currently out-of-print Girl From Martinique shows Kenyatta at his most experimental, and the results are a mixed bag. The title track is the weakest, laden as it is with a hackneyed “psychedelic” reverb, though Kenyatta’s flute skills are in fine form here and are a joy to hear. So much so that I would have been happier listening to him play unaccompanied, perhaps in a more naturally resonant space. And while the piece does come into its own in the home stretch, it feels like too little too late. Thankfully, “Blues For Your Mama” is more straightforward with its heavy Clav bassline, priming a killer sax solo. “Thank You Jesus” sounds like a gospeller’s good dream turned bad, spicing things up with such brilliant chaos during the fadeout that one wonders where the session continued to travel after the mixing knob was turned down. The Caribbean-flavored “We’ll Be So Happy” is groovy and understated, a beautiful track that might easily have been extended to fill the entire album with no loss of interest. Kenyatta returns to the flute as an echoing Clav leads out with a mystical touch.
Kenyatta, who passed away in 2004 at the age of 62, was a standout player in the 1970s free jazz scene, and his intuition and improvisatory chops are in full evidence here. Yet in some ways this recording leaves something to be desired. The dated electronics and paltry arrangements question the need for support in its first half. The album is overproduced and, while archivally significant, shows a label (and a musician) still trying to find its voice. That all being said, the album grows with every listen as its nuances come to the fore, and rewards the patience put into it. Anyone without access to the original vinyl may want to check out Stompin’ at the Savoy (1974) or the funk-infused Gypsy Man (1972) for a taste of Kenyatta’s more commercially successful (and thereby more readily available) projects before plunking down a few bills for this blast from the past.
Robin Kenyatta, flute, alto saxophone, percussion
Wolfgang Dauner, Clavinet, piano
Arild Andersen, bass
Fred Braceful, drums
Recorded October 30, 1970 at Tonstudio Bauer, Ludwigsburg
Produced by Manfred Eicher
Digitally remastered 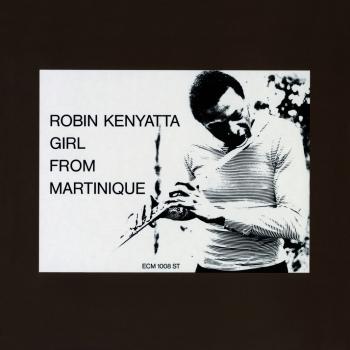 Robin Kenyatta
Though an often fierce and spirited alto saxophonist, Robin Kenyatta enjoyed a rather uneven career, particularly in terms of recordings. His best material was in the hard bop and free vein, where his solos were both intense and imaginative. Other times he played more contemporary material that was over-produced and rather unmemorable. Kenyatta played with Bill Dixon in the mid-’60s, and was featured during a series of New York concerts Dixon co-sponsored called “The October Revolution in Jazz.” He recorded with the Jazz Composer’s Orchestra, Roswell Rudd, Sonny Stitt, Dixon, Archie Shepp, and Barry Miles in the mid- and late ’60s, before heading his own bands. Kenyatta recorded with Alan Silva and Andrew Hill in the ’70s. During the late ’70s, he flirted with instrumental pop; in the ’80s and ’90s he tried to find a comfortable middle ground between fusion, instrumental pop, and his hard bop and free music roots. Kenyatta recorded for Vortex/Atlantic, ECM, ITM and Jazz Dance. (Ron Wynn, AMG)