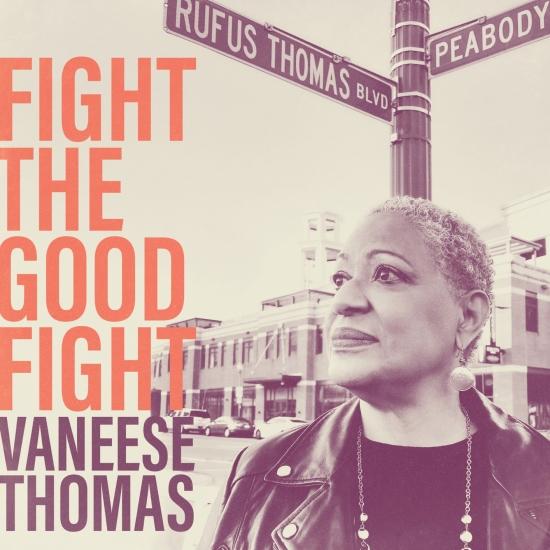 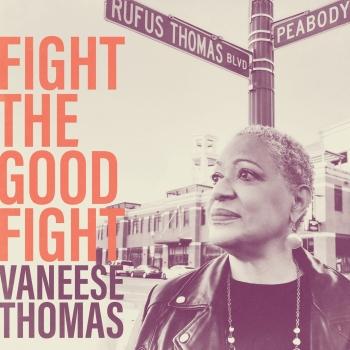 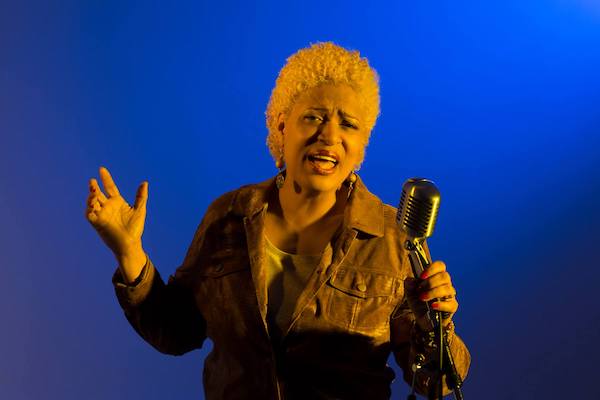 Vaneese Thomas
Born in Memphis Tennessee, Vaneese is the daughter of Rufus Thomas, whose legendary career as a musician and entertainer began in Vaudeville and spanned more than half a century in R&B recording and radio. Her older siblings are the hit recording artist “Memphis Queen” Carla Thomas and the highly respected keyboardist Marvell Thomas. Embracing this remarkable musical legacy, Vaneese carries forward the rich heritage of Memphis soul and R&B music that has touched generations and crossed many divides. At the same time, she has combined all the influences of her background and experience – R&B, gospel, blues, and jazz – to cultivate a soul-stirring style that’s all her own.
Highly regarded within the music industry, Vaneese’s talents as a singer, songwriter, producer, and actor have made her a sought-after solo performer as well as a first-call vocalist for projects by other top-name artists. She has worked with the renowned recording producer Phil Ramone and has sung with an astonishing array of internationally known performers including Luciano Pavarotti, Sting, Stevie Wonder, Michael Jackson, Celine Dion, Eric Clapton, and numerous others. Vaneese’s vocal career has taken her to concerts and festivals around the world. She has sung with the Baltimore and Colorado Symphonies in “Too Hot to Handel” under the baton of Marin Alsop and at:
Several Pavarotti & Friends concerts in Modena, Italy,
The Montreux Jazz Festival in Switzerland,
The Michael Jackson & Friends concerts with Luther Vandross in Seoul, Korea, and Munich, Germany,
And soul music festivals in Porretta, Narni, and Perugia, Italy.
Geffen Records released Vaneese’s first major recording in 1987. The eponymous album included the Top Ten R & B hit “Let’s Talk it Over.” In 1999 Vaneese used her own Peaceful Waters Music label to release When My Back’s Against The Wall, a gospel crossover hailed by Billboard Magazine as “a small label masterpiece that begs for attention from savvy majors.” A few years later came A Woman’s Love (2004), which combined R & B and silky, smooth-jazz vocals and in 2009 Vaneese released Soul Sister Vol. One, a collection of seminal soul classics. The CD, and the live show Vaneese has created from it, both pay tribute to some of the original soul sisters and honor the historical value of this irrepressible music. Embracing her musical roots and legacy, more recently Vaneese has released four albums dedicated to her father – Blues For My Father, (2014 Segue Records), The Long Journey Home (2016 Segue Records), Down Yonder (2019 Segue Records) and now Fight The Good Fight (2022 Blue Heart Records).
In addition to concerts and recordings, Vaneese has worked extensively in film and television. She was the voice of Grace the Bass on the PBS series Shining Time Station and Clio the Muse, Goddess of History, in Disney’s Hercules. She has sung on numerous film soundtracks including Anastasia, Mighty Aphrodite and The First Wives Club. TV appearances include The Late Show with David Letterman, Late Night with Conan O’Brien, and NBC’s Today. Vaneese has also produced recordings, created vocal arrangements, and written songs for Patti Austin, Freddie Jackson, Bob James, Larry Coryell, Melba Moore, and Diana Ross, who scored a Top Ten hit in the United Kingdom with Vaneese’s “One Shining Moment.” She helped found the Swarthmore College Gospel Choir and continues to direct the Alumni Gospel Choir. In late 2021, The Black Opry invited her to be a special guest at a songwriters circle held in Memphis. A second guest appearance followed at City Winery in New York during Black History Month 2022. Vaneese is a six-time Blues Music Award nominee for Soul Blues Female Artist and Blues For My Father garnered two BMA nominations for Best Soul Blues Album & Best New Artist Debut.