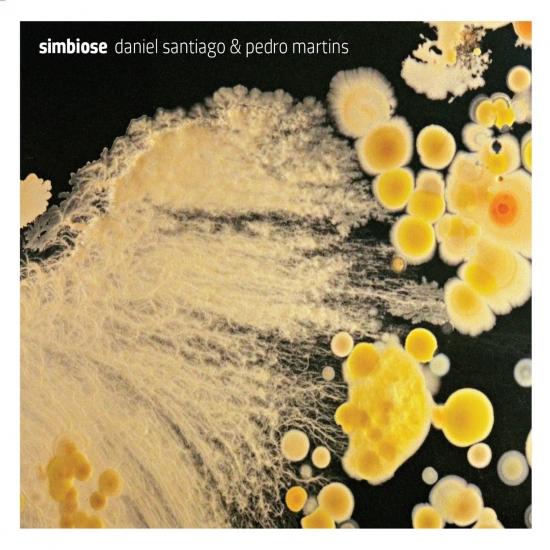 Simbiose is an exquisite guitar album by two of Brazil’s finest guitarists: Daniel Santiago and Pedro Martins. It’s a delightful set of interactions between acoustic and electric guitars with the addition of mesmerizing wordless vocals.
Most of the compositions are by Daniel Santiago except for one, where Pedro Martins takes the lead. The captivating music contains contemporary acoustic, jazz, classical and Brazilian traditional music elements.
Daniel and Pedro are friends, who grew up Brasilia. Daniel Santiago plays the acoustic guitar and Pedro Martins is on electric guitar. Both musicians provide vocals as well.
Symbiosis, referring to a mutually advantageous connection between two parties, is most certainly the proper word to sum up this duo date. Back in the summer of 2015, Brazilian guitarists Daniel Santiago and Pedro Martins took to the quiet confines of a studio in São Paulo and spun out these nine organic beauties. To hear their patient developments, gorgeously entwined lines, fluid rhythmic strumming, and wordless vocals merge from different angles is to hear life unfolding through the art of communication.
There's a marriage of gossamer grace and needlepoint focus to be found in these subdued stunners. From the dreamy "Retrato" opener, with sotto voce shadings, on through to the "Stardust"-sprinkled "Chorando E Sorrindo" closer, this duo demonstrates that mastery isn't always defined by age, and virtuosity isn't measured by how many notes you can cram into a bar. There are moments where this pair opens up its stride—on the steeplechase-esque title track, for example—but the athleticism in their hands and fingers is a natural byproduct of the music, not something that's simply flaunted. The two guitarists can impress just as easily with an open embrace like "Paz" as they can with sprinting and darting lines.
Eight of these nine numbers come from Santiago's pen, creating a consistency in language across the entire program. But the one contribution from Martins—a controlled yet wired "Refletindo," placed in the penultimate slot—also sits perfectly in the mix. Hearing that makes clear that the tonal congruence from song to song has more to do with how these two men connect than with who wrote what. Songs simply flower under the light of the synergistic spells cast by Daniel Santiago and Pedro Martins. (All About Jazz)
Daniel Santiago, acoustic guitar, vocals
Pedro Martins, electric guitar, vocals 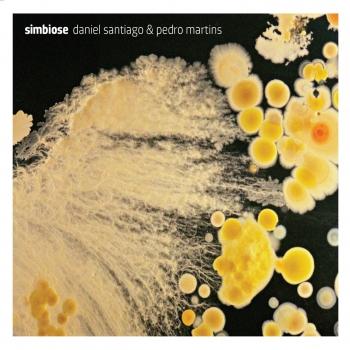 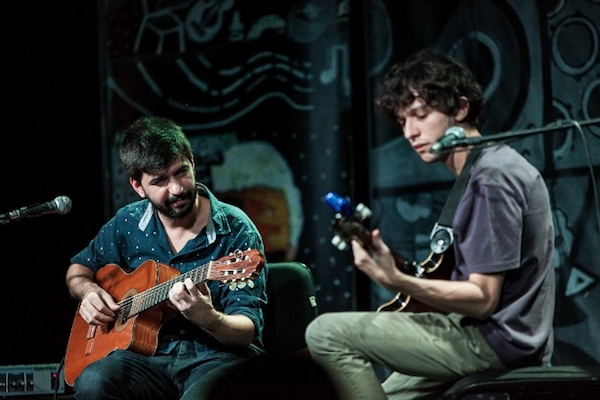 Daniel Santiago
Guitarrist, composer and arranger, Daniel Santiago was born in Brasilia on July, 1979 and had his first musical experience at seven, while studying at “Escola de Música de Brasília”, thus being influenced by several music genres such as Choro, Rock, MPB , Jazz and Classical. He was nineteen when , together with Hamilton de Holanda and Rogerio Caetano, founded the Brasilia-Brasil Trio, which album “Abre Alas” was released in 2001. In the same year, he was nominated as best instrumentalist for the “VISA AWARD”.
In the following years he toured regularly with Hamilton de Holanda's quintet, João Bosco Band, your own projects like "simbiose" with Pedro Martins and many others artists. Hamilton de Holanda's quintet has been awarded as “Best Instrumental Group” by “TIM Award” on the year of 2007 and has been nominated to the “2007 Latin Grammy Awards” along with Chick Corea and Bela Fleck as “Best Instrumental Album”.
Santiago also has worked with many great artists like Milton Nascimento, João Bosco, Hamilton de Holanda, Lee Ritenour, Ivan Lins, Maria Bethania, Hermeto Pascoal, Djavan, Richard Galliano, John Paul Jones, Toninho Horta, Kassandra Wilson, Gregoire Maret, Didier Lockwood, among others.
In 2006 he releases his first album, "On The Way" and in 2009 the acclaimed "Metropole", 2011 "Janeiro " duo with Gustav Ludgren, 2016 "Simbiose" with Pedro Martins. With Hamilton De Holanda, "Brasilianos" 1,2,3, "Sinfonia Monumental" and 2017 "Casa de Bituca".
Pedro Martins
is a 24 years old guy from Brasilia, but already enjoys International recognition for being voted the best guitarist in Socar Guitar Competition at the 49th Montreux Jazz Festival, the main event of this kind in the world. Pedro was the only Brazilian to integrate the programming of competition festival, with over nine talents of world guitar. His victory came both from the public and unanimously among the jury, which Kurt Rosenwinkel and John Mclaughlin were part, and was considered one of the new promises of this guitarists generation.