Waiting Out The Storm Jeremy Ivey 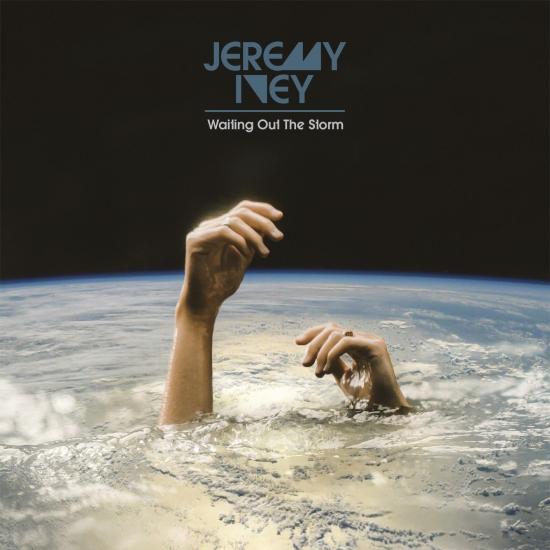 Info zu Waiting Out The Storm

Nashville-based performer Jeremy Ivey has operated in the background for years as a songwriter / guitarist with his wife, celebrated country-rock luminary Margo Price. Ivey is back in the spotlight with his sophomore solo album Waiting Out The Storm.
“Hey tomorrow people / how do you like it there? / How do you see yourself / and how does now compare?” Jeremy Ivey asks with the song “Tomorrow People” at the start of his second studio album Waiting Out The Storm. On this record Ivey takes a wider look at the world around us—the landscape, the people that populate it, and the ways in which we help each other survive against all odds. With his band the Extraterrestrials, Waiting Out The Storm finds Ivey expanding his sound and lyricism with electricity coursing through his veins and a passionate sense of urgency in his words.
Ivey wrote most of this album on the road with frequent collaborator, wife, and country phenom Margo Price, taking a lyrics-first approach for the first time in his career—and Price, who also produced The Dream and the Dreamer, joined him in the booth again here. "I work so quickly that I just wanted to not have to get anyone else involved," he enthuses. "I trust her, and it's good to have her there to reassure me." Waiting Out the Storm is as much a showcase for Ivey’s band the Extraterrestrials as well, with a full-bodied and unmistakably human sound that makes you feel as if you were just a few feet away from seeing them on the stage. "I decided to be political, but not so strongly one-sided about it," he continues when speaking on Waiting Out the Storm's lyrical themes. "Some of these songs are about things that are current, but they could also be true 30 years from now." Indeed, it's impossible to hear songs like the hard-chugging "Things Could Get Much Worse" or the wild-eyed anti-authoritarian screed "Hands Down in Your Pockets" and not find something truly relatable and universal—sentiments applicable to our past, present, and ever-uncertain future. Then there's the moody, overcast first single "Someone Else's Problem," which touches on universal themes of mutual compassion in society and what happens when it starts to fade: "Margo and I wrote it in about an hour on a flight from New York to Nashville," he explains. "We went back and forth till it came to me on the last verse, and I finally made the point that I wanted to. We’re all connected. Everything you do affects everyone else, and everything everyone else does affects you."
That lesson resonates quite closely with Ivey. As a Nashville resident, he and his fellow citizens have witnessed a series of unimaginable hardships over the last year, from the devastating tornado that ripped through the city in March to the ongoing COVID-19 pandemic—which Ivey himself fell ill to for several months. “I couldn’t quite beat it, so I was on the fringe,” he recalls. “It was rough. I had to deal with my mortality in a way that I hadn’t done yet. I’m enjoying my life a little bit more now, though. I’m appreciating my health more. Sometimes it takes staring death in the face to get to that point.”
And finding the light in the darkness is ultimately at the center of Waiting Out the Storm: our greatest responsibility is to each other, and there's failure only in forgetting that. "There's no such thing as someone else's problem," Ivey states. "As cliché as it is, we're all a living organism together, and we have to take care of ourselves while taking care of each other."
Jeremy Ivey, guitar, vocals, harmonica, piano, synthesizer
The Extraterrestrials are:
Evan Donohue, guitar, vocals
Coley Hinson, bass, vocals
Alex Munoz, guitar, lap steel
Josh Minyard, drums, percussion
Special guests:
Margo Price, vocals, percussion
Dillion Napier, drums, percussion
Micah Hulscher, organ, piano, synthesizer, electric piano
Dexter Green, vocals and additional arrangement on Movies 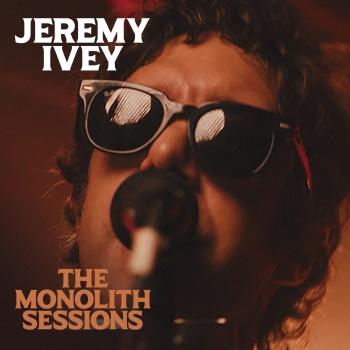 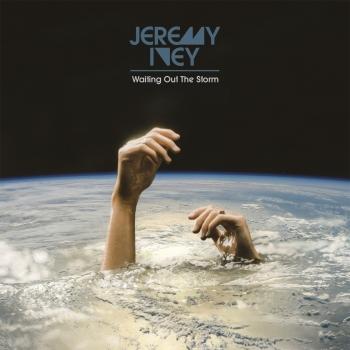 Waiting Out The Storm 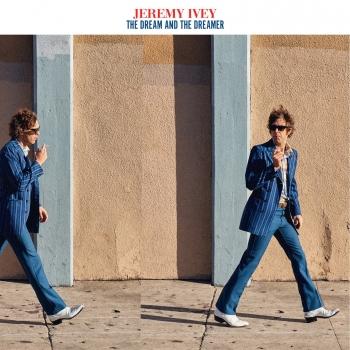 The Dream And The Dreamer 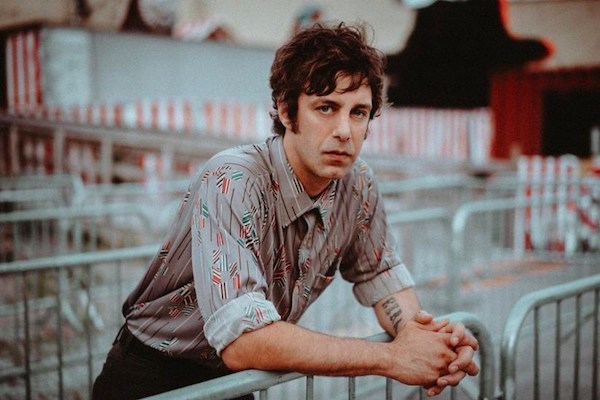 Jeremy Ivey
“I’m riding on a booger in the sneeze of space. That’s my bio,” jokes singer/songwriter Jeremy Ivey. It’s a tongue-in-cheek—albeit oddly fitting—description of the the Nashville-based performer, who has operated in the background for years, initially performing in bands like Secret Handshake and country-soul group Buffalo Clover with his wife, celebrated country-rock luminary Margo Price. But now, at 40, Ivey is ready to take a much-deserved step into the spotlight with a debut LP, The Dream and the Dreamer (out on September 13 via Anti- Records).
“I want to prove that you can be in your 40s and be at the peak of your creativity,” he says. “Not a has-been, but as an ‘is-being.’”
Recorded in a “little bitty house studio” in Nashville and produced by Price, the nine-song album hosts a collection of homespun, deeply introspective tracks. Ivey, who writes prolifically and ideally wants to release an album a year, cites everyone from the Beatles to Neil Young, Leonard Cohen, and Bob Dylan as influences.
Price has also been an enormous supporter since the day they met when Ivey was 25 and she was 20. “My 20s were a mixed bag between learning to play, but also being told not to,” he says, recalling an earlier relationship. “I didn't go to college. I grew up very sheltered in a very religious home, and I wasn't allowed to listen to a lot of music. I was pretty green and naïve.... And then when I met Margo, of course, she was a musician herself, and she was encouraging and telling me that I was good.” Unlike his country-soul aesthetic in Buffalo Clover, which disbanded in 2013, Ivey’s solo material is much more straightforward yet still travels through a wide spectrum of classic folk, gently frayed psychedelia, pop, and yes, even a bit of Southern rock and Americana. Piano-tinged opener “Diamonds Back To Coal” begins simply with open-chord strums but soon evolves into a multi-layered chorus of harmony and bouncy mid-tempo melody.
Beneath its uptempo exterior, though, lies a deep preoccupation with the news cycle and problematic nature of Manifest Destiny. “I wrote ‘Diamonds Back To Coal’ during a very frustrating week in America. It was the week that the Vegas shootings and the alt-right march happened,” Ivey says. “The slogan ‘Make America Great Again’ is an influence on the chorus. [Because] if anything, we're making the environment worse. When we came and infiltrated the Native Americans’ way of living, we started reversing the beauty that this land had. It has to do with modern man being a trespasser.”
Regression is admittedly a difficult notion for Ivey, who moved away from his conservative Georgia home after high school and bounced around, primarily doing prep work in kitchens. The harmonica-accented “Story of a Fish” chronicles Ivey’s personal diaspora, specifically relating to his upbringing. “I’m adopted, and I think that I always related with the story of salmon and how they’re born,” he reveals. “The idea of being born far from your home, you know? You were born here, but you gotta get elsewhere. That's the way I always felt. I always felt that I was born in the wrong place to the wrong people at the wrong time.”
Equally poetic is “Greyhound,” a twanging, Willie Nelson-esque cut that features Price on backing vocals and is an ode to, as Ivey calls it, “the lowest form of travel.” “It's about one specific trip I took from Massachusetts down to Georgia,” he elaborates. “We kind of treat [Greyhound bus passengers] like cattle. In a Greyhound, there's no hierarchy. Everyone's lower class. It’s about seeing America, kind of living at that level of near-homelessness.”
Though he’s far from anchorless these days, as a family man with one young son and a newborn, The Dream and the Dreamer is deeply indicative of Ivey’s roving mind. Its piano-led title track, which closes out the record, seeks to recapture the idea of the American Dream.
“I wrote The Dream and the Dreamer in my sleep,” comments Ivey. “[Margo and I] were in Mexico. We both passed out kind of early and I woke up in the night and I had this dream about these two characters. One of them was a glowing green ball and the other one was a figure. The dream is a green ball and a figure was the dreamer… And then it turned out that it was a story is about America, and that the dream was the American dream. The dreamer was the exodus from England to find a new place.”
Meanwhile, Ivey is invested in his own version of the American Dream—specifically, offering up a melting pot of genres, ideas, and stories. “The best thing I could say is that I'm trying to fill the holes that I can see in the scene,” he says. “Whether it be Americana or country or rock or whatever. There's a certain type of song that isn't being written.”