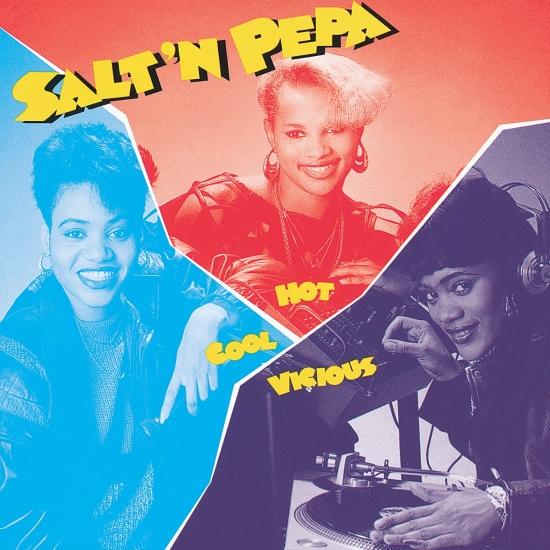 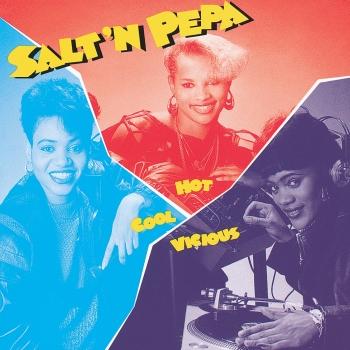 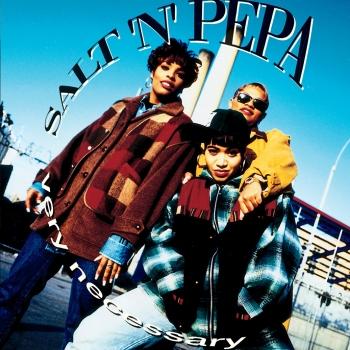 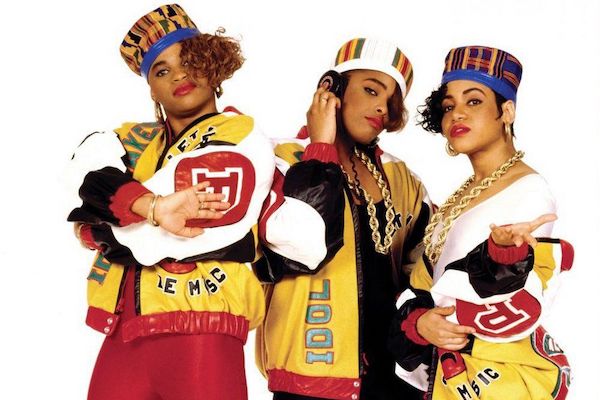 Salt-n-Pepa
By the late '80s, hip-hop was on its way to becoming a male-dominated art form, which is what made the emergence of Salt-n-Pepa so significant. As the first all-female rap crew (even their DJs were women) of importance, the group broke down a number of doors for women in hip-hop. They were also one of the first rap artists to cross over into the pop mainstream, laying the groundwork for the music's widespread acceptance in the early '90s. Salt-n-Pepa were more pop-oriented than many of their contemporaries, since their songs were primarily party and love anthems, driven by big beats and interlaced with vaguely pro-feminist lyrics that seemed more powerful when delivered by the charismatic and sexy trio. While songs like "Push It" and "Shake Your Thang" made the group appear to be a one-hit pop group during the late '80s, Salt-n-Pepa defied expectations and became one of the few hip-hop artists to develop a long-term career. Along with LL Cool J, the trio had major hits in both the '80s and '90s, and, if anything, they hit the height of their popularity in 1994, when "Shoop" and "Whatta Man" drove their third album, Very Necessary, into the Top Ten.
Hot, Cool & ViciousCheryl "Salt" James and Sandy "Pepa" Denton were working at a Sears store in Queens, New York, when their co-worker, and Salt's boyfriend, Hurby "Luv Bug" Azor asked the duo to rap on a song he was producing for his audio production class at New York City's Center for Media Arts. The trio wrote an answer to Doug E. Fresh and Slick Rick's "The Show," entitling it "The Show Stopper." The song was released as a single under the name Super Nature in the summer of 1985, and it became an underground hit, peaking at number 46 on the national R&B charts. Based on its success, the duo, who were now named Salt-n-Pepa after a line in "The Show Stopper," signed with the national indie label Next Plateau. Azor, who had become their manager, produced their 1986 debut Hot, Cool & Vicious, which also featured DJ Pamela Green. He also took songwriting credit for the album, despite the duo's claims that they wrote many of its lyrics.
A Salt with a Deadly PepaThree singles from Hot, Cool & Vicious -- "My Mike Sounds Nice," "Tramp," "Chick on the Side" -- became moderate hits in 1987 before Cameron Paul, a DJ at a San Francisco radio station, remixed "Push It," the B-side of "Tramp," and it became a local hit. "Push It" was soon released nationally and it became a massive hit, climbing to number 19 on the pop charts; the single became one of the first rap records to be nominated for a Grammy. Salt-n-Pepa jettisoned Greene and added rapper and DJ Spinderella (born Deidre "Dee Dee" Roper) before recording their second album, A Salt With a Deadly Pepa. Though the album featured the Top Ten R&B hit "Shake Your Thang," which was recorded with the go-go band E.U., it received mixed reviews and was only a minor hit.
A Blitz of Salt-N-Pepa Hits: The Hits RemixedThe remix album A Blitz of Salt-n-Pepa Hits was released in 1989 as the group prepared their third album, Blacks' Magic. Upon its spring release, Blacks' Magic was greeted with strong reviews and sales. The album was embraced strongly by the hip-hop community, whose more strident members accused the band of trying too hard to crossover to the pop market. "Expression" spent eight weeks at the top of the rap charts and went gold before it was even cracked the pop charts, where it would later peak at 26. Another single from the album, "Let's Talk About Sex," became their biggest pop hit to date, climbing to number 13. They later re-recorded the song as a safe-sex rap, "Let's Talk About AIDS."
Before they recorded their fourth album, Salt-n-Pepa separated from Azor, who had already stopped seeing Salt several years ago. Signing with London/Polygram, the group released Very Necessary in 1993. The album was catchy and sexy without being a sellout, and the group's new, sophisticated sound quickly became a monster hit. "Shoop" reached number four on the pop charts, which led the album to the same position as well. "Whatta Man," a duet with the vocal group En Vogue, reached number three on both the pop and R&B charts in 1994. A final single from the album, "None of Your Business," was a lesser hit, but it won the Grammy for Best Rap Performance in 1995. Since the release of Very Necessary, Salt-n-Pepa have been quiet, spending some time on beginning acting careers. Both had already appeared in the 1993 comedy Who's the Man? (Stephen Thomas Erlewine, AMG)